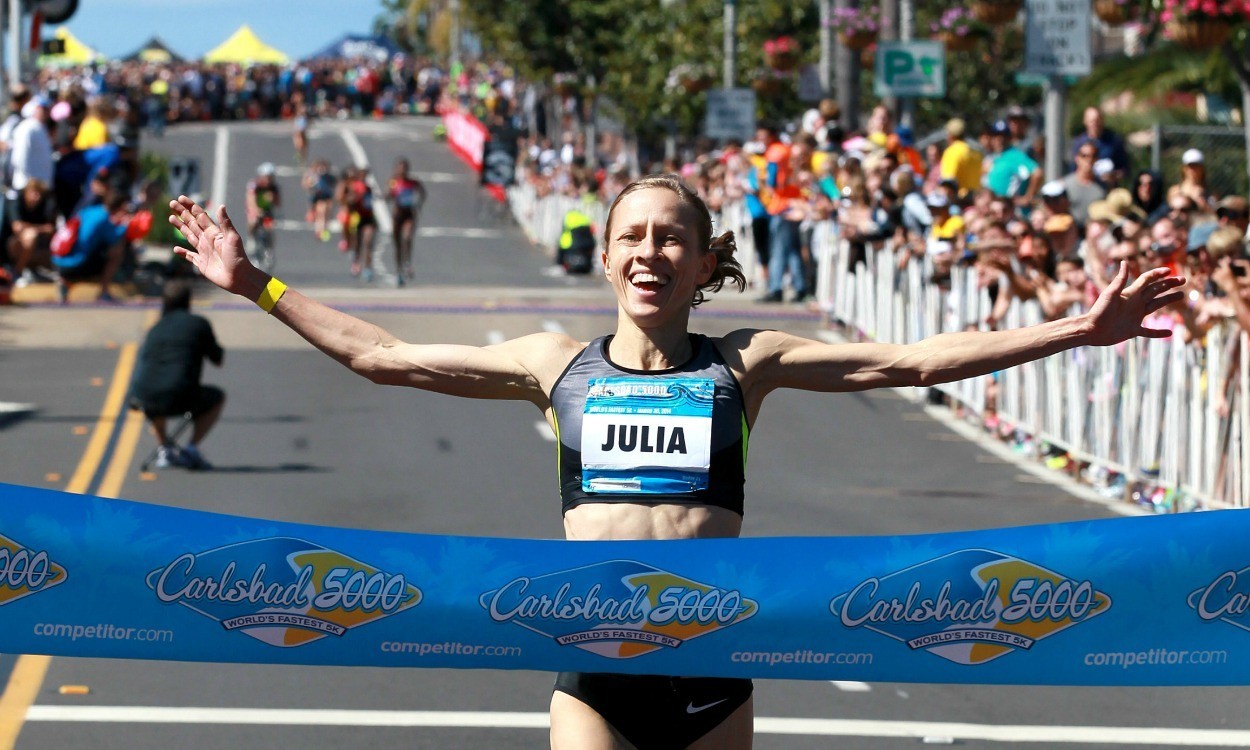 Defending champ Dejen Gebremeskel, Hagos Gebrhiwet and Linet Masai also among those in action in Boston

Having clocked 15:06 at the Carlsbad 5000 last month for a clear victory and to go third on the UK all-time list for 5km, Julia Bleasdale returns to action at the B.A.A. 5K on Saturday.

She’s sure to be one to watch at the event, which is held two days before the Boston Marathon – the 26.2 mile event including athletes such as Rita Jeptoo, Mare Dibaba, Shalane Flanagan, Dennis Kimetto, Wilson Chebet and Ryan Hall among its entrants.

In the 5km, Bleasdale will face strong competition from the likes of 2009 world 10,000m champion Linet Masai of Kenya and American 5000m record-holder Molly Huddle as she lines up as part of a high-quality women’s field.

She was just four seconds off her 5000m track personal best from the 2012 Olympics with her winning time in California, proving the the double Olympic finalist’s recent block of training in Ethiopia is clearly paying off.

It was a very promising start to the season for Bleasdale, who missed last summer with injury and made her return over the winter, with results including a seventh-place finish at the European Cross Country Championships.

Like Bleasdale, defending B.A.A. 5K champion and course record-holder Dejen Gebremeskel was victorious at the Carlsbad 5000 and he will also be looking to continue his winning ways as the Olympic 5000m silver medallist takes on the likes of fellow Ethiopian Hagos Gebrhiwet, the world 5000m silver medallist in Boston.

Fresh from Brighton 10K victory, which followed wins in Trafford and Armagh, Nick McCormick also lines up, as does American Ben True, who won the B.A.A. 5K in 2011 and 2012, and last year’s B.A.A. 10K champion Stephen Sambu of Kenya.

Defending champions Nick Willis of New Zealand and two-time winner Morgan Uceny of the USA both return to contest the Invitational Mile. Britain’s Chris O’Hare is also among the confirmed entries.