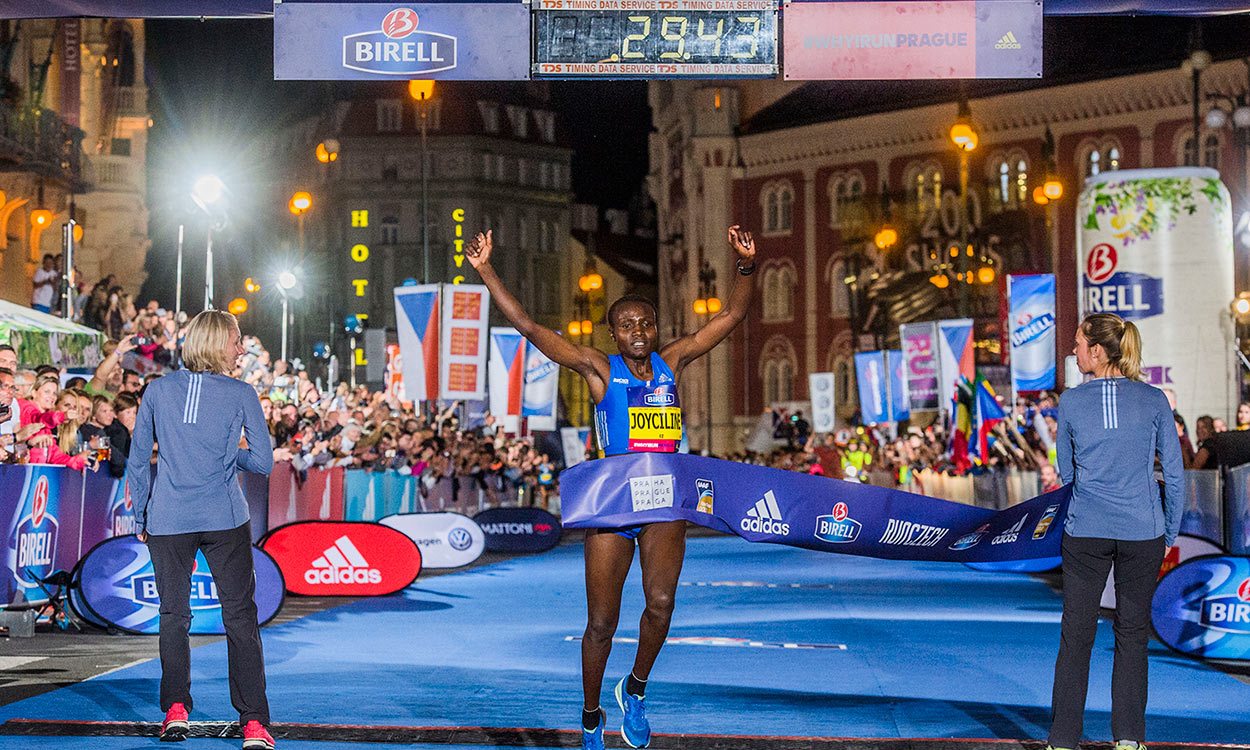 Jepkosgei becomes the first woman to break 30 minutes for a road 10km with 29:43 at the Birell Prague Grand Prix

Joyciline Jepkosgei has become the first woman to run inside 30 minutes for a road 10km as she clocked 29:43 at the Birell Prague Grand Prix in Prague on Saturday.

Improving her own previous world record of 30:04, which was set in the Czech capital in April, the Kenyan also set a world 5km best of 14:32 en route.

That previous 10km mark had been run on the day that Jepkosgei broke four world records – over 10km, 15km, 20km and the half-marathon – on her way to victory at the Sportisimo Prague Half Marathon.

“I’m really pleased to have won today and managed to break a world record,” the 23-year-old told event organisers RunCzech.

“The whole race was really tough and I basically had my heart set on a record right from the start which really took it out of me. But I’m really happy to have succeeded.”

Her fellow Kenyan Fancy Chemutai was second in 30:06, while Violah Jepchumba was third in 30:25.

Kenya’s Bernard Kimeli ran a world-leading 27:10 to win the men’s race ahead of namesake Mathew Kimeli with 27:11 and Rhonex Kipruto with 27:13.

“I’m really pleased with my time,” said the winner. “The pacemakers were running a bit too slow, so I decided to take things into my own hands and set my own pace.”