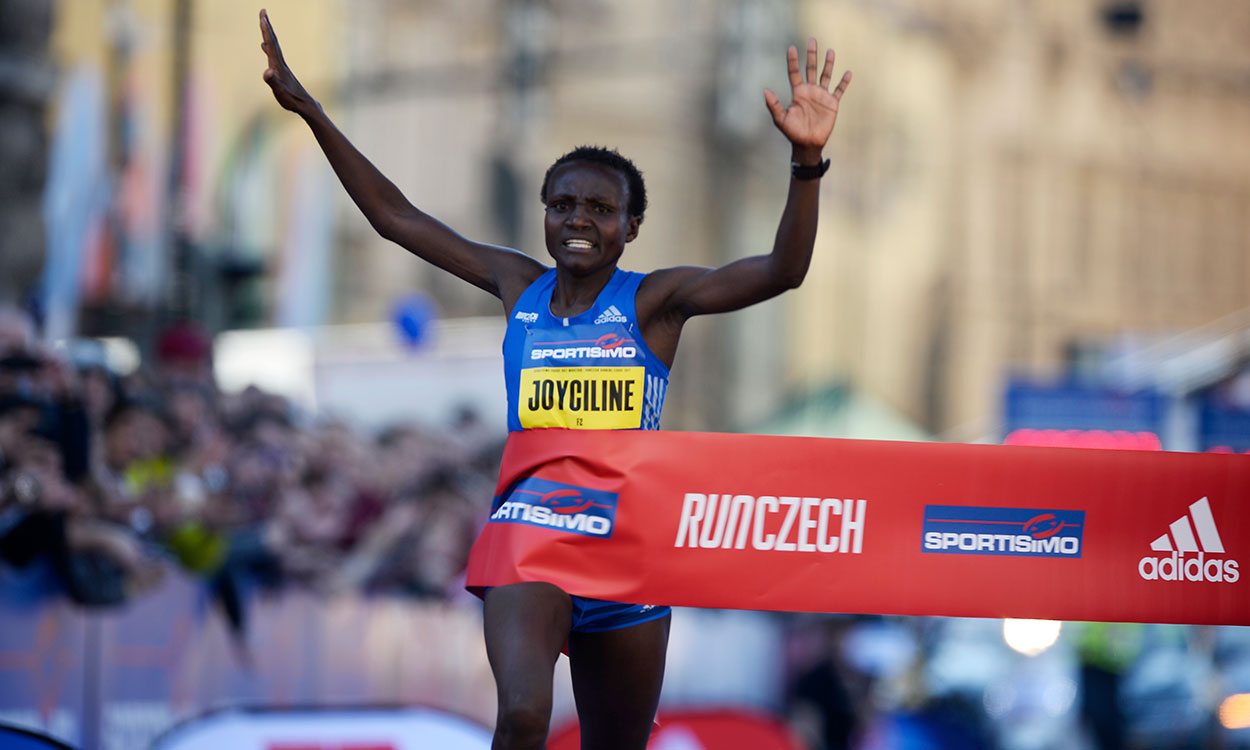 Joyciline Jepkosgei smashed the world half-marathon record at the Sportisimo Prague Half Marathon on Saturday, also breaking three other world records on her way to her time of 64:52.

“I didn’t know I would break the world record today,” said Jepkosgei, who had a previous half-marathon best of 66:08 from this year’s Ras Al Khaimah Half Marathon.

“I only wanted to improve my time. This was a surprise for me. I am very happy!”

Competing in the fifth half-marathon of her career so far, the 23-year-old clocked 14:53 for the first 5km and she was joined for the first half of the race by defending champion Violah Jepchumba.

As Jepkosgei went through 10km in 30:05, Jepchumba was one second behind her, with both athletes improving on the previous world 10km record of 30:21 which had been set by Paula Radcliffe in 2003.

Jepkosgei’s 15km split of 45:37 saw her three seconds ahead of Jepchumba at that point, with both athletes again inside the previous world record for that distance which was 46:14 run by Florence Kiplagat in 2015.

Further pulling away from Jepchumba, Jepkosgei recorded her third world record at the 20km point and went on to cross the line with 64:52 on the clock to shave 14 seconds from the world half-marathon record time set earlier this year by Peres Jepchirchir.

Kenya’s Josphat Tanui and Geoffrey Yegon were second and third in 60:38 and 60:41 respectively.

» World records are all subject to the usual IAAF ratification procedures