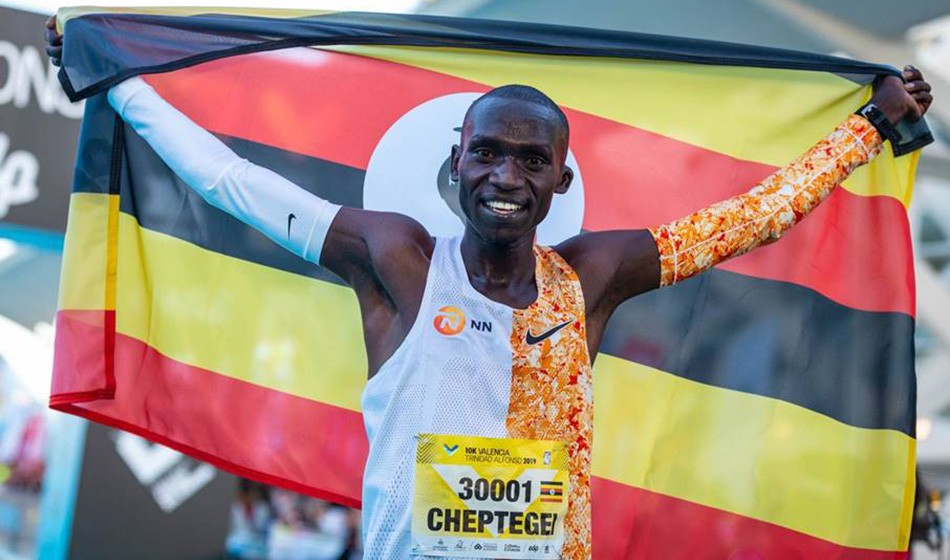 Joshua Cheptegei stormed to a world 10km road record with 26:38 in Valencia on Sunday.

After world cross country and 10,000m titles won in March and October respectively, this record rounds out an impressive year for the 23-year-old Ugandan.

The record earned him a €40,000 paycheck as the 10km event was held alongside the marathon (report here) for the final time.

“World Cross champion in Denmark, 10,000m world champion in Doha and now the world record here in Valencia,” said Cheptegei. “What a year it has been. I can’t believe it!

“I knew that Valencia was going to be a really fast course, one of the fastest in the world. So to get to achieve what we came here for is something really special. This year has made me so happy.”

Cheptegei won by a big margin, with his compatriot Kevin Kibet second in 28:19 and Sweden’s Mohammad Reza Abootorabi third in 28:35.

Britain’s Adam Clarke finished fifth in a PB of 28:40, improving on his previous best of 29:28 from Cardiff in March, while fellow Brit Joshua Grace clocked a PB of 29:00.

Sweden’s Linn Nilsson won the women’s race in 32:53 ahead of Spain’s Marta Galimany.