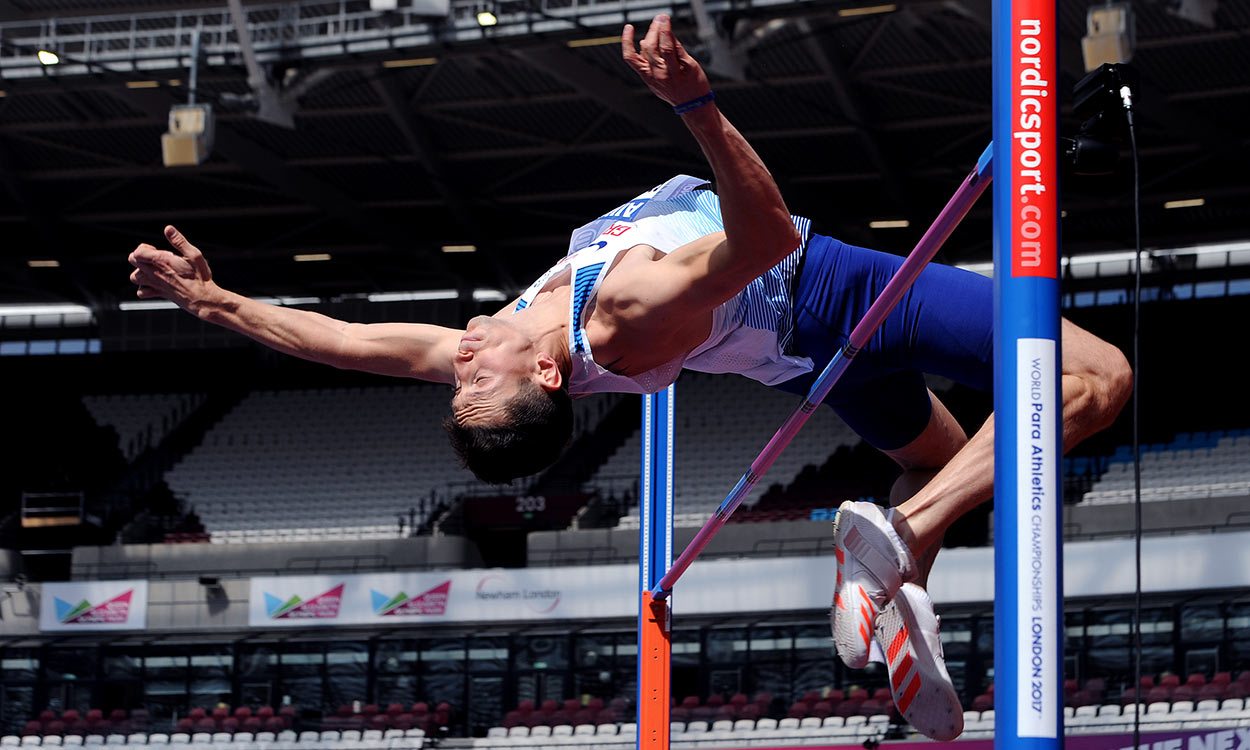 In a repeat of the top two at the Rio 2016 Paralympics plus the past two editions of the world championships in Doha (2015) and Lyon (2013), Broom-Edwards cleared a best of 2.08m to add another global medal to his haul, while world record-holder Lepiato soared over 2.14m to get gold.

“It’s been a long wait to get out here and the nerves have crept in, but at the same time, it was worth the wait for the experience out there,” said Broom-Edwards, who was born with talipes equinovarus, or club foot, affecting his left leg and also has a muscular imbalance throughout his body.

“Lepiato is a great athlete and a great guy. He’s the one that will push me on to a higher level and I feel like he was there for the taking today.”

Lepiato, who had broken the then world record with 2.12m when winning gold at the London Paralympics five years ago and now has a best of 2.19m from Rio, said: “This is my fourth world title and I think that is also the thing which motivates me to go on with jumping. I love this sport and I do what I love.”

Japan’s Toru Suzuki claimed bronze after his clearance of 2.01m.

There was a world record-breaking performance in the men’s F38 javelin final as Australia’s Jayden Sawyer improved to 52.96m to take the title ahead of South Africa’s Reinhardt Hamman with 50.48m.

In the T13 long jump final, Zak Skinner, making his debut for GB in London, leapt a PB of 6.64m (-2.0 m/s) to add 10cm to his previous best and just miss out on a medal. The 18-year-old visually-impaired athlete, who also contested the 100m, finished fourth in a competition won by Cuba’s world record-holder Luis Felipe Gutiérrez with a championship best jump of 7.40m (-1.8 m/s).

Dyan Buis of South Africa won the T38 400m in 50.87 from Dixon De Jesus Hooker Velasquez of Colombia with a 51.18 area record. Victory in the women’s F33 shot put was claimed by Algeria’s Asmahane Boudjadar in an area record 5.92m, while Saman Pakbaz of Iran won the F12 shot put with 15.82m. China’s Wang Yanzhang won the F34 discus with a throw of 37.16m.

A strong start set GB’s Graeme Ballard up well and he finished second in his T36 100m heat in 12.66 to progress to this evening’s final along with his team-mate Paul Blake whose 12.85 for fourth also saw him advance. Iran’s Saman Pakbaz won the first T37 400m heat in 55.38, while won Ireland’s Paul Keogan won the second heat in 57.07.

» Full results can be found here, while a day-by-day guide to London 2017 action is here