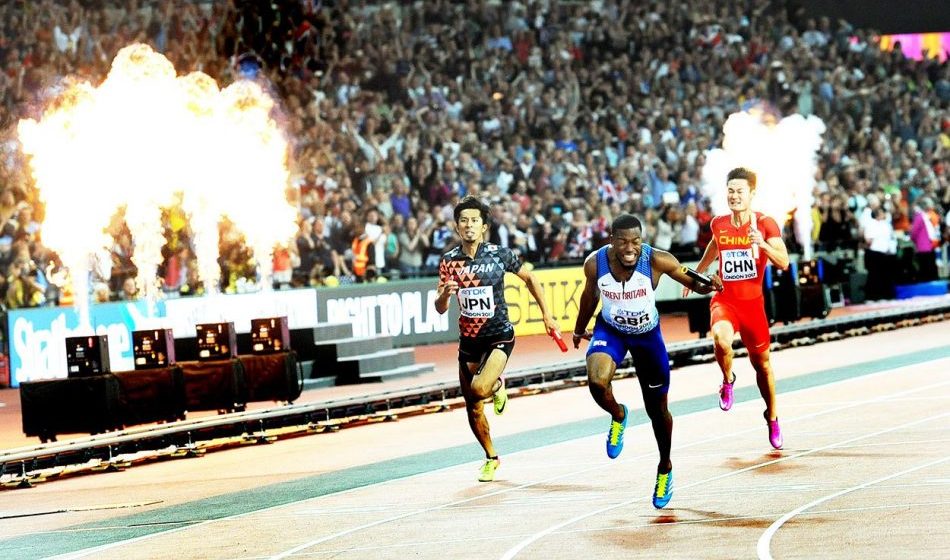 The IAAF World Championships London 2017 might now be over but the memories will last a lifetime.

Here we take a look back at some of the standout moments from the 10-day event.

The first final of the championships saw a 10th consecutive global gold gained by Mo Farah he won the 10,000m in superb style, beating Uganda’s Joshua Cheptegei and Kenyan Paul Tanui. Usain Bolt took to the track for the first time at his final major championships, winning his 100m heat in 10.07, while Justin Gatlin had to endure a few boos from sections of the London Stadium as he won his heat in 10.05.

Justin Gatlin spoiled the farewell party of the world’s most popular athlete as he won the 100m title ahead of Christian Coleman and Usain Bolt. Luvo Manyonga leapt to long jump gold, while Andrius Gudzius was a surprise discus winner and Almaz Ayana destroyed her opposition to take the 10,000m title. Last year’s British 10,000m champion Jessica Martin announced her retirement from international athletics.

Geoffrey Kirui claimed men’s marathon gold as Callum Hawkins finished a fine fourth, while the women’s title was won by Rose Chelimo from two-time champion Edna Kiplagat and American Amy Cragg as Charlotte Purdue was top Brit. Callum Hawkins later explained how he is looking forward to doing domestic battle with Mo Farah on the roads after his superb run in London. Tom Walsh won the shot put title and Katerina Stefanidi was a class apart to claim pole vault victory. Tori Bowie dipped to take the 100m title ahead of Marie-Josée Ta Lou in a thrilling final. Nafissatou Thiam added the world heptathlon title to her Olympic gold, while Britain’s Katarina Johnson-Thompson finished fifth. Kyle Langford stormed into the 800m final.

Anita Wlodarczyk maintained her dominance to win a third world hammer title, while Omar McLeod won a first gold for Jamaica at the London championships by taking the 110m hurdles title. Kenya’s Faith Kipyegon won a breathless 1500m as Britain’s Laura Muir just missed a medal and Laura Weightman was a superb sixth.

Barbora Spotakova continued her winning ways in London as she regained the javelin title, while Conseslus Kipruto added the world title to his Olympic steeplechase gold. USA’s Sam Kendricks won the pole vault from Piotr Lisek and Renaud Lavillenie. Pierre-Ambroise Bosse was a surprise 800m winner as Britain’s Kyle Langford unleashed an inspired sprint finish to place fourth. Langford later spoke about targeting titles in the future. Wayde van Niekerk won the 400m but spared a thought for Isaac Makwala who was prevented from competing following illness.

Mo Farah cruised through his 5000m heat to remain on track for another world distance double, while Isaac Makwala took on a solo 200m heat in an attempt to progress to the semi-finals following his illness. There was gold for Gong Lijiao in the shot put, while Norway’s Karsten Warholm stunned the world and himself with a clear-cut victory in the 400m hurdles. USA’s Phyllis Francis won 400m gold as Olympic champion Shaunae Miller-Uibo suffered a stumble.

Was win enough for @Taylored2jump today? "Honestly? I've just been chasing this number. This magical 18.29m. I always want to put on a show" pic.twitter.com/VRpcjo4BAS

USA’s Brittney Reese won her eighth global long jump gold, with GB’s Lorraine Ugen finishing fifth. A memorable women’s 3000m steeplechase was won by Emma Coburn as she led a US one-two in a championship record time. The women’s 200m title was retained by Dafne Schippers in a race which saw GB’s Dina Asher-Smith finish fourth as she continued her comeback after injury. Pawel Fadjek sealed a world hammer hat-trick and Nick Miller produced the best-ever result by a British man at the world championships.

.@emmajcoburn: "I was pretty surprised that we got a (US) 1-2, it was a dream come true." #IAAFWorlds pic.twitter.com/66DHL0bd2b

A relay great morning of action saw all four British teams advance to the finals, while Usain Bolt took to the track for his penultimate race. Sally Pearson surged to victory in the 100m hurdles to gain a golden global comeback, while Maria Lasitskene retained the high jump title and two British athletes cleared 1.95m in the same competition for the first time. Mo Farah missed out on a golden global goodbye to the track as Muktar Edris won the 5000m title for Ethiopia. A second gold was won for the host nation as the men’s 4x100m team stormed to take the title and Usain Bolt bowed out injured, while GB’s women struck sprint relay silver behind the USA. Johannes Vetter won javelin gold and Kevin Mayer claimed the decathlon title.

4x100m… GB gets the gold!! Drama as Usain Bolt pulls up in his final race #IAAFWorlds pic.twitter.com/c6oJRaZR0D

Bolt: "I'm always going to leave everything on the track … I don't know why this happened but I feel everything happens for a reason." pic.twitter.com/HukQkAPOKp