IAAF World Championships London 2017: Who, what and when? 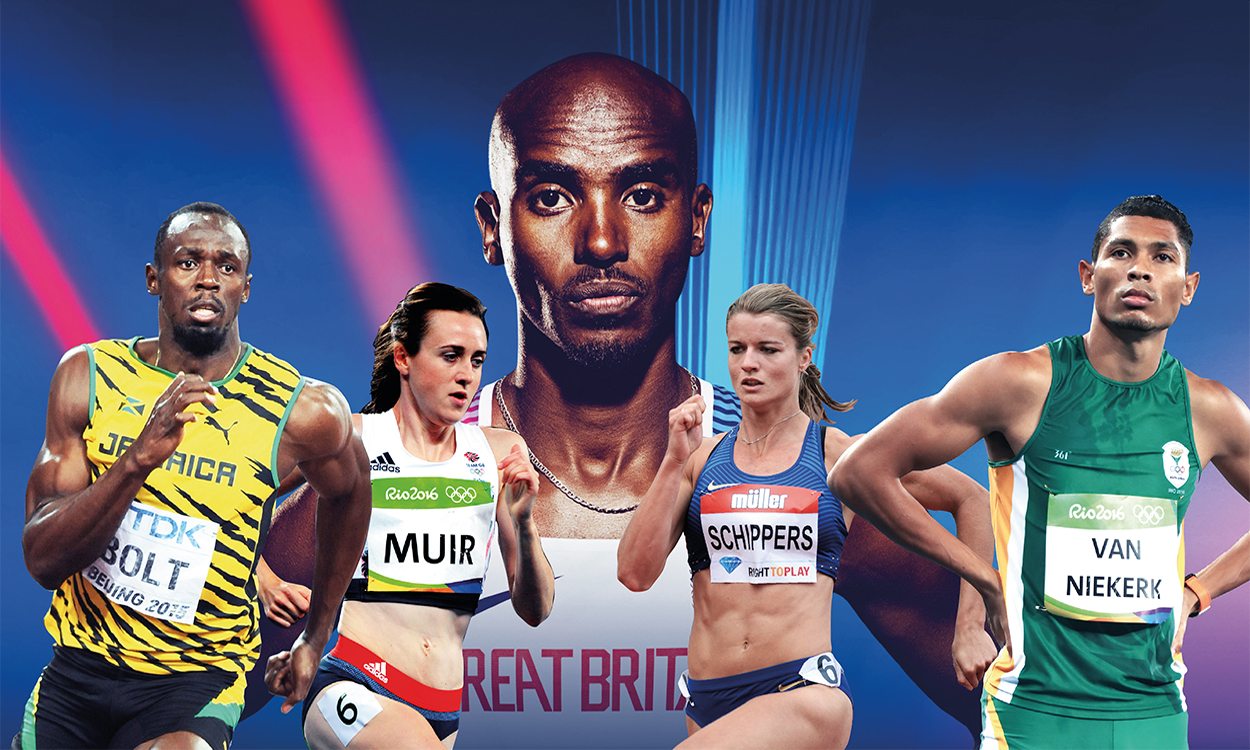 A day-by-day guide to the action in London

A packed programme is set for the IAAF World Championships from August 4-13 as the top athletes from around the globe go for gold in the London Stadium.

Here we take a day-by-day look through the London 2017 schedule and highlight some ones to watch. Times stated are local (BST) and were correct at the time of publication.

Make sure you check out the August 3 edition of AW magazine for event-by-event previews, interviews, news, a form guide and more. Our dedicated online London 2017 section can be found here.

This is set to be the last major championships for athletics superstars Usain Bolt and Mo Farah and both are in action on the first evening – Bolt in the 100m heats along with Britain’s James Dasaolu, Reece Prescod and CJ Ujah, plus Farah in the 10,000m final. Laura Muir starts her campaign towards a 1500m and 5000m double with the first round of the shorter event and she’s joined by Laura Weightman, Jessica Judd and Sarah McDonald. British record-holder Holly Bradshaw is among those in pole vault qualifying.

Katarina Johnson-Thompson and Nafissatou Thiam take to the track for the start of the heptathlon. World record-holder Wayde van Niekerk goes in the first round of the 400m as he starts his journey towards a 200m and 400m double, with Britain’s Dwayne Cowan, Matthew Hudson-Smith and Martyn Rooney in action. The women’s 100m heats will see Elaine Thompson, Desiree Henry, Daryll Neita and Asha Philip compete.

The heptathlon continues with the shot put and 200m, while British record-holder Laura Muir will be among those looking to advance to the 1500m final. The men’s long jump final, missing Greg Rutherford through injury, also takes place. The women’s 10,000m final will include Tirunesh Dibaba and Almaz Ayana, plus Britain’s Jess Martin, Beth Potter and Charlotte Taylor. Then, provided the earlier rounds have all gone to plan, Usain Bolt will line up for his last ever individual major championships final.

The marathon events take place on the streets of the city, starting and finishing on Tower Bridge. Back in the London Stadium, the heptathlon resumes with the long jump and javelin, while GB has three representatives in the steeplechase in Rob Mullett, Zak Seddon and Ieuan Thomas.

After breaking the British outdoor pole vault record twice this season, Holly Bradshaw will hope to continue her fine form in the final. Athletes return for the second rounds of the men’s 400m, 110m hurdles and 800m, which will be missing Kenya’s world record-holder David Rudisha through injury. Can double Olympic sprint champion Elaine Thompson continue her unbeaten run in the 100m final? After seven events, the heptathlon champion will be crowned and seeing the standard of the competition at the Hypo Meeting in Götzis it’s set to be a highlight.

Can Aries Merritt mark an incredible return after a kidney transplant by adding the world 110m hurdles title to his Olympic gold from London in 2012? Britain’s Andrew Pozzi has the form to also make an impact should he progress to the final. Laura Muir will hope to make her presence felt in the first of what could be two world finals for the Scottish star as she likely faces Olympic champion Faith Kipyegon and world record-holder Genzebe Dibaba. After claiming Olympic hammer bronze in Rio last summer, Sophie Hitchon will look to further impress in front of a home crowd.

World record-holder Renaud Lavillenie has never won world pole vault gold but he claimed the Olympic title in London five years ago. The first round of the women’s 200m gets under way, with British record-holder Dina Asher-Smith joined by Shannon Hylton and Bianca Williams plus defending champion Dafne Schippers and USA’s Tori Bowie. David Rudisha is out injured and his fellow Kenyan Emmanuel Korir should start as favourite in the 800m final, while eyes will be on Wayde van Niekerk in the 400m final.

After racing the 10,000m on Friday, Mo Farah will be back in action for the first round of the 5000m where he will be joined by team-mates Andrew Butchart and Marc Scott. Olympic champion Kerron Clement and rising star Kyron McMaster are set to go head-to-head in the 400m hurdles final, while the women’s 400m final is likely to see Allyson Felix battle with Shaunae Miller-Uibo for top spot. Valerie Adams is not competing as she is pregnant with her first child, but Michelle Carter is a favourite for shot put gold.

After contesting the 1500m, Laura Muir will be back on the track for the first round of the 5000m where she will be joined by fellow Brits Eilish McColgan and Steph Twell, plus Hellen Obiri, Genzebe Dibaba and Almaz Ayana. The standards in the men’s javelin are impressive right now and German duo Thomas Röhler and Johannes Vetter will get their campaigns under way with qualifying. Katarina Johnson-Thompson is entered for the high jump following the heptathlon and she would join Morgan Lake and Maria Lasitskene, who will be competing as a neutral athlete. Can USA’s Christian Taylor break Jonathan Edwards’ world record in the triple jump? After also racing the 1500m, Olympic 800m champion Caster Semenya will be back in action as she takes on the first round in her favoured event. Eilidh Doyle is the GB team captain and will look to lead by example in the 400m hurdles final, while the 200m final will be without Usain Bolt as he concentrates on the shorter event, with Zharnel Hughes, Nethaneel Mitchell-Blake and Danny Talbot racing over the half-lap for GB and hopeful of a spot in the final.

Friday marks the start of 10 events in two days, with Kevin Mayer, Damian Warner and Britain’s Ashley Bryant among those in decathlon action. After missing last year’s Olympics, world record-holder Kendra Harrison will be looking to make an impact on the global stage and the first round of the 100m hurdles gets under way on day eight, with Alicia Barrett and Tiffany Porter racing for the host nation. Robbie Grabarz goes in high jump qualifying in the same stadium in which he claimed Olympic bronze.

Shara Proctor, Jazmin Sawyers and Lorraine Ugen will be seeking success in front of home fans in the long jump final, while Dafne Schippers will hope to retain her 200m title.

It’s a morning of decathlon and relay action as the 110m hurdles, discus and pole vault take place while teams battle for 4x100m and 4x400m finals places.

Usain Bolt and Mo Farah will both bid farewell to major championships track competition as they are set to race in the 4x100m and 5000m respectively. A new decathlon champion will be crowned following the retirement of world record-holder Ashton Eaton. Maria Lasitskene and Kendra Harrison will be looking to live up to their status as favourites in the high jump and 100m hurdles respectively.

A ‘Festival of Race Walks’ takes world championships action out to The Mall, with Britain’s Tom Bosworth among the athletes contesting the 20km event in the penultimate session of the championships.

The final session of London 2017 is set to see Caster Semenya go for a third world 800m title, while Laura Muir will look to complete a successful 1500m and 5000m double. Kenyan domination is expected in the men’s 1500m final, with Ronald Kwemoi looking to be the favourite. Will the high jump final be a replay of the Rio Olympics, with Derek Drouin, Mutaz Essa Barshim and Bohdan Bondarenko battling it out? The championships comes to a close with the 4x400m relays.

» Check out the 96-page August 3 edition of AW magazine for an in-depth look ahead to the IAAF World Championships, including event-by-event previews, interviews, news, a form guide and more. Our dedicated online London 2017 section can be found here

» Fans in the UK can watch the action live on the BBC and British Eurosport. See this week’s AW magazine for more on TV coverage