How Eliud Kipchoge and Mary Keitany won in London 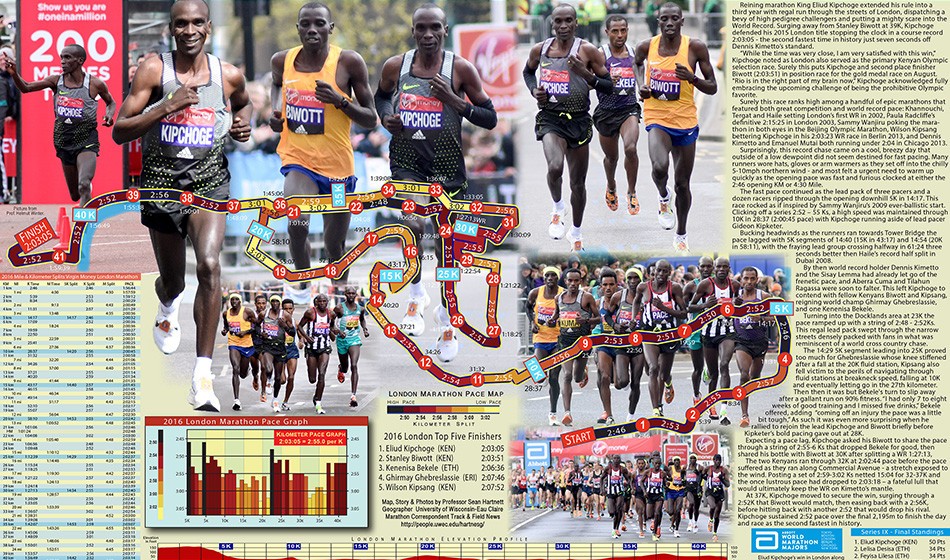 Sean Hartnett is the ‘Professor of the Marathon’ – an expert on the 26.2-mile event and major marathon courses across the world.

Since 1984 Professor Hartnett has taught geography at the University of Wisconsin – Eau Claire and served as a marathon correspondent for Track & Field News. He has attended and reported on over 250 marathon competitions, produced over 30 ‘How the Race Was Won’ maps and created elevation profile maps of the Boston, New York and London Olympic marathon routes.

During competitions, Professor Hartnett and his colleague Professor Helmut Winter also record split data from a lead vehicle and display the pace information for the leaders of the men’s and women’s races.

Click on the image of each map to view. 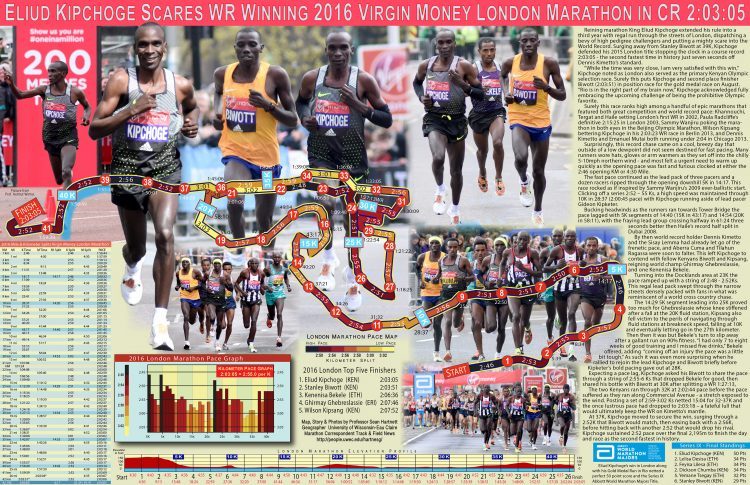 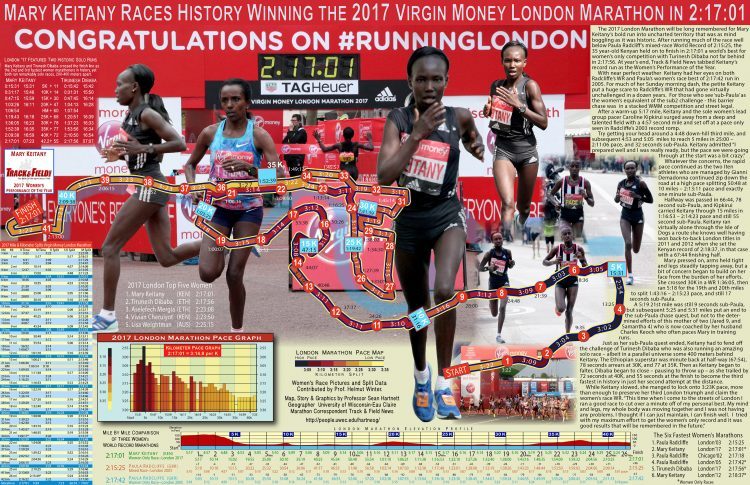