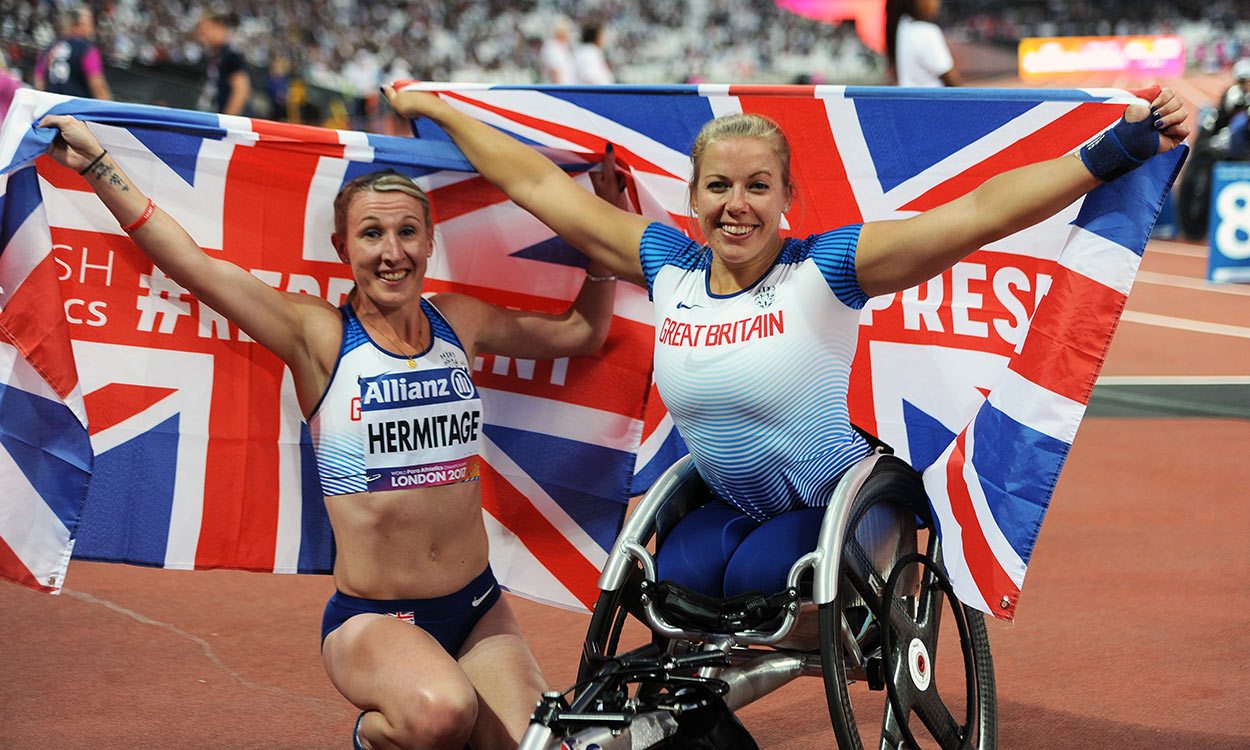 Hannah Cockroft completed another impressive triple at the World Para Athletics Championships in London on Thursday, predictably adding T34 400m gold to her earlier wins at 100m and 800m.

It was the wheelchair racer’s 10th world title.

Cockroft, drawn in lane seven, was never headed and won in a time of 58.29 to smash her championship record by four seconds.

Behind her, Cockroft’s team-mate Kare Adenegan finished third to claim her third medal in 62.94, while Carly Tait was fourth in 67.89.

“I’m feeling really emotional,” said the winner. “I was confident until I got full of cold and today all the way round I was feeling I wasn’t going fast enough, so to get that result is such a relief.”

Georgie Hermitage also broke her championship record but the 28-year-old went one better in the T37 400m as she broke her own world record in a time of 60.29. She won by over two seconds from Ukraine’s Natalia Kobzar who was timed in 62.83.

Hermitage, who was one of the last Britons to compete for the first time on the track, said: “It has been difficult with everyone winning golds and world records being set and I felt the pressure mounting. On the last bend I was hurting but the crowd roared and I pushed on. I was totally spent at the end and I was surprised to see it was a world record.”

The men’s F32 club throw competition saw gold go to Algerian Lahouari Bahlaz with a 34.31m throw, as GB’s Stephen Miller, who has had a long and distinguished career, added to his medal haul with 29.32m for bronze.

The men’s T54 400m saw another Tunisian winner in Yassine Gharbi and he pulled away down the straight to clearly win in 45.57.

GB’s Richard Chiassaro, who was disqualified after falling in the 800m and was competing in his eighth race of the week, finished superbly and he snatched the bronze in 46.56 to pip Marcel Hug.

The T53 men’s 800m was easily won By Loughborough-based Canadian Brent Lakatos in 1:40.14. It was his third gold of the championships.

The men’s F40 shot was won by Iraq’s Garrah Tnaiash with a 10.49m throw and the F55 shot title went to Ruzhdi Ruzhdi, who won Bulgaria’s first title of the championships with a world record 12.47m.

GB’s Zac Shaw finished second in his T12 200m semi final in 22.93 but missed out on qualifying for the final.