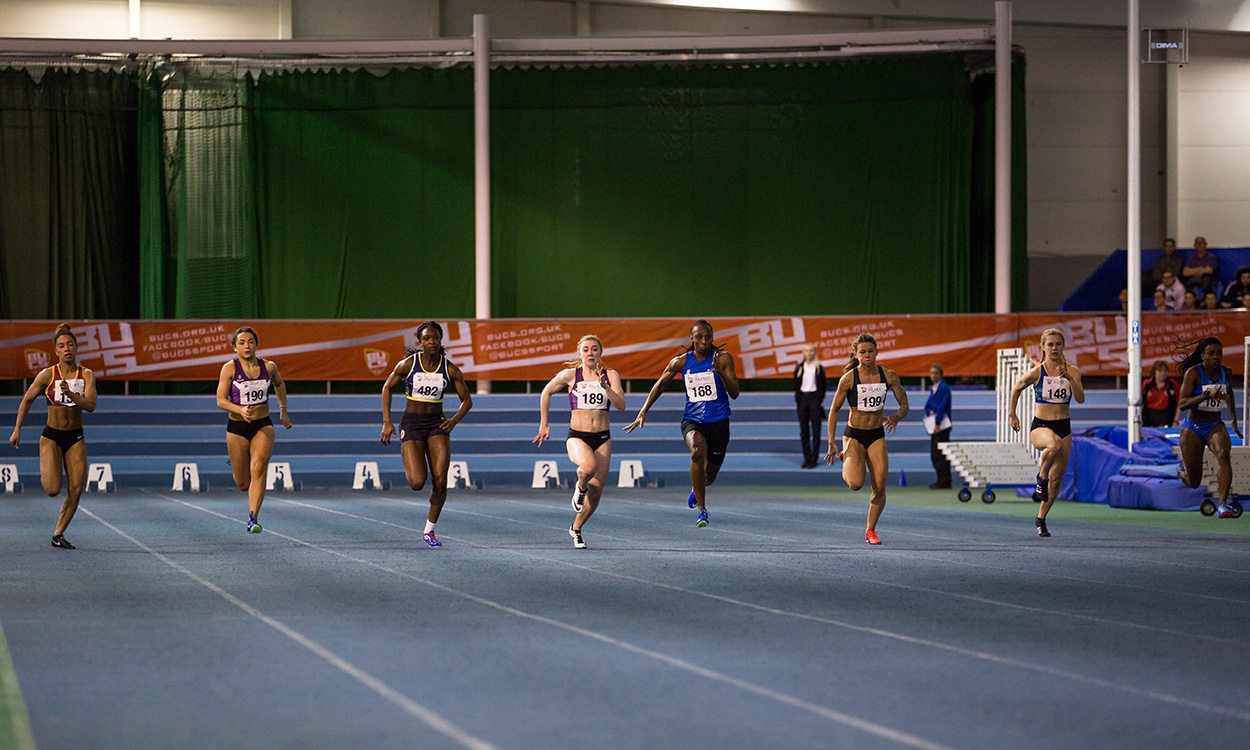 After spending most of her outdoor season on the sidelines with injury, Loughborough’s Hannah Brier was left feeling “so, so happy” after claiming a commanding victory in 7.40 to retain the BUCS 60m crown she claimed in Sheffield last year, reports Connor Craig-Jackson.

East London’s Corinne Humphreys had looked threatening throughout the build-up, however she had to be content with silver in 7.48, comfortably ahead of bronze medallist Hayley Mills in 7.62.

“It was just amazing,” said Brier. “This winter was all about (me saying to myself) ‘let’s just get back fit and sort the issues out so it doesn’t happen again’, so to come here and retain my title after such horrendous injuries, I’m so, so happy.”

Meanwhile, a host of incredibly close affairs saw Loughborough sprinter Adam Thomas also once again stand at the top of the podium in the men’s 60m, just holding off Reuben Arthur with a winning time of 6.75, while Nicholas Walsh was a mere 0.03 behind Thomas in third.

Birmingham’s Jake Porter also made it gold this time around in the men’s 60m hurdles, but was pushed to the very limit by Shamindra Perera. The Loughborough athlete lost out by the finest of margins as both clocked 8.00 for a thrilling photo finish, while Durham’s William Ritchie-Moulin grabbed bronze.

Elsewhere, Brunel’s Emma Nwofor edged a very tight battle with United States-born Chari Hawkins in the women’s 60m hurdles, with Nwofor needing an 8.27 PB to hold off the Bath athlete.

» Results from the first day of BUCS Nationals athletics action can be found here, while the February 22 edition of AW magazine will include full coverage