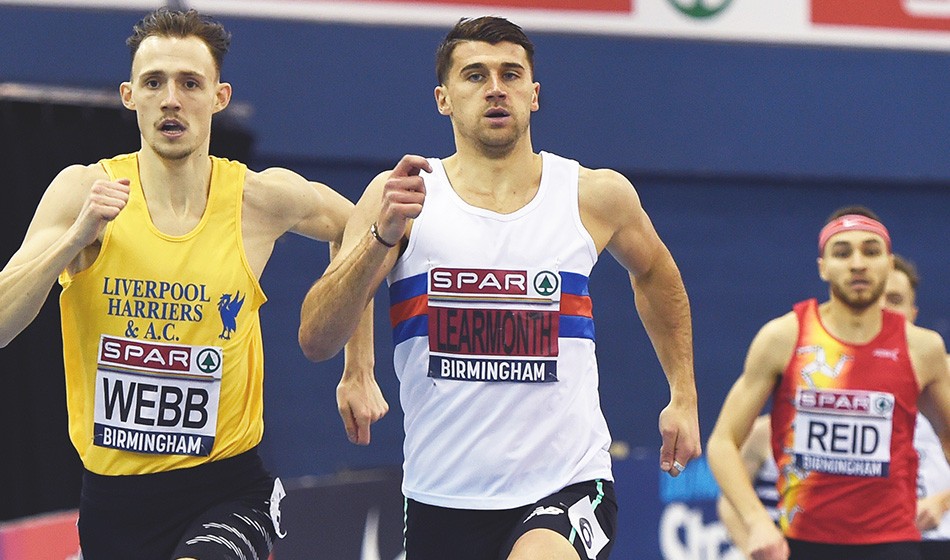 British Championships medallist Guy Learmonth is among the GB internationals set to compete at the 4J Studios Scottish National Indoor Senior and U17 Championships in Glasgow on Sunday (January 26).

There could also be an exciting head-to-head in the women’s high jump, with GB duo Nikki Manson and Emma Nuttall both entered and having made good starts to their indoor seasons.

Just over 600 athletes are entered in the two age categories and Stephen Maguire, head of performance and coaching with Scottish Athletics, anticipates an exciting day.

“We’re at the start of a year which features the Olympics and the European Championships in Paris and there will be a number of Scots competing on Sunday who believe they can make GB and NI vests for those big summer events,” he said.

“But there’s also the SPAR British Champs coming up back at the Emirates in Glasgow on February 22/23 – so this is an opportunity to show form in the preparation for that weekend.

“And, of course, in both the seniors and the under-17s, we’ve Scottish National championship medals up for grabs which should always be important for our athletes, at whatever stage of their development.

“So I anticipate keen competition – the men’s long jump last year was terrific for example and we might see that repeated given those on the startlists. And the women’s high jump could be very competitive with Nikki Manson, Emma Nuttall, Emily Borthwick and Somer Lecky on the startlists.”

GB international Alisha Rees races in the women’s 60m as she looks to start 2020 in good form.

In the women’s 400m, expect to see the likes of Stacey Downie, Kelsey Stewart and Megan Davies firmly in contention for medals.

Learmonth has entered both the 400m and the 800m and it remains to be seen which start line is in his plans.

The men’s long jump delivered some great action last year when Alessandro Schenini and Stephen Mackenzie went head-to-head – Schenini winning with 7.52m to Mackenzie’s 7.51m. This year, they are joined by Che Richards and in fact there are nine men on the startlist with PBs over 7.40m.

In the women’s long jump and triple jump, Scots in contention could include Sarah Warnock, Ellie O’Hara, Nony Mordi and Carolyn Harvey.

The event takes place at the Emirates Arena, with the action set to be shown on BBC Sport Scotland from 3.30pm as well as all-day online coverage via Vinco Sport.