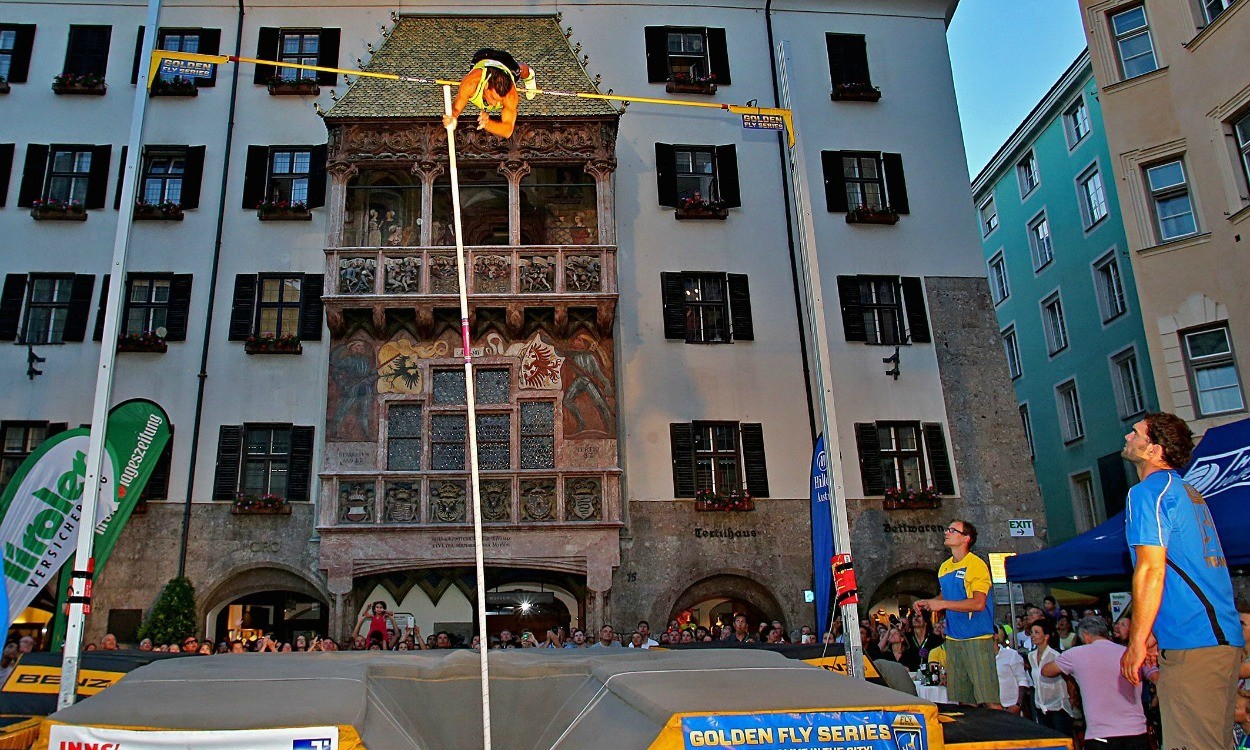 Video montage of the action at the Golden Roof Challenge in Innsbruck, part of the Golden Fly Series

Athletics took to the streets once again in Innsbruck, Austria, on Saturday as the Golden Fly Series returned at the 10th Golden Roof Challenge following the series debut in 2013.

The pole vault and long jump competition was held on the piazza in front of famous “Golden Roof” as thousands of spectators watched the likes of world indoor champion Konstadinos Filippidis compete at the street athletics event.

Germany’s Sostene Moguenara-Taroum, world No.2 in the 2013 rankings, was victorious in the women’s long jump with 6.65m ahead of Russian Yulia Pidluzhnaya’s 6.39m and Olga Sudarava of Belarus with 6.31m.

In the men’s competition, Russian Paval Shalin just missed the eight-metre mark but his 7.99m best was enough for the win from Cuba’s Wilfred Martinez with 7.94m and Germany’s Paralympic champion Markus Rehm who jumped 7.84m, just 11cm short of his own world record.

The Golden Fly Series now moves on to Munich, Germany, on June 25 and Salzburg, Austria on September 6.

Street athletics events are becoming an increasingly popular way for fans to enjoy the sport, with the free-to-watch BT Great CityGames among the street events to be held in the UK. The second Sainsbury’s Anniversary Games is to also follow the street athletics trend this summer, with pole vault, long jump, shot put and track action to take place as part of a full athletics programme at Horse Guards Parade and The Mall in London in July.

» Full results from the Golden Roof Challenge can be found here