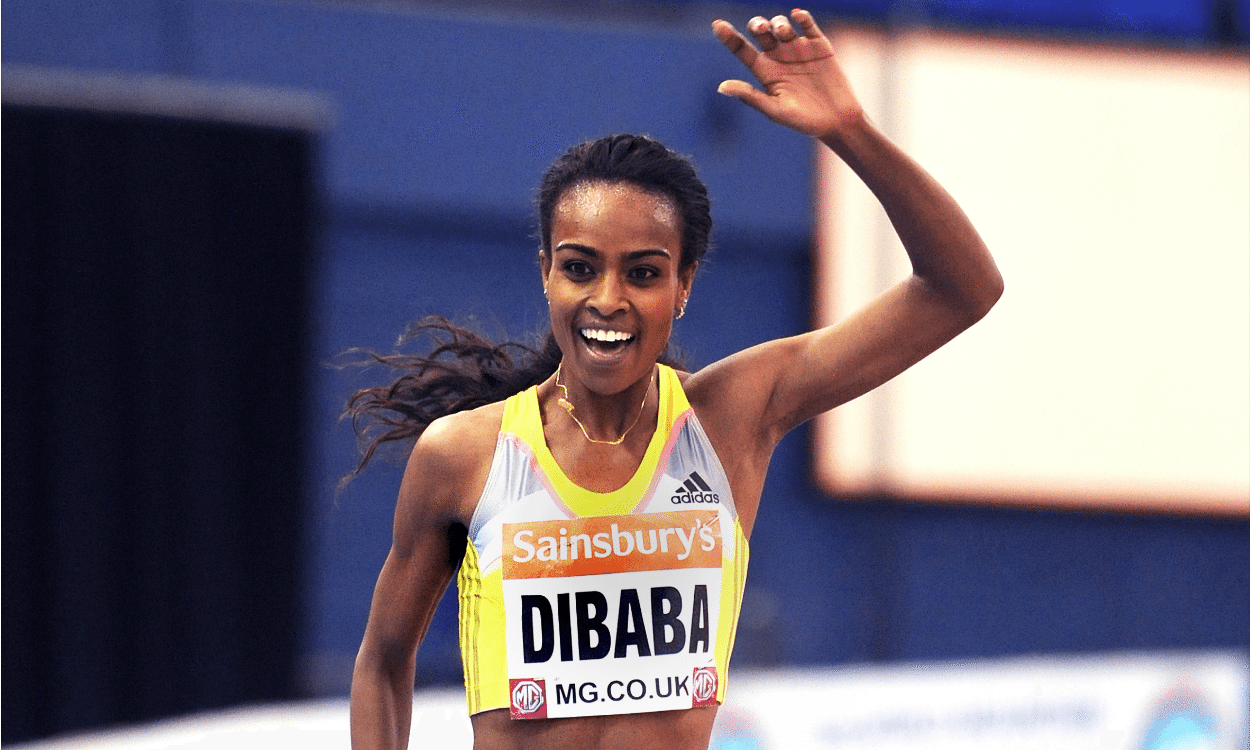 A round-up of some of the latest athletics news and results, including a 4:14.30 mile by Dibaba in Italy

Genzebe Dibaba confirmed she is still in top shape as at the 52nd Palio Citta di Quercia meet in Rovereto (EA Premium) she clocked the second fastest ever outdoor mile with a time of 4:14.30 for an African record. She missed the world record of Svetlana Masterkova by 1.74 and was timed at 1500m with 3:57.31 (also a meet record).

Also to note is that indoors Dibaba has already achieved 4:13.31 in Stockholm this year. These are her only two mile races on the track so far.

Another meet record was not allowed due to too much wind, as Jamaican Julian Forte clocked 9.97 in the 100m after a fast finish over Kim Collins’ 10.01 but the run was aided by a +2.3 wind.

There was more luck for relay Olympic medallist Christania Williams, as her 11.02 (+1.0) was new meet record. Behind her Barbara Pierre ran 11.30, Britain’s with Desiree Henry and Olesya Povkh both clocking 11.31.

Martin Kupper of Estonia topped the discus with 64.62m. Iryna Yakaltsevich of Belarus achieved a 4.51m personal best in the pole vault and Kara Winger of USA was the best in the javelin with 58.44m.

French hurdlers ruled in the men’s sprint event as Pascal Martinot-Lagarde dipped to win ahead of Wilhelm Belocian, 13.35 to 13.37 (+1.4).

Dawn Harper-Nelson won the women hurdles in 12.74 (+2.3), while Czech double world champion Zuzana Hejnova got the 400m hurdles over her rival Kaliese Spencer with a time of 55.77. US relay Olympic winners dominated in the women’s 400m with Courtney Okolo clocking 51.23 over Natasha Hastings with 51.35.

Croatia’s Ivan Horvat equalled the national record mark with 5.70m in the pole vault, Australian Fabrice Lapierre jumped 8.06m (+0.5) in the long jump and Svetlana Radzivil of Uzbekistan on count back won the high jump with 1.89m.

There was a great shot put competition at Zagreb Fountains during the second Ivan Ivancic Memorial as part of the Zagreb IAAF World Challenge meet. Olympic champion Ryan Crouser improved the meet record by 6cm to 22.28m (the second best throw of his career).

In second, New Zealand’s Tomas Walsh bettered his own Oceanian record from Zurich by 1cm to 22.21m.

Both achieved their top mark in round five.

Third was US newcomer on the circuit Darrell Hill with 21.44m (second best of his career) and fourth Congo’s ISTAF winner Frank Elemba with 20.89m (third best of his career) still ahead of world champion and Olympic silver medallist Joe Kovacs with 20.42m. Placing seventh in his last meet before retiring was two-time Olympic champion Tomasz Majewski with 20.24m.

Spanish sprint record-holder Bruno Hortelano is progressing well and remains stable after spending the first night in hospital after being involved in a car crash on Monday, informs MARCA.

Hortelano sustained severe injuries to his right hand and the doctors have proceeded to reconstruct the extensor tendons of the second and fifth fingers.