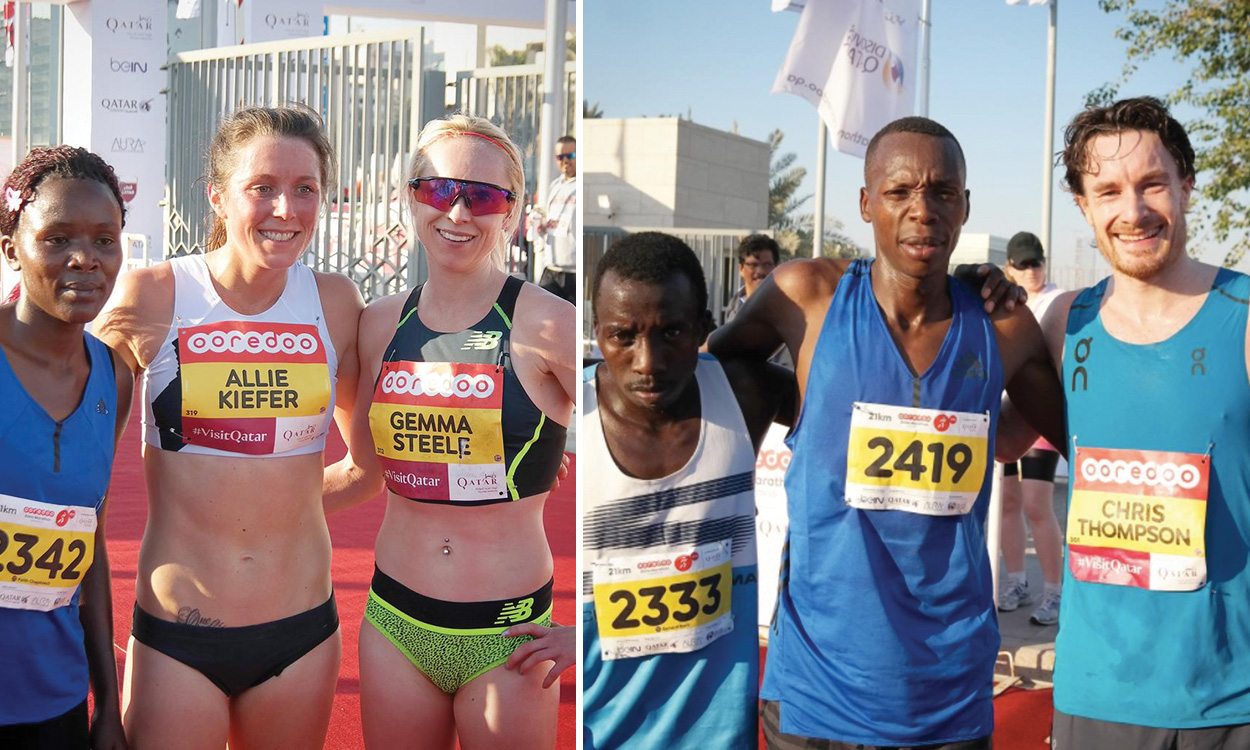 Britain’s Gemma Steel, Chris Thompson and Eilish McColgan were among athletes to secure a strong start to 2018 in Doha on Friday.

Mo Farah did not enjoy such a successful trip, however, as the 10-time global track gold medallist withdrew before the start of the half-marathon, with his management company PACE explaining this was due to a tight Achilles.

That time moves her from joint to sole 10th on the UK all-time list and saw her win the women’s race, placing third overall.

Steel has also been training in Doha, guided by world and Olympic medallist-turned coach Liz McColgan-Nuttall, and clocked 72:37 for the runner-up spot in a women’s half-marathon won by USA’s Allie Kieffer in 70:40. Kenya’s Faith Chepkoech was third in 72:44.