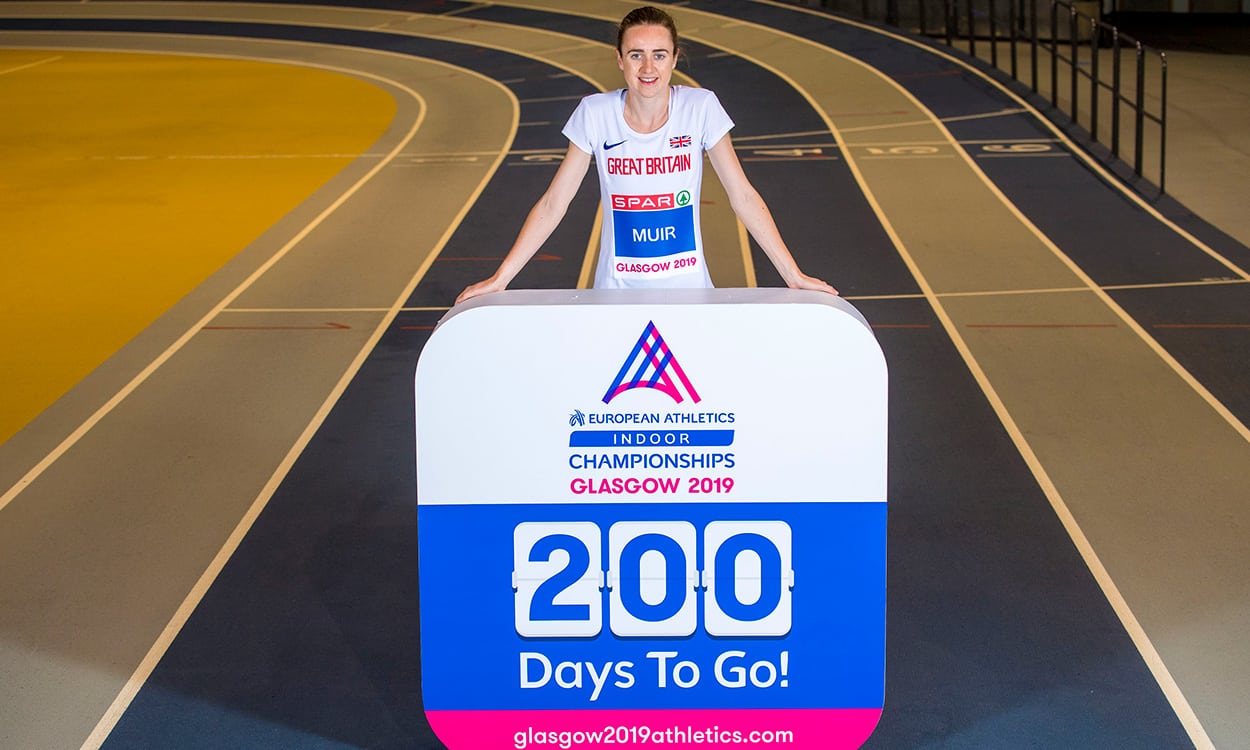 The schedule for the 2019 European Athletics Indoor Championships has been published, with just 200 days to go until the three-day event gets under way in Glasgow.

The championships, held between March 1 and 3, will see some of the world’s leading athletes appear at Glasgow’s Emirates Arena, which will host the event for the first time since 1990.

One of those is set to be home favourite Laura Muir, who is fresh from claiming 1500m gold at the outdoor edition of the European Championships in Berlin.

“Now that we have officially hit the 200-day-to-go milestone and the competition schedule has been announced, the European Athletics Indoor Championships is now very much in our sights – it is going to come around very quickly,” said the 25-year-old, who won European indoor titles in both the 1500m and 3000m in Belgrade last year.

“My excitement and anticipation for the championship is building each day and I can’t wait to experience and be a part of another major sporting event in this fantastic city.

“The Scottish crowds are always brilliant and come out in their numbers to not only support the home athletes but they also appreciate top quality athletics too, so it will be a fantastic atmosphere for everyone.”

There are expected to be 650 athletes from 45 nations descending on Glasgow for the event.

Medals will be decided on each of the three days of the competition, with the women’s 3000m and pentathlon plus men’s shot put to be decided on day one, the men’s pole vault and 60m events on day two, and the long jump events and the 4x400m relays among those on day three.

The full competition schedule can be found here.