From the AW archive: Usain Bolt storms into the spotlight at 2002 World Juniors 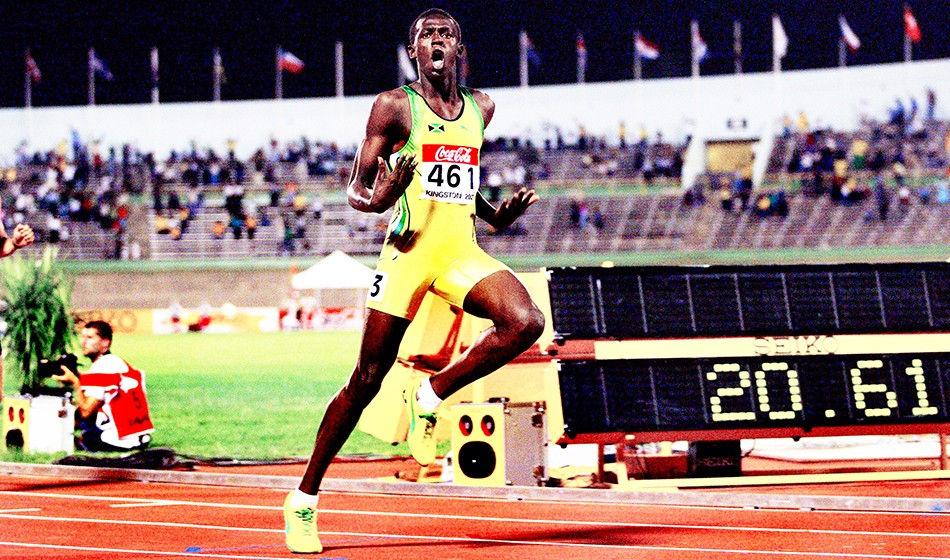 Continuing a series featuring AW content from years gone by, here is our report of the Jamaican sprint star’s world junior 200m win as a 15-year-old

The remarkable 6ft 5in youngster shattered the world 200m record for a 15-year-old in the heats, recording a mind-boggling time of 20.58 – and although he didn’t run quite as quickly in the final, nobody in Jamaica cared as he crossed the line a champion in 20.61.

The victory sparked the whole stadium into a spontaneous carnival as 10,000-plus fans started singing in unison and tears were unashamedly shed. 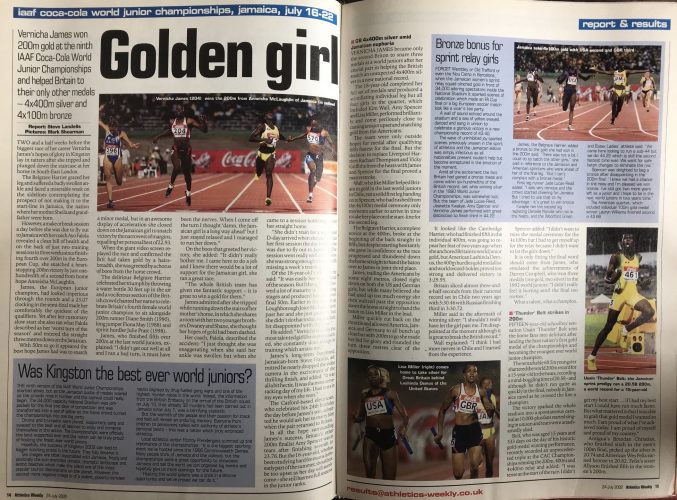 Bolt, who was aged 15 years and 333 days on the day of his historic gold medal-winning performance, recently recorded an unprecedented triple at the CAC Championships winning the 200m, 400m and 4x400m relay and added: “I was tense at the start of the race. I didn’t get my best start … if I had my best start I could have run much faster.

“But what mattered is that I was able to grab that gold medal I wanted so much.

Antigua’s Brendan Christian, who finished sixth in the men’s 100m final, picked up the silver in 20.74 and American Wes Felix earned bronze in 20.82.

Click here for more in our ‘From the AW archive’ series.