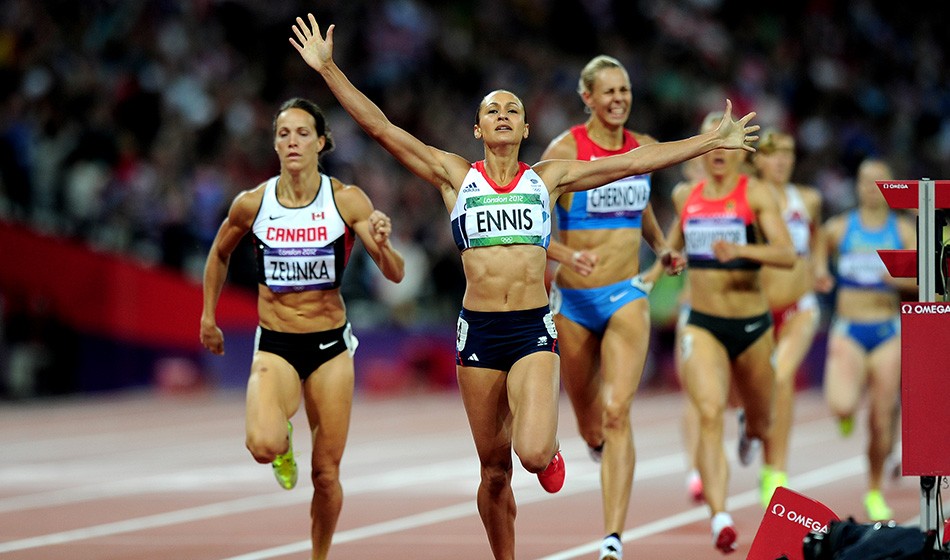 Continuing a series featuring AW content from years gone by, we take a look at how one of Britain’s multi events stars gained her gold in London 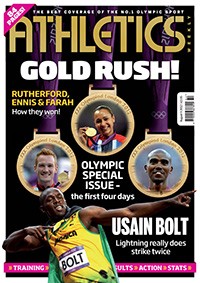 Never before has a British athlete faced such pressure going into an event. Jessica Ennis was the face of London 2012; the poster girl of these Games. Her image was everywhere – on television, billboards and the front covers of a thousand magazines.

Yet not only did she handle the pressure; she absorbed it, channelled it and spat it back out on the track and in the field with two days of pure heptathlon genius. She is the ultimate role model for young athletes, but her performance in these Olympics was a triumph of mental as much as physical ability.

Here is how the events unfolded …

In the most phenomenal event of the two days, Ennis came out guns blazing at around 10:30am on the opening day of the Games with a blistering time of 12.54 seconds. The fastest sprint hurdles ever during a heptathlon – improving Eunice Barber’s 12.62 from 2005 – the performance also smashed Tiffany Porter’s UK record by two hundredths of a second.

It wasn’t all about Ennis either. Drawn in the same race as Ennis, Jessica Zelinka sped to the equal second-fastest ever time in heptathlon history with 12.62, while Fountain clocked a swift 12.70.

Of the other contenders, Chernova was slightly below par with 13.48, Dobrynska showed she was in shape with 13.57. Ennis’ team-mates also ran well and got their first taste of the incredible crowd – Johnson-Thompson and Hazel both running 13.48 in different heats.

Staying in pole position, Ennis was below her best with a 1.86m jump as Chernova cleared 1.80m. In a rain-affected event, Chernova’s Russian team-mate Kristina Savitskaya also fell further behind with 1.83m, while Zelinka fell out of contention
with a 1.68m jump.

Skujyte was also beginning to look a threat with a 1.92m PB and moved into fourth place. Had Ennis been able to match Skujyte’s height, she’d have smashed the 7000-point barrier. 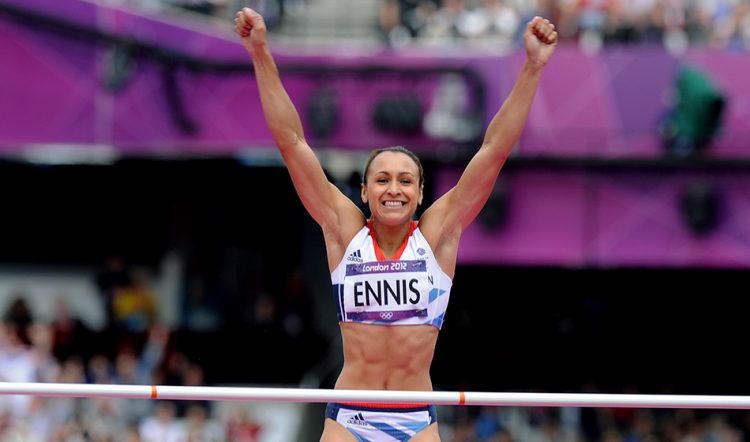 Skujyte dominated this event with a massive 17.31m – the best ever in a heptathlon. It lifted the Lithuanian briefly into the lead with 3126 ahead of Ennis’ 3062.

The Briton threw solidly with 14.28m compared to her outdoor best of 14.67m, while Schwarzkopf moved into third with 14.77m and Dobrynska threw 15.05m.

Inevitably, Johnson-Thompson began to fade from medal contention with 11.32m, while Hazel threw 12.81m – only five centimetres short of her PB.

A brilliant end to the first day saw Ennis tie with Schippers in a PB of 22.83. Running into a small headwind, Ennis looked supreme as she matched strides with an athlete who is so quick she holds the Dutch record for the event.

The event also saw Hazel post a crowd pleasing victory in her heat with 24.48, while Johnson-Thompson ran a PB 23.73 in her race to sit 14th at the end of day one. Of the other contenders, Schwarzkopf ran 24.77 to place eighth overnight, Chernova clocked 23.67 to place ninth and Dobrynska 24.69 for 10th overall in the standings.

Usually a sound sleeper before her heptathlon second day, Ennis said she struggled to get any sleep due to sore and tight legs. But she eventually drifted off and woke to prepare for the final three events.

Ennis started slowly too with a 5.95m safety-first effort that she later described as “awful”. The Sheffield athlete then made some serious adjustments to her run-up and blasted out to 6.40m on her second jump before improving to 6.48m.

Chernova performed just okay with 6.54m but by this stage Ennis realised she just had to cruise through the final events with no great mishaps in order to secure gold.

Schwarzkopf also enjoyed a good event with 6.30m to move into a podium position. Olympic champion Dobrynska had a disaster though with her only mark being a worthless 3.70m in the last round.

Some quality throwing was seen, with Ennis virtually sealing the gold with 47.49m as Chernova was disappointing in one of her strongest events with 46.29m.

Skujyte threw 51.13m as she settled into second in the overall standings. With seven athletes breaking 51m, Greece’s Sofia Ifadidou threw 56.96m – the best ever throw within a heptathlon – while Ida Antoinette Nana Djimou was close behind with 55.87m. 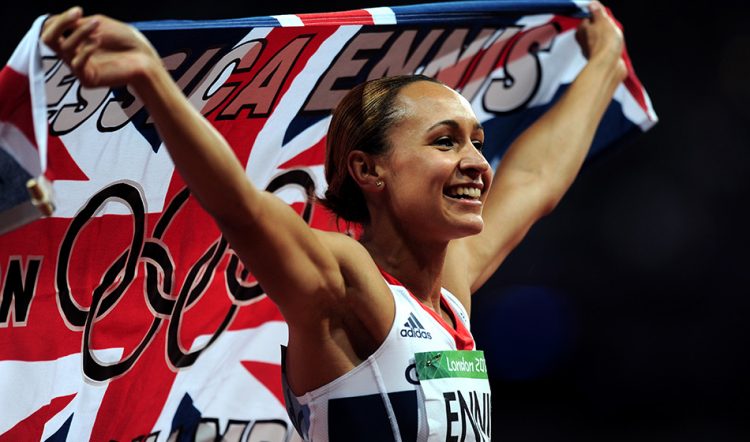 This was Ennis’s “Cathy Freeman moment”. She only had to jog around to win gold but that’s not in her nature. Instead she blasted through the first lap in 61 seconds, was briefly overtaken down the backstraight, before kicking strongly down the home straight to take the win in the fifth and final heat in 2:08.65 from Zelinka and Chernova.

There was a huge scrap for the minor medals with five athletes in serious contention for them but Scharzkopf ran 2:10.50 to secure the silver medal, Chernova held on to bronze narrowly from Yosypenko, while Skujyte rumbled home in 2:20.59 to fall
out of the medals contention in fifth overall.

Johnson-Thompson ran well with 2:10.76 to get huge cheers as she finished strongly to finish second in her heat behind Brianne Theisen of Canada, the fiancée of decathlon world record-holder Ashton Eaton, while Hazel ran 2:18.78.

Ennis had needed 2:05.69 in the 800m to break the 7000-point barrier. Who cared, though? That might come another day. For now, she was Olympic champion and she struggled to hold back the tears as the emotion overtook her.

“I can’t believe that I’ve had the opportunity to come to my first Games in London and win an Olympic medal,” said Ennis. “I was really nervous. I felt really emotional after the javelin because it was so close and I wanted to make sure I finished the job off properly and not get carried away.

“I was crying all the way round the glory lap at the end and I was so emotional watching Jess,” said Johnson-Thompson. “It’s really inspirational as well – all the pressure Jess has been under and watching it all come out – I can’t even say.”

A thousand flashbulbs lit up an Olympic Stadium that shook with noise. They captured images of Ennis as she lay on the track with her hands over her face, holding back the tears as the culmination of two days of heptathlon genius began to sink in.

It was the moment she passed into Olympic legend and became an athletics immortal.