Five to follow at the World Para Athletics European Championships 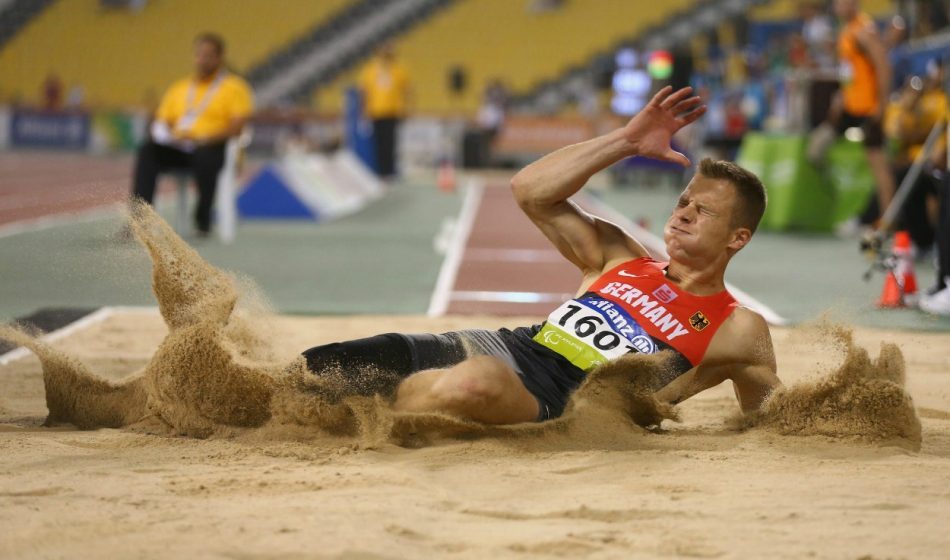 Around 650 athletes from 40 countries are set to compete in 191 medal events when the World Para Athletics European Championships takes place in Berlin, Germany, from August 20-26.

Many reigning Paralympic and world champions plus a number of rising stars are among the entries for the sixth edition of the event, taking place at the Friedrich-Ludwig-Jahn-Sportpark.

The host nation has announced a team of 41 athletes, while Great Britain has named a 53-strong squad.

A live stream of the action (geoblocked in certain territories) will be available on the World Para Athletics website and Facebook page, with the competition schedule available here.

Among the British athletes in action, Hollie Arnold contests the F46 javelin final on the first day of competition, Monday August 20. Richard Whitehead and Luke Sinnott race the T61 200m final on day two and Richard Chiassaro – who is entered into five events – starts his campaign with the T54 200m, while day three features Stephen Miller in the F32 club throw and Hannah Cockroft and Kare Adenegan in the T34 100m.

On day four and Sophie Hahn goes in the T38 200m final, while day five features Polly Maton in the T47 long jump and 100m, where she’s joined by Sally Brown.

Day six includes the T34 800m, featuring Cockroft and Adenegan, while the final session on Sunday August 26 includes Aled Davies in the F63 shot put and Stef Reid in the T64 long jump.

Clegg and Chiassaro have been announced as the British team captains, following a vote by the GB squad, though the 28-year-old is unable to compete after an injury to her guide Tom Somers.

Here we highlight some of the athletes aiming for success in the German capital.

With a long jump PB of 8.47m set this year, Markus Rehm goes into the T64 competition full of confidence as he seeks further success on home soil.

The single-leg amputee broke the T44 world record at the 2015 world championships in Doha, leaping 8.40m, and although further Paralympic and world titles in Rio and London followed – with his 8.00m leap in the UK capital more than a metre ahead of his closest competitor – he had been unable to improve on his best mark.

Classification changes mean Rehm is now competing as a T64 athlete and he had the jump of his life at the Japan Para Athletics Championships in Tokyo, adding seven centimetres to his PB.

“It was about time,” Rehm told World Para Athletics. “I have high expectations of myself and after London I was super angry at myself because I did not show what I was able to do. I was actually motivated after London.

“Of course it is a motivation ahead of the Europeans because I know I can do it,” he added. “I would love to (break the world record) there again and I’m just hoping now for good conditions.”

Teenage wheelchair racer Kare Adenegan stunned the Müller Anniversary Games crowd, her rivals and herself by smashing the world T34 100m record in London last month, beating the world’s greatest ever athlete in that category, her fellow Briton Hannah Cockroft, as well as the global mark. 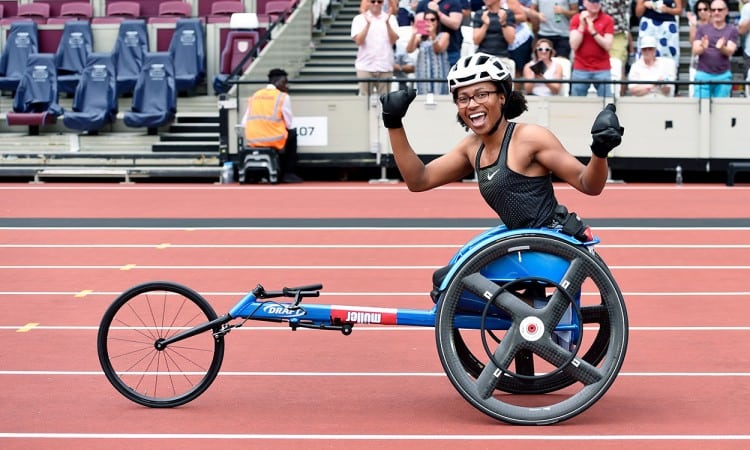 The pair will go head-to-head again in Berlin when they race both the 100m and 800m as the experienced Cockroft – with five Paralympic titles, 10 world gold medals and two European titles to her name – lines up alongside rising star Adenegan, who is aged just 17 and was inspired to take up the sport after London 2012.

“I didn’t expect it at all and I was speechless when the time came up,” Adenegan said in London, where she clocked 16.80 to smash Cockroft’s previous world record of 17.18.

“I thought I was dreaming because I can’t believe it’s actually happened. I knew my 100m was strong because I set a PB about a month ago so I knew I was capable of something big but didn’t expect that.”

Cockroft said: “I didn’t know if 17 seconds was possible to break, I have been trying for five years now and I haven’t got it.

“Now that someone else has got it maybe it is just what I need. For so long I have been the trend setter and the person to beat and now there is someone I can beat, so it is the best thing that could have happened.”

Ireland’s Jason Smyth has built up an incredible win streak since claiming T13 100m and 200m gold at the European Championships in Espoo in Finland 13 years ago.

Undefeated since, he has added five Paralympic titles to his CV and hopes for more European success in Germany.

“The reality is I’ve been running since 2005 and haven’t actually been beaten,” the visually-impaired sprinter told World Para Athletics.

“There’s no way that I’m going to go my whole career without that being tested or challenged. And the longer you’re in the game the more likely that is to happen.”

Latvian thrower Diana Dadzite went into the European championships under the radar four years ago and she finished fourth in both the shot put and javelin in Swansea.

She’ll have no such anonymity this time around as she goes into the Berlin event as an eight-time major medallist, with three of those being javelin, shot put and discus gold medals won at London 2017.

She also improved the world F55 javelin record in the UK capital and hopes to add more medals to her haul in Germany, where she trains with her coach Siegfried Wegener.

“I have a lot of friends in Germany and also there is a bit of pressure,”Dadzite told World Para Athletics. “Everyone thinks if I did so well in Grosseto (2016 Europeans) I need to do it also in Berlin. It’s pressure, but I will do it for fun.

“It will be great, because some people will come watch from around Germany and from Latvia there will be people too. That will be amazing. I want to show that I’m still at the top, I’m still practising hard, I don’t sit at home.

“I want to make the sport so popular, so that people can be excited by it and realise it’s not as easy as how people might think.”

Despite having numerous Paralympic, world and European titles to his name, Britain’s Richard Whitehead remains as motivated as ever to continue adding to that haul in Berlin and beyond.

The 42-year-old will go for a fourth European sprint gold in Germany. Classification changes mean the double above-the-knee amputee athlete will race in the T61 category, rather than his previous T42, for which there are no 100m or 400m events, so he will focus on the 200m.

“I have still got aspirations to win gold in Tokyo and it’s just about all of us pushing each other on,” said Whitehead after finishing as runner-up to South African teenager Ntando Mahlangu at the Anniversary Games last month.

“This is why the T61 class is so important, you have got athletes such as Ntando, Dave (Henson), (Regas) Woods and myself wanting to push on the sport, and we want to inspire young athletes all over the world.”

» With information and quotes from World Para Athletics – paralympic.org/athletics