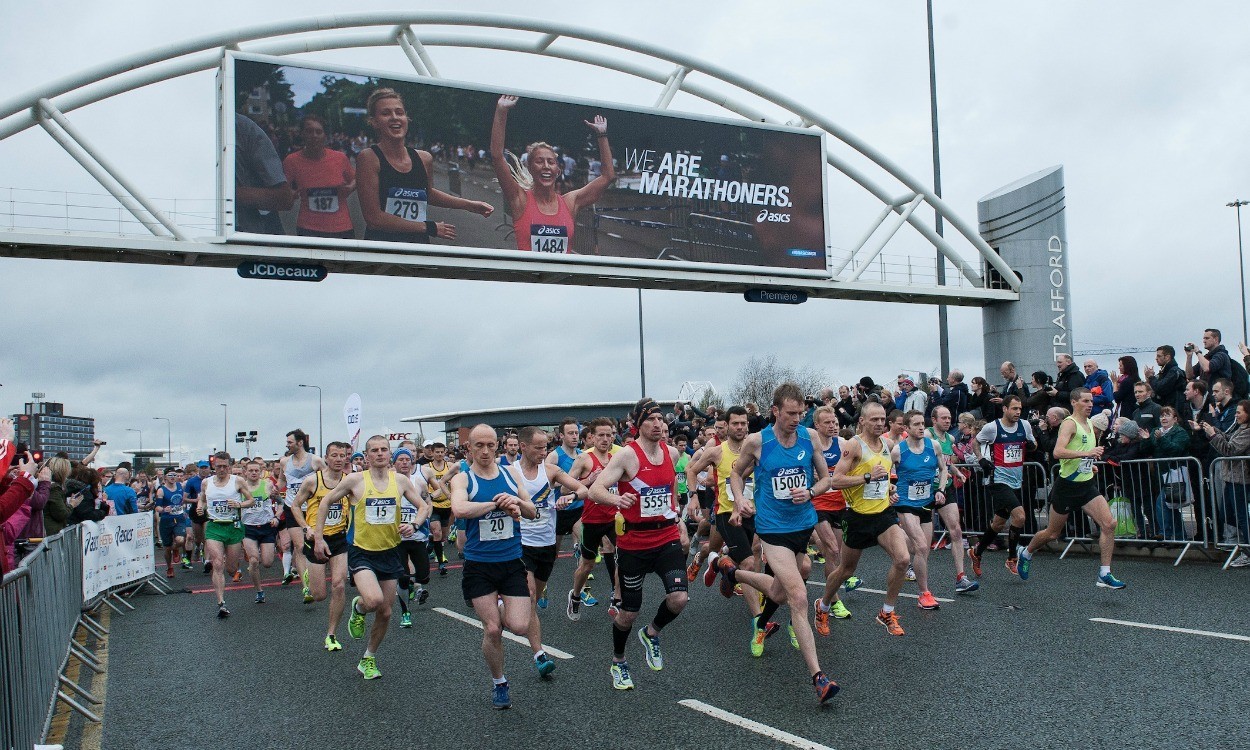 This year’s ASICS Greater Manchester Marathon has again attracted a strong domestic field, thanks to a fast course with only 54m of total elevation, free entries for elites and good British-only prize money.

Having enjoyed good form over the half-marathon this spring, Paul Martelletti heads the men’s entries hoping to improve on his PB of 2:16:49 and pick up the top prize of £750.

Dave Norman, the winner in 2012 and 2013, is missing from the field, but his brother Andy appears in shape to seriously revise his PB of 2:24:26 having so often in the past been unlucky with injuries. Others set to challenge for the top places are Ben Fish, Michael Kallenberg and Paolo Natali.

Belgrave’s Sam Amend is the quickest of the women’s entries with her 2:42:11, but she could face opposition from debutante Georgie Bruinvels, who clocked a 74:27 half-marathon last year.

Gemma Connolly will be seeking to improve on her 2:46:33 best, while Amanda Crook is another sub-three entrant.

The marathon will be officially started by Ron Hill and Mara Yamauchi, with Hill forming part of a ‘champions’ relay team featuring four former Manchester Marathon winners. He will be joined on the team by Steve Kenyon, who ran 2:11:54 for the fastest time at a Manchester Marathon in 1981; Bashir Hussain, who had a hat-trick of wins between 1996 and 1998, and Jackie Newton, who won the women’s race in 1998.

The race hub is based at Old Trafford Football Stadium, with the race starting under the Trafford Arch on the A56 at 9.00am and finishing on Sir Matt Busby Way. The route takes in the Trafford Quays area, Media City, Sale, Brooklands, Timperley, Altrincham, Urmston and Stretford. The two-leg half/half and the four-leg team relays start at 9.30am, while the start of the wheelchair race is at 8.55am.

“The ASICS Greater Manchester Marathon is just days away now and we are looking forward to delivering another fantastic event for runners and spectators alike,” said race director Simon Hill

“The race sees huge community support with thousands of supporters lining the streets of Greater Manchester and we are proud to be referred to as the friendliest marathon.

“There is a great field of British elite runners on the start and we would like to wish all the runners the best of luck in their marathon challenge on Sunday.”