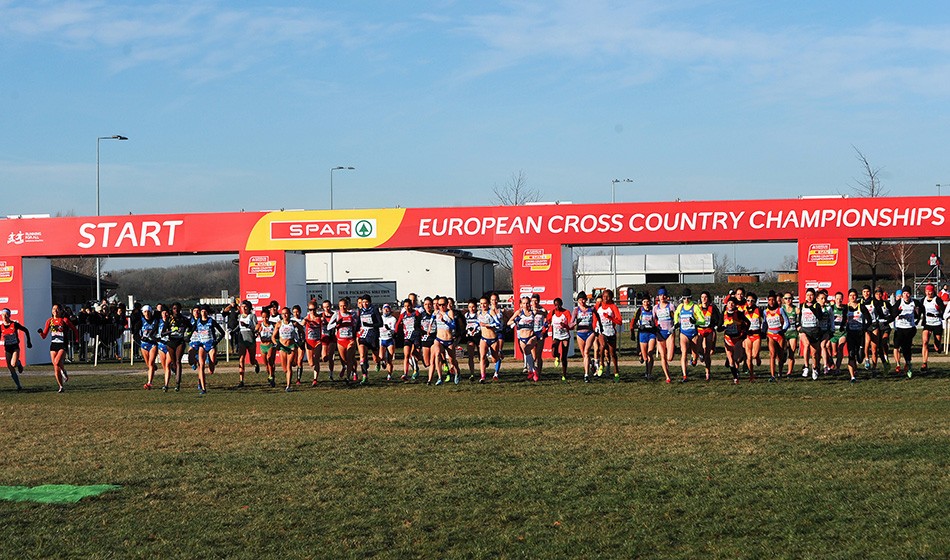 A guide to Sunday’s event, including ones to watch, timetable and info on how fans can follow the action

Some of the continent’s finest athletes will be battling it out for honours on a course which, although largely flat, looks like providing at least a little more of an authentic cross country test than what was essentially a grass track in Chia, Sardinia, two years ago and last year’s firm-going racecourse of Samorin, Slovakia.

Tilburg also hosted these championships in 2005 but at a different venue.

There are no fewer than 616 athletes from 38 countries to be found on the entry lists this time, including a 40-strong Great Britain squad.

The British team has been top of the medal table on 11 of the past 12 occasions.

Here we take a look at some of the athletes in action, but for our full four-page preview, check out the December 6 edition of AW magazine (digital edition available here).

The British line-up have some inspirational stories to tell. Seven-time Euro Cross medallist Kate Avery leads the side and has been enjoying a return to form, having struggled with injury.

Trials winner Charlotte Arter has also overcome injury to make the team and will be joined by another athlete making a comeback – Jess Piasecki.

Verity Ockenden was second at the trials and has bounced back from a cycling accident earlier this year, while Pippa Woolven and Melissa Courtney complete the team.

Turkey’s Yasemin Can will be going for a hat-trick of titles, while former under-23 champion Susan Krumins leads home hopes.

Ross Millington was a team gold medallist two years ago and is joined in the GB line-up by the quartet who followed him over the line at the trials – runner-up Nick Goolab, Marc Scott, Charlie Hulson and Dewi Griffiths.

Andy Vernon, who didn’t race in Liverpool due to a niggle, was initially selected to complete the team but has been replaced by Kristian Jones because of injury.

Norway’s side includes both Filip and Henrik Ingebrigtsen.

Denmark’s European under-23 3000m steeplechase champion Anna Emilie Moller, who is based in Britain, will be looking to claim what would be only her country’s second gold medal in championships history.

GB’s Amy Griffiths, the first under-23 at the trials and part of the British gold medal winning team from last year, returns, as does Mahamed Mahamed, who is the 2016 under-20 individual bronze medallist and a three-time team bronze winner.

No athlete has won consecutive men’s under-23 titles but Frenchman Jimmy Gressier will be attempting to become the first to do so.

The standout name among the entries for the men’s race is Jakob Ingebrigtsen, who barely put a foot wrong on the track this year. The 18-year-old is looking for a third consecutive Euro Cross title.

Britain’s Jake Heyward was fourth behind the Norwegian at the World Under-20 Championships earlier this year and is relishing the chance to race him again.

Jess Judd, the individual under-23 bronze winner last year, will this time lead the GB mixed relay team in defence of their title. She is joined by Alex Bell, Phil Sesemann and Jamie Willamson.

The GB team can be found listed here.

The full entries list is here, while the mixed relay teams are here.

The event will be available to watch live on the BBC Red Button, Connected TV, BBC Sport website and mobile app. The action will also be streamed live through the European Athletics website (geo-blocking will apply in some locations).

Next week’s AW magazine will be packed with reports and images from Tilburg.