Euro visions at the England U23/20 Championships 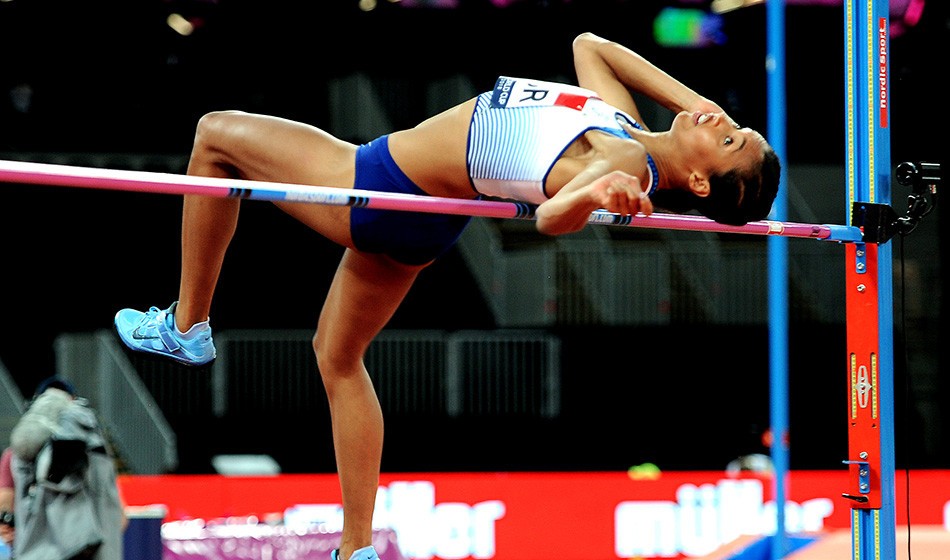 A look ahead to the action in Bedford, where athletes will be competing for places on the GB teams bound for Sweden

With eyes on the two European age-group championships in Sweden next month, most of the country’s top under-23 and under-20 athletes will be in action at the England Championships in Bedford this weekend.

UK indoor high jump record-holder Morgan Lake (pictured) is the headline name on the entries and will be looking to secure automatic selection in her last England age-group championships.

Another international athlete down to be on the infield is the 2018 European Championships triple jump finalist Naomi Ogbeta.

European Indoors representative Kristal Awuah leads the continental age-group rankings in the 100m and she is entered for both that event and the 200m. In the latter, she goes against European junior champion Maya Bruney, Alisha Rees and reigning European under-23 champion Finette Agyapong.

Hannah Williams heads the 400m entries along with Lily Beckford.

Jemma Reekie and Ellie Baker, gold and silver medallists at the European juniors two years ago, line up in the 800m.

A great competition is expected in the 100m, where Dominic Ashwell and Oliver Bromby rank in the top five among European under-23s.

European junior champion Jake Heyward is due to race the 1500m, where the field includes Piers Copeland, who is second on the European under-23 rankings. Over two laps, former European youth champion George Mills faces Spencer Thomas, Canaan Solomon and Markhim Lonsdale.

Harry Hughes seeks to continue his good form in the javelin, while world junior champion Jake Norris will be in the hammer circle. The discus sees European bronze medallist George Evans go against George Armstrong, who ranks fourth in Europe in his age group.

The high jump has 2.30m man Tom Gale, while Adam Hague and Charlie Myers star in the pole vault, with Myers having recently added 11cm to his PB with a 5.71m clearance, equaling the British under-23 record.

European youth high jump champion Dominic Ogbechie also has the standard for Boras in the long jump, and is due to compete in both events here.

European 100m No.1 Jeremiah Azu is entered for both sprints. The 110m hurdles has Joshua Zeller, who is second on the European rankings, and European youth champion Sam Bennett.

Alastair Chalmers tops Europe in the age group and lines up in the 400m hurdles, while European U18 Championships silver medallist Ethan Brown goes in the 400m.

Oliver Dustin, Alex Botterill and Ben Pattison, who are all ranked in the top five in Europe for 800m, are up against the in-form European youth champion Max Burgin, who recently broke the UK under-18 800m best in Loughborough.

Thomas Keen and Kane Elliott, who won the 1500m and 3000m respectively at the European Youths, meet over the metric mile.

In the middle distances, European under-23 No.1 at 800m Isabelle Boffey goes against European youth 800m champion Keely Hodgkinson, while the 1500m features European No.3 Erin Wallace. In the steeplechase, Holly Page is another to watch out for.

In the 100m hurdles, top multi-eventer Holly Mills faces Lucy-Jane Matthews, who lies fourth in Europe at under-23 level. She also goes in the long jump.

In the hammer, throwers Charlotte Payne and Charlotte Williams will be fighting it out for Boras selection.

The event timetable can be found here.