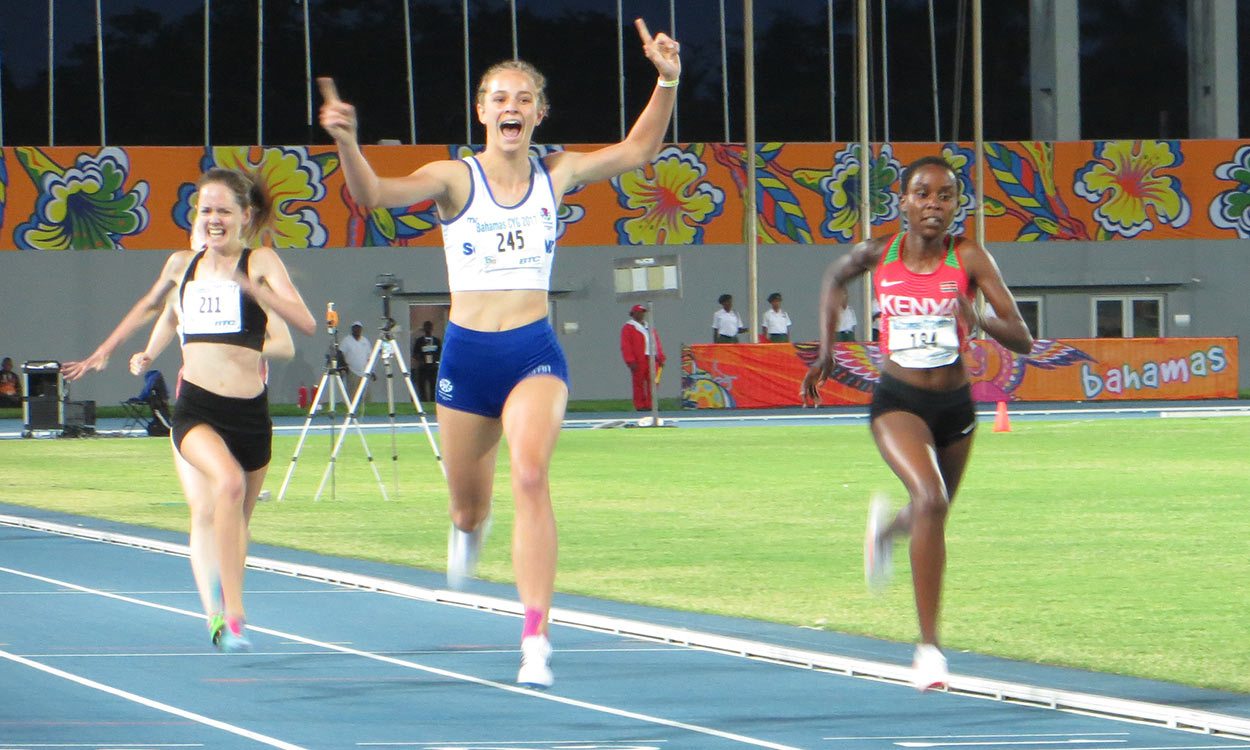 A round-up of the first day of athletics action in Nassau, Bahamas, plus a look at some top European U20 Championships performances in Grosseto

Erin Wallace gained 1500m gold for Scotland and Holly Mills took the long jump title for England on the first day of athletics action at the Commonwealth Youth Games in Nassau, Bahamas, on Thursday.

Pulling away in the closing stages to win in a PB of 4:16.61, Wallace finished ahead of Kenya’s Viola Chemutai, while England’s Anna Smith was fourth.

“When I crossed the line first, I just couldn’t believe it,” said Wallace, who won bronze at last year’s European Youth Championships in Georgia and also races the 800m in Nassau.

“I was so shocked because after 800m the leaders were so far ahead and I thought I would never catch them, but with 300m to go I started to think I could probably do it.

“I never expected to win. I knew everyone’s times were really close and I was expecting a fast race and it was just going to be a question of who could hold on the longest.”

Mills, who had been the Team England opening ceremony flagbearer, leapt 6.19m in the first round of the long jump competition for a mark that couldn’t be bettered on an evening when storms disrupted the action at the Thomas Robinson Stadium.

“I can’t put the last few days into words,” said Mills. “First to carry the flag at the opening ceremony and now to win gold, it’s been unbelievable.”

Canada’s Tatiana Aholou was second with 5.97m, while Lucy Hadaway joined her England team-mate on the podium after jumping 5.90m for bronze.

Sarah Omoregie impressed in the shot put as she broke the British age-group record with 16.74m to secure silver for Wales behind Canada’s Trinity Tutti with 17.82m, while her Welsh team-mate James Tomlinson also won silver in the discus with 60.11m.

England’s Vera Chinedu was joint fifth in the 100m final.

Over at the European U20 Championships in Grosseto, Italy, the first day of action saw GB heptathletes Niamh Emerson and Holly McArthur among those to enjoy a strong start.

With seven out of a possible eight personal bests between them, they finished day one placed second and 13th respectively.

Jake Norris required just one throw to book his place in Friday afternoon’s hammer final as he launched the implement out to 76.62m, while Naomi Ogbeta also needed only one attempt to progress in the triple jump as she recorded 13.25m with her first effort.

Tom Gale secured his spot in Saturday evening’s high jump final, while Molly Caudery also made her final as she impressed in pole vault qualifying.

Oliver Bromby and Olivia Okoli advanced to the 100m finals.

Full results from Grosseto can be found here.