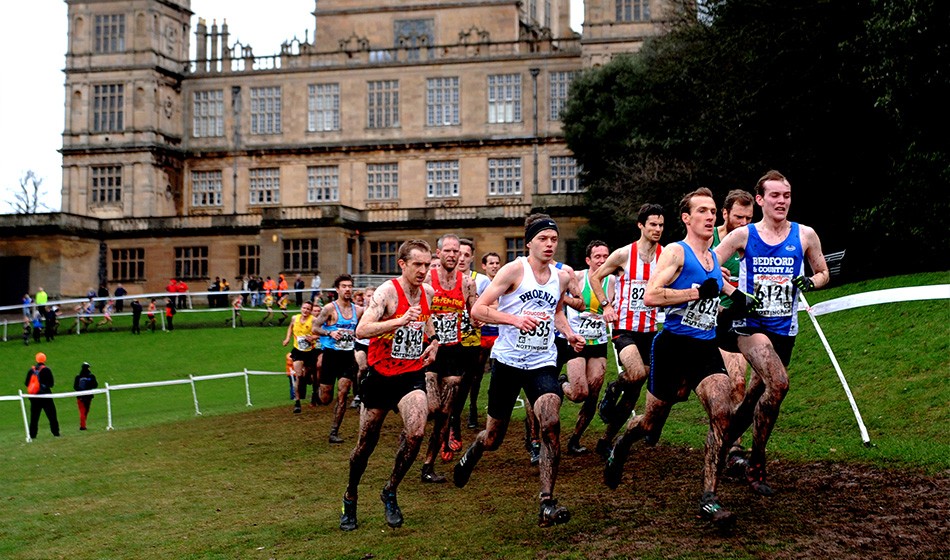 After debuting at Harewood House near Leeds last year, the Saucony-sponsored English National Cross Country Championships, which for many is the highlight of the domestic calendar, returns to more familiar territory at Wollaton Park in Nottingham on Saturday (February 22).

A total of 7683 entries have been received for the 10 races and while way down on the record 9500 at Parliament Hill two years ago, this is on a par with recent championships held in the Midlands.

Here we highlight some of the athletes set to compete. For our full preview, see the latest edition of AW magazine, which is available digitally here or to order in print here.

The top three men from last year are expected to return. At Harewood, Mahamed Mahamed beat Emile Cairess by a second, with Carl Avery in third.

Mahamed recently won the BUCS title and will start as favourite.

In the women’s race the reigning champion Emily Hosker-Thornhill is not racing but BUCS winner Anna Emilie Møller leads a strong line-up.

The 2018 winner Jess Judd, who was third last year, is also entered and clearly in good form judging by her Northern win, as is Midlands champion Gemma Steel.

The 2019 Midlands champion Kate Holt and South of England champion Jess Gibbon will also be looking to make their mark.

Matt Willis and Zak Mahamed,who were ninth and 12th in the Europeans, should be in the medal battle in the men’s under-20 race, while the 2019 under-17 champion Sam Charlton moves up to the junior ranks.

Though she dropped out of the BUCS Championships in Edinburgh, the 2019 winner and this year’s Southern champion Amelia Quirk will be the obvious favourite if she runs in the women’s event.

Izzy Fry, a superb sixth in the European Championships, is bound to be a challenger, as is last year’s under-17 winner Olivia Mason.

The under-17 men’s 6km sees South of England winner Matt Taylor and the runner-up from Parliament Hill, Will Barnicoat, among the favourites.

In the under-17 women’s 5km it could be between Northern champion Lara Crawford, Midlands winner Georgina Campbell and Parliament Hill runner-up Kirsten Stilwell.

English Schools and South of England champion Lewis Sullivan has been unbeatable this winter and starts favourite in the under-15 boys 4km after additional wins at Cardiff and Liverpool.

The under-15 girls 4km features 2019 runner-up Kiya Dee who has gained wins this winter at Cardiff, Milton Keynes, Liverpool and Stirling and will be keen to go one better than last year.

Both under-13 races are over 3km, with Alden Collier and Francesca Baxter among the leading names.

» See the latest edition of AW magazine, which is available digitally here or to order in print here, for our full preview