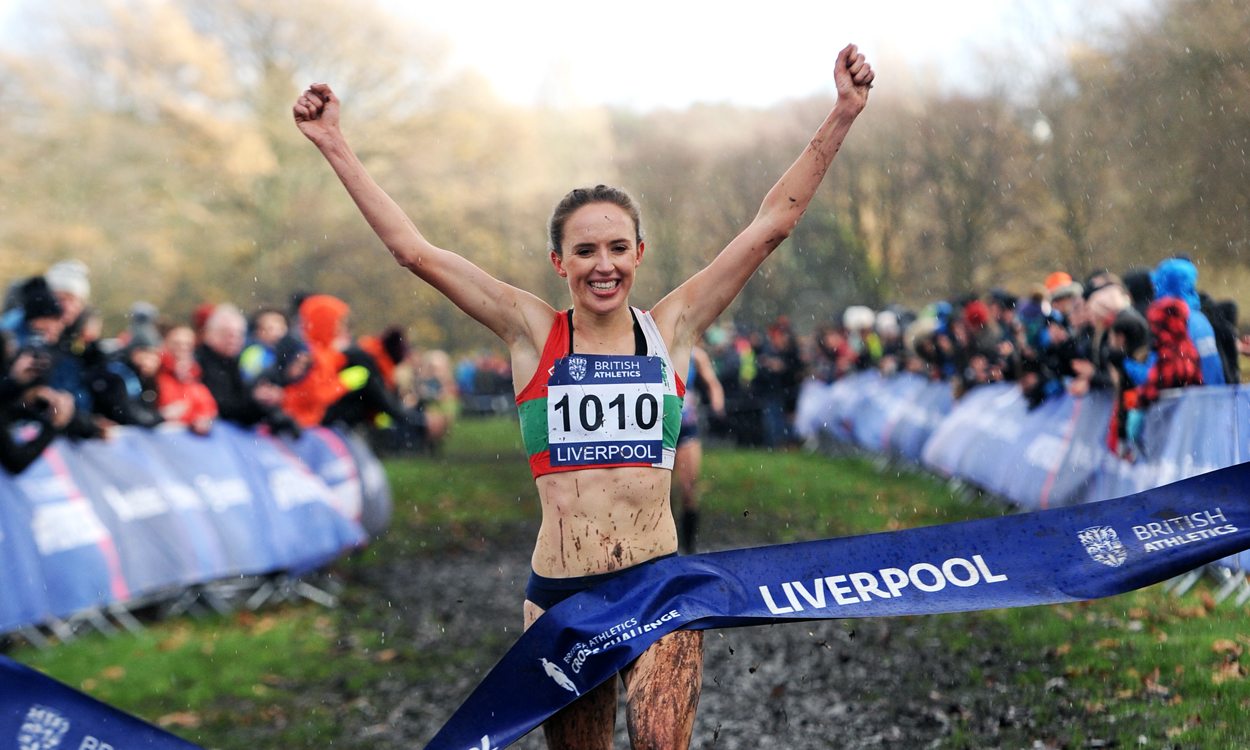 Aldershot athlete sees off a strong field to book her ticket back to the Euro Cross Championships, while Ben Connor also lands impressive Sefton Park win

There were tears but also so much for Emelia Gorecka to cheer as she secured an emotional and remarkable victory at the Liverpool Cross Challenge, convincingly booking herself a trip to next month’s European Cross Country Championships in Slovakia in the process.

As the twice former European under-20 champion told AW in an exclusive interview in the latest issue of the magazine, she had not been setting herself any lofty targets before the race – which incorporated the Euro Cross trials – as she continues her recovery from a stress fracture to her foot.

However, Gorecka’s cross-country experience shone through and she soon found herself at the head of a very strong senior women’s field on the 8.1km Sefton Park course. Her old racing instincts took hold and she proved her strength in winning a memorable battle with Jess Judd and clocking 27:59.

“I’m a bit shocked,” said Gorecka, who is coached by European 10,000m medallist Chris Thompson and his partner Jemma Simpson. “I don’t normally cry but that felt good.

“The last time I raced 8km was here three years ago so there were so many unknowns he just said to me ‘enjoy it and feel good’. So that’s what I did and it wasn’t until the last bit that I was thinking ‘I’ve got a sprint finish with Jess Judd’ and no-one wants to do that! I don’t care what the distance is, to do that is so tough because she is so strong at the moment. I have so much respect for her.

“It was such a strong field so I’m just delighted to qualify and then to win is a massive bonus and that’s why I got a bit teary because I just didn’t think it would happen.”

Judd will be joined in the under-23 line-up for Samorin by Kingston’s Phoebe Law, Amy Griffiths of Aldershot and Mhairi Maclennan, representing Inverness.

In the senior men’s race, victory went to Ben Connor, the Derby AC athlete who was part of the gold medal-winning men’s team in Chia last year. He came home first over the 9.8km course in 30:18 after a lengthy tussle with a leading group that gave no quarter. 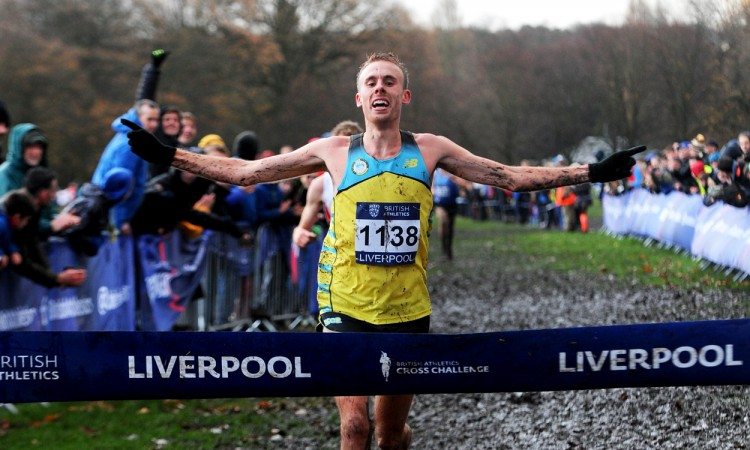 Southampton’s Alex Teuten, who impressed with his performance, was second, with Cardiff Cross Challenge winner Sam Stabler and Dewi Griffiths grabbing the last automatic qualifying spots for the six-strong European team. Defending Liverpool champion Andrew Butchart was fifth but will still fancy his chances of being on the plane to Slovakia.

“I really wanted to win it,” said Connor. “I wanted to push it on and make it an honest race and I did that.”

Southampton’s Mahamed Mahamed, winner in Milton Keynes recently, was the first of the men’s under-23 field across the line and will now be looking to add to the individual European cross country bronze he won last year. Preston Harriers’ Patrick Dever was second, while Tonbridge’s Christopher Olley and Liverpool Harrier Daniel Jarvis booked their Euro Cross slots.

Khahisa Mhlanga was 14 seconds behind, followed by Swansea’s Cari Hughes and Niamh Brown of Aldershot, while Giffnock North’s Erin Wallace grabbed the fifth and final automatic European qualifying spot right on the line, given that there is just one discretionary selection for that age group.

In the under-17 race, Eloise Walker of Edinburgh was victorious in 15:46, with Border Harrier Olivia Mason second and Liverpool Harrier (not to mention this week’s AW Young Athlete interviewee) Ella McNiven third.

Triathlete Ben Dijkstra has been in fine recent form and the Leicester athlete secured an excellent win in the junior men’s race. He will now be headed for Samorin after his victorious 20:58 run over 6.7km. Birchfield’s Will Richardson will be joining him after a fine performance to take second, while Wrexham’s Matt Willis, Cardiff’s Jake Heyward and Morpeth’s Scott Beattie will also need to look out their passports.

In the under-17 contest, Cambridge and Coleridge’s Thomas Keen took victory over 5.5km in 20:58, ahead of Morpeth’s Rory Leonard and Hastings’ George Pool.

Ealing’s Mohamed Ali won the under-15 boys’ race, with the under-15 girls’ race going to Macclesfield’s Sian Heslop, while Poole AC’s William Rabjohns was an under-13 boys’ winner and Maisy Luke of Cornwall taking the under-13 girls’ title. A packed day of action had begun with the under-11 boys and girls races, won by Border Harrier Sebastian Mason and Stockport Harrier Freya Murdoch respectively.

» See the November 30 edition of AW magazine for 10 pages of reports, pictures and results from Sefton Park