Eliud Kipchoge the man to beat in Berlin 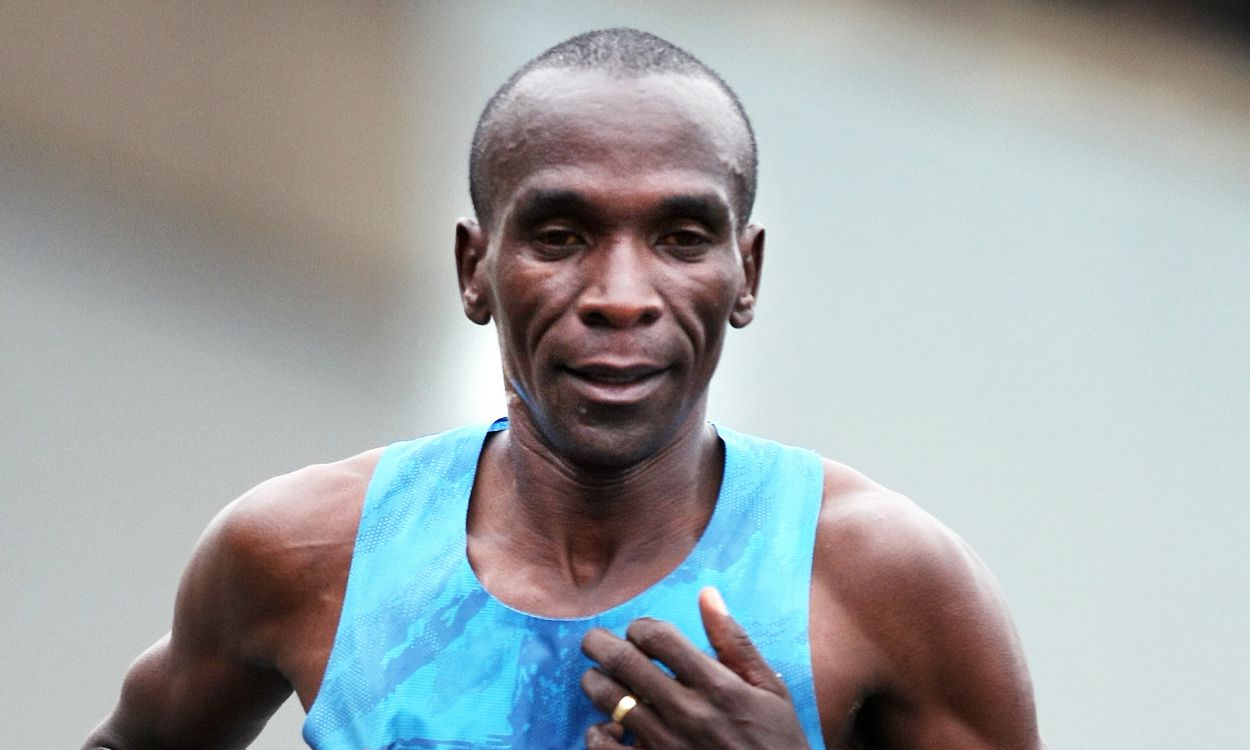 The defending champion and Wilson Kipsang eye the world record, while Tirunesh Dibaba leads the women’s line-up at the Berlin Marathon

Olympic champion Eliud Kipchoge returns to the BMW Berlin Marathon to defend his title on Sunday (September 16) and is hoping to break Dennis Kimetto’s world record of 2:02:57.

Berlin has a reputation as the world’s fastest course – Kimetto set the world mark there in 2014, while Wilson Kipsang, Haile Gebrselassie, Patrick Makau, Paul Tergat and Ronaldo da Costa are among those to break the men’s world record on the flat roads of the German capital in the last 20 years.

Kipchoge, winner in London this year, and Kipsang lined up 12 months ago but their hopes of a world record were scuppered by rain throughout. Kipchoge won in difficult conditions in 2:03:32 while Kipsang dropped out.

Another contender is Zersenay Tadese of Eritrea, five-time winner of the world half-marathon title as well as world record-holder for the distance with 58:23. The 36-year-old was also part of the Breaking2 run, clocking 2:06:51.

Kipsang’s best marathon time is not his world record from 2013 but ten seconds faster: 2:03:13 which he ran three years later in Berlin in finishing runner-up behind Kenenisa Bekele, whose time of 2:03:03 was only six seconds outside Kimetto’s world record.

Berlin is also, of course, part of the Abbott World Marathon Majors, the group of six leading marathons in the world – including Tokyo, Boston, London, Berlin, Chicago and New York.

The winners and leading finishers at the six Marathon Majors races earn points according to their positions which culminate in an overall men’s and women’s winner at the end of a one-year-cycle.

The elite women’s field for the 45th edition of the Berlin Marathon is the strongest for many years and is led by Tirunesh Dibaba from Ethiopia.

As for the marathon, Dibaba’s best is 2:17:56, set in London last year, which makes her the third-fastest woman in history over the distance.

Besides Dibaba, there are three more sub-2:20 runners. They include 35-year-old Gladys Cherono from Kenya – a two-time Berlin winner with a best of 2:19:25.

There is also the 38-year-old Edna Kiplagat – the world marathon champion in 2011 and 2013, plus Yebrugal Melese, Ruti Aga and Aselefech Mergia of Ethiopia, while Japan’s Mizuki Matsuda will hope to improve on her 2:22:44 debut from Osaka this year.

The Berlin Marathon marks the start of the one-year qualification period for the inaugural Abbott WMM Wanda age group world championships which will take place in spring 2020.

Runners earn points according to their age, time and gender, aligned with masters age groups from over-40 through to over-80s.

Scott Overall ran his PB of 2:10:55 in Berlin in 2011 and has returned to the city most years since in a quest to improve this. The 35-year-old is the premier British competitor in the 2018 event along with David Weir, who warmed up by winning last weekend’s Simplyhealth Great North Run wheelchair race.

Racing over 13.1 miles in Denmark, more than a dozen men with PBs inside sub-60 minutes will be racing the Copenhagen Half Marathon on September 16.