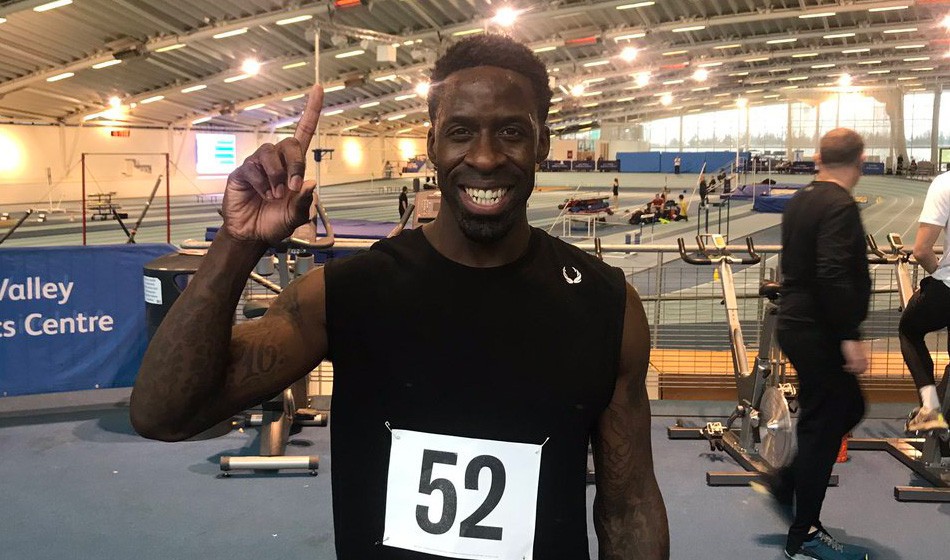 On a busy weekend featuring world records in Birmingham and Monaco, there were a number of other top performances both in the UK and overseas.

Check out our Müller Indoor Grand Prix Birmingham reports, including a world indoor 1500m record by Samuel Tefera and British records by Laura Muir, here, while coverage of the Monaco 5km is here and BUCS Indoor Championships reports are here and here.

Read about a record-breaking edition of the Armagh International Road Races here.

A week after being disqualified from the British Championships 60m semi-finals for a false start, Dwain Chambers was back in action at the Metaswitch Games Open at Lee Valley and was in record-breaking form.

Another record-breaker competing at Lee Valley was Clare Elms as she set a world W55 masters 800m record.

In her first indoor 800m for five years, Elms broke her third world masters record in three weeks (after records in the mile and 1500m) with a time of 2:25.89 to take two seconds off the previous record.

Results of the Senior Men’s 800m at the @irishlifehealth National Indoor Seniors where @markenglish_ takes the title!

Sommer Lecky won the high jump after her 1.86m clearance.

Konstanze Klosterhalfen set a world lead and national record of 8:32.47 in the 3000m.

Christina Schwanitz also had a world-leading performance as she won the shot put with 19.54m. The men’s title was won by David Storl, his 15th national gold.

Pamela Dutkiewicz won the 60m hurdles in 7.90 from Cindy Roleder with 8.00, while Lisa Ryzih claimed the pole vault title with a clearance of 4.60m and Malaika Mihambo won the long jump with 6.72m.

Britain’s Montpelier-based Katarina Johnson-Thompson contested three of the five events in Miramas, clocking 8.39 in the 60m hurdles, clearing 1.84m in the high jump and throwing 12.50m in the shot put.

Mujinga Kambundji won the women’s 60m title in 7.08 to match the world-leading mark.

Jason Joseph ran a national record of 7.56 in the 60m hurdles semi-finals and then took gold with 7.62.

Course records were broken by Volha Mazuronak of Belarus with 2:26:13 and Kenya’s Barnabas Kiptum with 2:09:20.

» Further coverage and results in the February 21 edition of AW