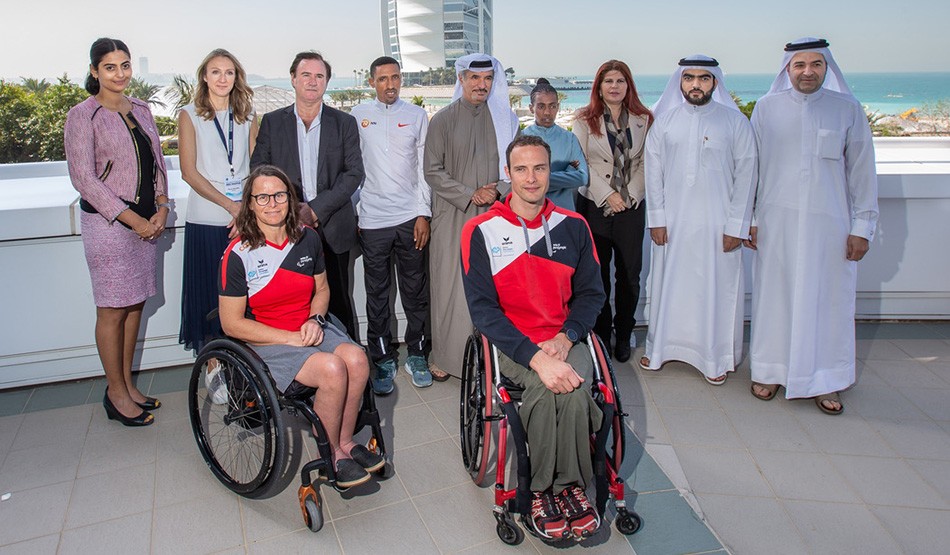 Ethiopian duo Worknesh Degefa and Soloman Deksisa will spearhead the fields featuring major city marathon winners and athletes with more than 35 international victories between them when the Standard Chartered Dubai Marathon is staged on Friday (January 24).

The pair boast the best PBs in the women’s and men’s fields respectively and will be among the big favourites when the elite side of the IAAF Gold Label event race gets under way at 6am local time (2am UK time).

For Deksisa – who set his PB of 2:04:40 when finishing third in Amsterdam in 2018 – it’s a debut appearance on the flat and fast roads of Dubai and the 25-year-old will be looking to add to the back-to-back city marathon wins he enjoyed in Hamburg and Mumbai in 2018.

Another Dubai debutant is Kenya’s Eric Kiptanui, whose personal best of 58:42 makes him the fastest half-marathon runner ever entered into the Dubai Marathon.

Ethiopia’s Getaneh Molla won last year’s race on his debut in a course record time of 2:03:34 and Kiptanui has the potential to continue this tradition and possibly end Ethiopia’s eight-year dominance of the men’s race.

For Degefa it’s a welcome return to one of her favourite hunting grounds. The 29-year-old holds the distinction of being the fastest Ethiopian female marathon runner of all time thanks to her PB of 2:17:41 – the fifth fastest marathon time ever run by a woman – set in Dubai just twelve months ago.

As well as that personal best when finishing second last year, Degefa won in Dubai in 2017 and finished fourth in 2018. She also won the Boston Marathon in April 2019.

Her challengers include fellow former Boston Marathon winner Bizunesh Deba (2:19:59) and the up-and-coming Bedatu Hirpa, who won the 2017 Athens Marathon at the age of just 18.

While those elite fields will take to the roads at 6am local time on Friday, with the masses off an hour later at 7am, the honour of getting the day’s action under way falls to the fields of wheelchair athletes.

Among those starting a battle royale at 5.55am will be the defending champions Marcel Hug and Sandra Graf of Switzerland

“This week, the course is the same for the 21st running of the Standard Chartered Dubai Marathon so we are looking forward to yet another high-quality race from a talented group of elite athletes.”

The race will be available to watch on a live stream, with commentary from Paula Radcliffe, Pat Butcher and Tim Hutchings.

The stream is set to begin at 5.50am local time (1.50am UK time) on Friday morning before the start of the wheelchair races at 5.55am and the men’s and women’s races at 6am.