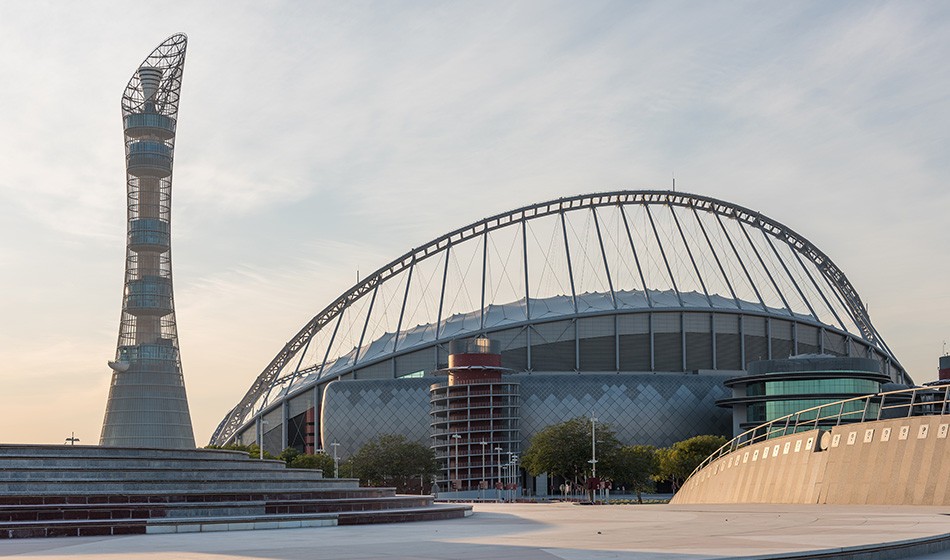 AW promotion: The IAAF World Championships will be the climax to a packed summer and for athletics fans, the signs are that a trip to Qatar will be very worthwhile

The past few months have given a few clues as to what we might be able to expect from this summer’s IAAF World Championships in Doha. First, the host venue of the Khalifa Stadium staged the Asian Championships as a test event in April before May saw the annual Diamond League meeting taking place on the pink track.

Given the fact that around 13,000 people turned up to the latter and that there were impressive early season performances from athletes such as Hellen Obiri, Dina Asher-Smith, Caster Semenya and Daniel Stahl, the signs have been very encouraging ahead of the global event.

David Barnett of Track and Field Tours (trackandfield.co.uk) has attended and organised tour parties for every World Championships to date since the inaugural event took place in 1983. He will be leading a tour for the 2019 edition, too, and travelled to the Qatari capital to see the Diamond League action and gain a perspective of the set-up ahead of September’s showpiece.

He was left impressed and enthused by what he saw and experienced. Here he gives a few of his thoughts.

I think the venue is really good. It’s very comfortable. People have been sceptical that it’s going to be too hot but it does have this air conditioning system that really does work. When I was there it was 35 degrees outside the stadium at around five o’clock but inside it was only 24 or 25 degrees.

The acoustics in the stadium are also very good so if you’re a fan going to an event and you want to hear the announcements then they were clear and easy to follow.

There are over two and half million people in Qatar now – it’s ever-expanding – but there are only 400,000 Qataris in the whole country. Most of the population, therefore, is international or multi-national, so the audience at the Diamond League was a cross-section of people from all over the world. It felt automatically very international, as does most of the city.

At the Diamond League there were Kenyans, Ethiopians, Jamaicans… all jumping up and down and waving flags. There was almost a football supporting kind of fervour.

Coping with the heat

Everyone says how hot it’s going to be and if they held it in the usual period of August then it would be pretty horrible. But, having the championships at the end of September means that the outside ambient temperature will be 32-33 degrees during the day.

By the evening it will only drop to around 30 but there will be that air conditioning at the stadium and because it will already be dusk when the sessions start at 4:30, there will be no issues about sitting in the sun for anybody. As a fan, I found it very, very pleasant.

The reality is that in Berlin it got up to 39 degrees on a couple of days during the European Championships last summer, while I remember the 1999 World Championships in Spain was also very hot, with people being physically unable to sit in their seat due to the heat at some points.

One session per day should work well

From our experience of looking after thousands of fans for the last 30-odd years, going backwards and forwards to the same place twice a day is sometimes not ideal. For most people who attend major championships it can be like a mass commuting exercise.

However, with Doha having just one session a day, you’re going to get to the stadium around 4:30pm, having had the chance to relax, to do a bit of tourism – and there are a number of things to do.

The stage is set

I’ve attended and organised people at every single world championships since 1983. If the athletes are looked after properly then they are going to compete to the best of their ability regardless of where they are.

The quality of the competition will be great and recent world championships have shown it’s also really good value for money.

I think it’s going to be a really good championships.