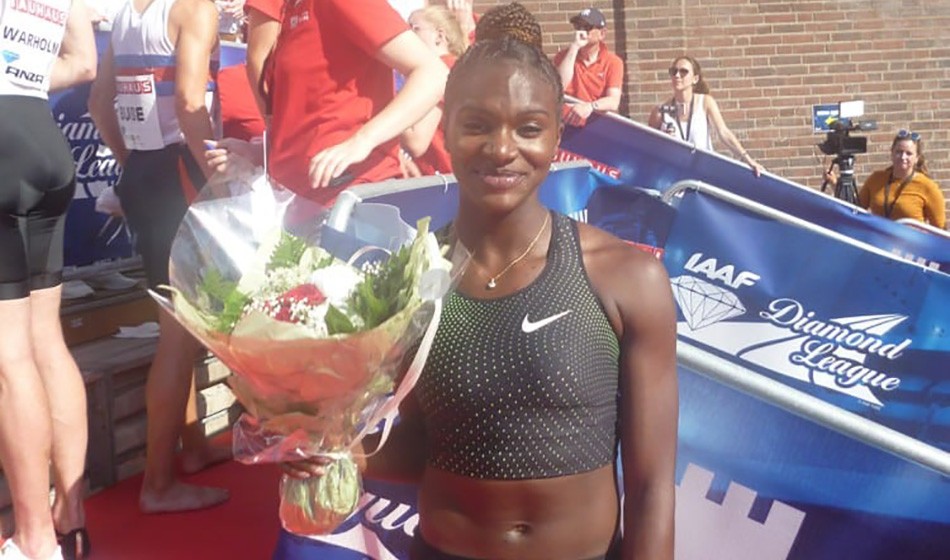 Diamond League series starts in style, with Asher-Smith and Semenya among athletes to impress in Qatar

The 10th edition of the IAAF Diamond League series got off to a strong start on Friday, with Britain’s Dina Asher-Smith and South Africa’s Caster Semenya among athletes to secure success.

In her first individual race of the season, triple European champion Asher-Smith made a statement with a dominant 200m victory. Her time of 22.26 (+1.1m/s) in the Khalifa Stadium, which will host the World Championships later this year, saw her finish well clear of the rest of the field, with Dutch European medallist Jamile Samuel second in 22.90 and Nigeria’s Blessing Okagbare third in 23.14.

USA’s world 400m champion Phyllis Francis finished seventh in 23.47, while Britain’s Shannon Hylton did not get the chance to race following her disqualification for a false start.

“I didn’t know what to expect in my first race of the season but I ran faster than I thought I would so I’m really happy,” said British record-holder Asher-Smith.

“I ran a good race technically and this is a beautiful arena, I’m so glad I came here.

“To win in this stadium means a lot to me and it was nice to test out the arena and the track before the IAAF World Championships. There was a great championship atmosphere here and my aim is to come back here healthy and just try to do my best.

“Tonight, I didn’t expect to win in that way against such an accomplished field so it’s a good sign but the season is only just beginning.”

Given the Court of Arbitration for Sport (CAS) ruling which had been announced just two days before, there was unsurprisingly a great deal of attention on the women’s 800m and the performance of Semenya, who had been a late entry to the field.

As reported on Wednesday, the CAS dismissed the challenges from both Semenya and Athletics South Africa against the IAAF’s new rules on female classification, with the new regulations coming into effect on May 8.

After following the pacemaker through 400m in 56.66, Semenya continued to control the race and crossed the finish line with a time of 1:54.98 on the clock to secure her 30th consecutive 800m victory in the 15th quickest-ever time.

Olympic and world silver medallist Francine Niyonsaba of Burundi was second in 1:57.75, while USA’s Ajeé Wilson was third in 1:58.83 and Britain’s Lynsey Sharp ninth in 2:01.51.

Speaking after the race, Semenya confirmed that she will “keep on training and running”. 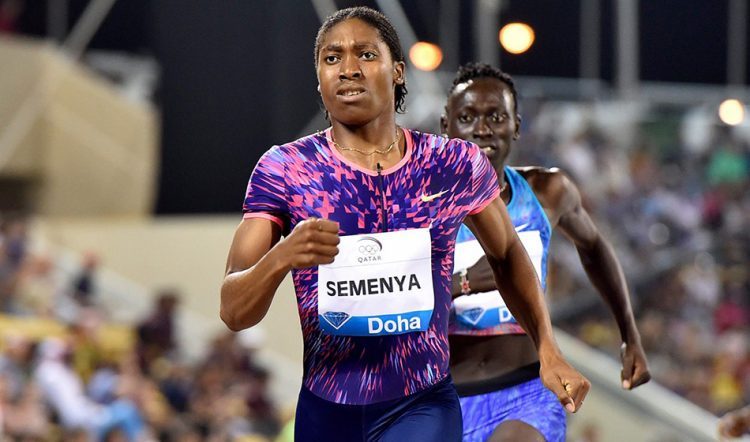 “I’m excited winning here in Doha,” said the two-time Olympic and three-time world champion. “The first race of the season is tough and you may not be able to predict how your body is going to respond to the push but the weather is great and it was wonderful tonight.

“For me, I believe nothing is hard in life because it is up to you how you take life. As an athlete, I believe in sportsmanship and what sports teaches you is to keep pushing on despite all odds.

“I’m going to keep enjoying my life and live it. I will keep on training and running. To me, impossibility is nothing.”

The meeting had got off to an impressive start as Sweden’s world silver medallist Daniel Ståhl opened his discus competition with a Diamond League record throw of 69.63m before further improving it to 70.49m and then 70.56m.

Colombia’s Caterine Ibargüen, who last year won Diamond League titles in both the long jump and triple jump, leapt into the lead of the long jump competition in the fifth round and her 6.76m was enough to secure the win. Britain’s Lorraine Ugen finished fourth with 6.62m and Shara Proctor eighth with 6.35m.

Sam Kendricks soared over 5.80m in the pole vault, achieving a Tokyo Olympic qualifying standard as well as the win, while GB’s Charlie Myers cleared a best of 5.46m to place sixth. Women’s high jump victory was claimed by 17-year-old Yaroslava Mahuchikh of Ukraine as she cleared an outdoor PB of 1.96m and USA’s Ryan Crouser won the shot put with a throw of 22.13m.