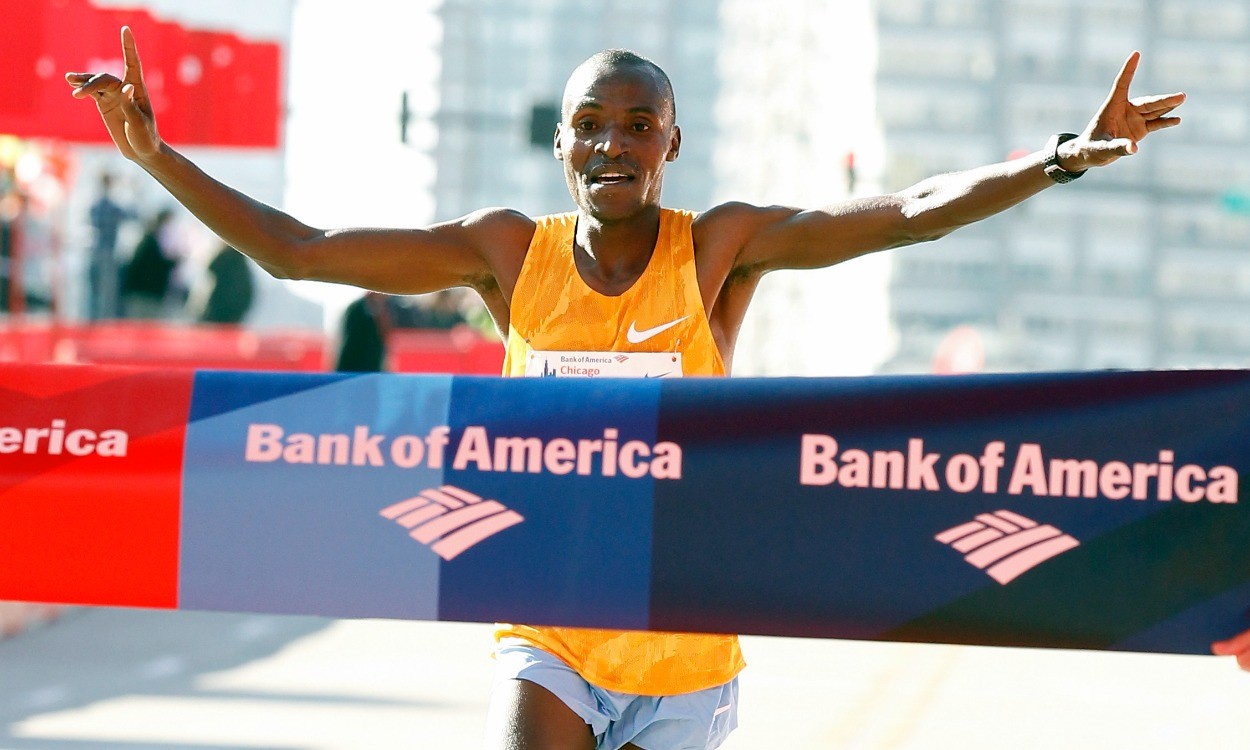 Dickson Chumba and Florence Kiplagat return to the Bank of America Chicago Marathon on Sunday (October 9) looking to retain their titles.

Chumba is the quickest in the field with his PB of 2:04:32 and he will face a line-up including fellow Kenyan and two-time world champion Abel Kirui and their countryman Micah Kogo, plus Ethiopia’s Abayneh Ayele, who placed fourth at the IAAF World Half Marathon Championships in Cardiff, finishing just behind Britain’s double Olympic champion Mo Farah.

Kenya’s Kiplagat, the world record-holder in the half-marathon with 65:09, heads the women’s field on times with her 2:19:44 from the Berlin Marathon in 2011.

Britain’s London 2012 Olympians Scott Overall and Freya Ross are also among those in action in Chicago.