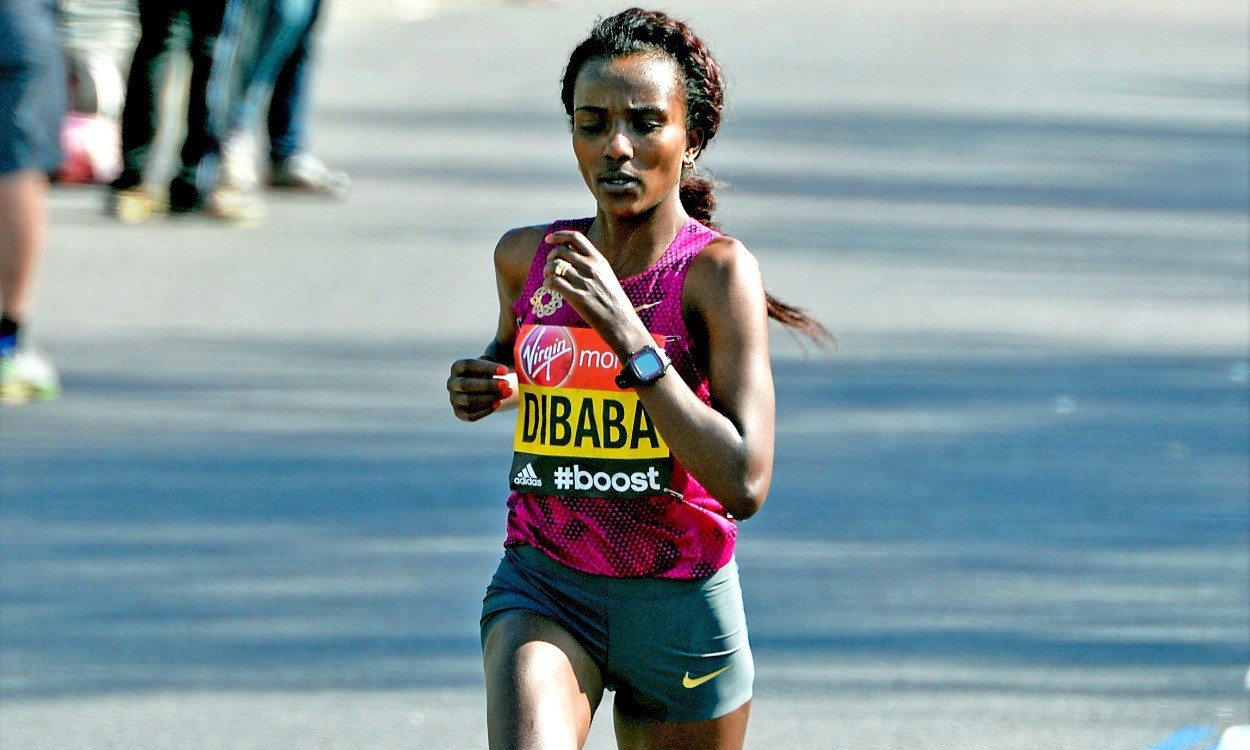 World and Olympic track champion to return to the roads following her marathon debut in London, while Priscah Jeptoo withdraws with stress fracture

Tirunesh Dibaba is to drop back down in distance when she makes her return to the roads on May 18 as she is to defend her Bupa Great Manchester Run title.

The world and Olympic 10,000m champion set a course record of 30:49 in claiming victory over the 10km Manchester course last year and will be looking for similar success next month following her third place finish on her marathon debut in London two weeks ago where she clocked 2:20:35 for the third fastest-ever debut by a female athlete over the distance.

The Ethiopian would have been joined by the likes of Kenya’s Priscah Jeptoo, who had been set to make her Great Manchester Run debut, but the world and Olympic marathon silver medallist has been forced to withdraw from the event following a stress fracture sustained at the Virgin Money London Marathon on April 13.

“It will be interesting to see what she does in Manchester. Last year she came and sat in with the others until halfway and still broke the course record.”

Fresh from Great Edinburgh Run victory, Gemma Steel is included in the elite women’s line up for the Manchester event, as is the likes of Italy’s world marathon silver medallist Valeria Stranio, Sophie Duarte of France and Portugal’s Sara Moreira.

The elite men’s field includes world marathon record-holder Wilson Kipsang and Kenenisa Bekele, the fastest man in history over 5000m and 10,000m on the track.

The Bupa Great Manchester Run is Europe’s biggest 10km race and an IAAF Gold Label event. It forms part of a weekend of athletics action in the city, with the BT Great CityGames taking place the day before on May 17.