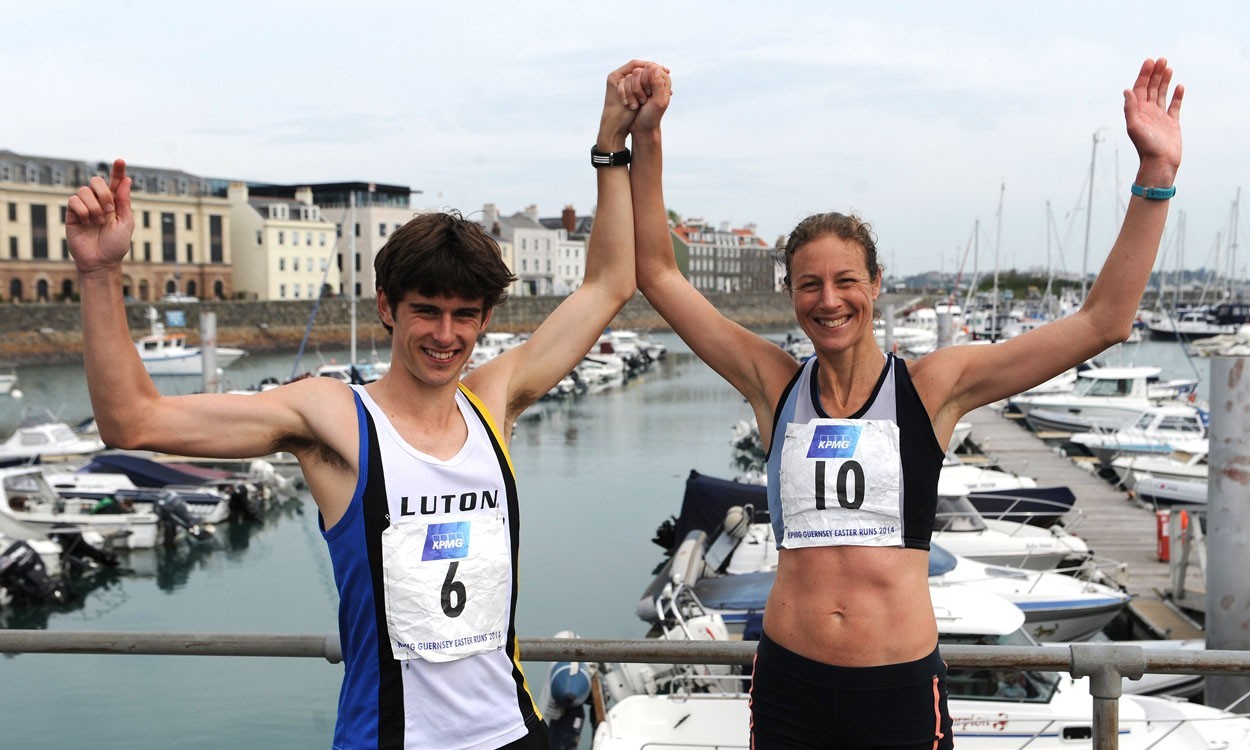 Dan Woodgate and Helen Dyke were overall winners as the KPMG Guernsey Easter Running Festival returned for its 33rd edition.

St Mary’s athlete Woodgate won two of the four events to secure the men’s prize, while half-marathon victory for Dyke of Poole Runners helped her on her way to winning the women’s honour.

Woodgate had opened the weekend by winning the 10km road race in 31:14, a minute and a half clear of his runner-up team-mate Chris Rooke, who would later deny him the quickest leg in the 4×2-mile cross-country relays, while Commonwealth Games pick Sarah Mercier was the leading woman in the field with 35:47 ahead of Dyke’s 38:36 for third.

Both overall winners went on to dominate the concluding half-marathon event, Woodgate posting 69:11 to win by more than five minutes from Serpentine AC’s Rick Weston as young Gwynant Jones of Cardiff AC – one of Woodgate’s St Mary’s University group – came home third in 75:19.

It was Woodgate’s second straight victory in the Easter half and the man who wears the vest of Luton AC said: “I love it here – it’s amazing.

Dyke  was the leading woman in 84:24, but there were terrific runs from the fast-improving local duo of Chantal Green and Mel Nicolle.

On Easter Sunday, nearly 200 had clubbed together in nearly 40 teams for the popular 4×2-mile team relay.

The St Mary’s University squad led from start to finish. Woodgate set up the win with a strong leg of 10:36, but that time was usurped by Rooke, who clocked 10:35 on the final lap.

GIAAC’s first team were third at the first changeover, but thereafter moved into a comfortable second, as GIAAC under-17s took third.

Although some way off his course record, Lee Merrien clocked 23:56 to win Saturday’s Keith Falla Memorial Cross-Country over 4.75 miles at L’Ancresse.

Woodgate was well clear of Weston for the runner-up spot.

GIAAC runner Nikki Neal finished leading woman in a shade under 29 minutes as Dyke was second.