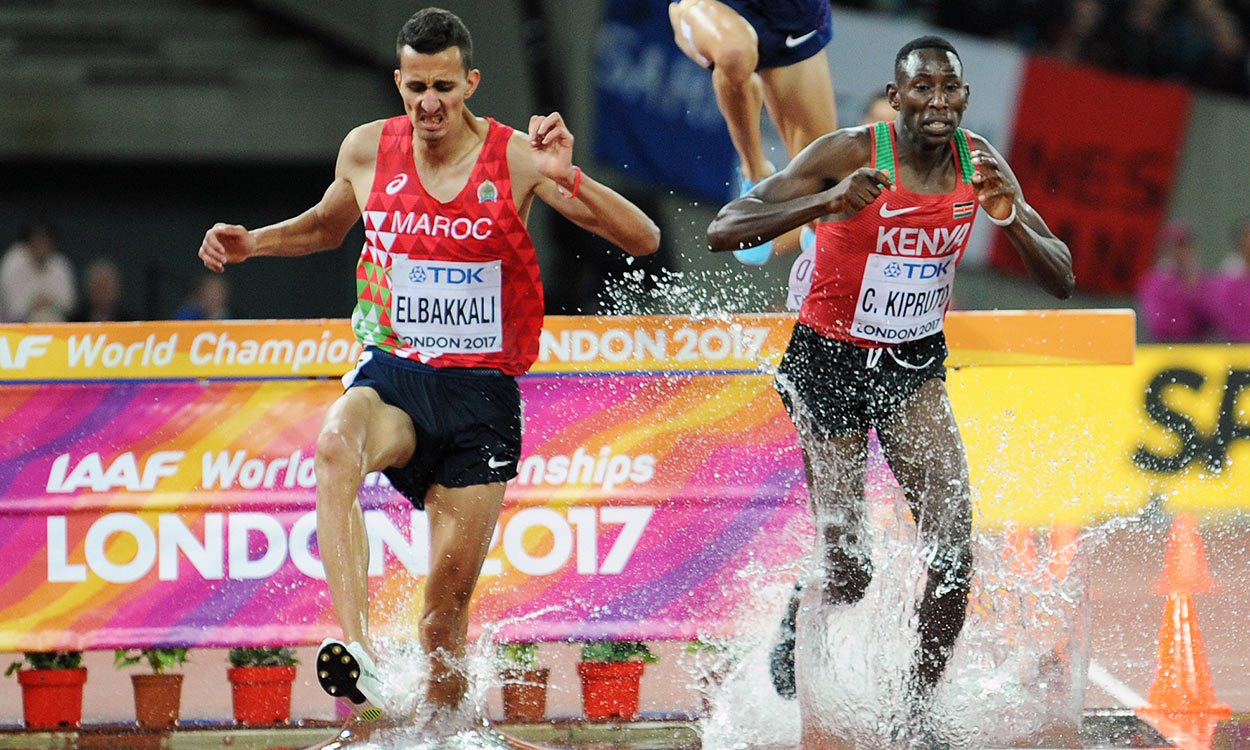 Kenyan domination continues in the event in London

Since 1991 Kenya has only failed to win the men’s world steeplechase twice and on those occasions gold went to the former Kenyan Saif Saaeed Shaheen.

This year, at the IAAF World Championships in London, many were predicting that their domination could come to an end as other nations were picking up Diamond League wins and the Kenyans were not impressing as much as in past years.

They were wrong as Kenya won their 12th world gold and 29th steeplechase medal. They have also won the last nine Olympics.

Their winner was Conseslus Kipruto, who was curiously introduced as the double world silver medallist, rather than the Olympic champion. He had missed part of the summer with a heel injury that he said had bothered him slightly in qualifying.

If his opponents were hoping he wouldn’t be race sharp, they were also wrong. He won with ease, which the 0.37 winning margin doesn’t do justice to. Kipruto was celebrating as soon as he cleared the final hurdle even though he was only metres ahead.

The first kilometre was a modest 2:51.81, which is just 8:35 pace and Ethiopian Tafese Seboka was ahead at this point.

World leader Evan Jager, who was the pre-race favourite, realised the dawdle couldn’t continue. He accelerated and was ahead after four minutes of running and he stretched the lead past halfway.

Churning out 64-second laps it was soon down to just four athletes.

Behind the Rio runner-up, there was a relaxed Kipruto, the fast-improving Moroccan Soufiane El Bakkali, who was fourth in Rio but has won two Diamond Leagues this season, and also hanging on grimly was Ezekiel Kemboi.

Kemboi, who was chasing an incredible historic fifth successive gold and eighth successive medal, was introduced as just the defending champion.

The man who had planned to retire in 2016 but decided to stay after having his Olympic bronze medal taken away through disqualification, was clearly not at his best. After straining, he finally let go on the penultimate lap which Jager covered in 63 seconds.

Jager still looked relaxed at the bell but could not stop Kemboi soon easing past. Down the backstraight, the three were still together but it was the Moroccan who looked the most menacing as he went past the American. Over the last water jump, it still looked like it could go any of three ways but Jager dropped a few metres off the pace.

As they hit the straight, El Bakkali moved wide but Kipruto held a narrow lead over the last barrier and immediately started gesticulating despite the fact that the Moroccan was right behind him and running strongly. He made no impression though and Kenya had won again.

“Last night for morale I told myself: ‘I am Olympic champion and that others must break me’. There are others who are strong but I knew if the race was around 8:10 pace that I was going to win.”

El Bakkali was delighted with his silver and aged just 21, he could be the one to put up an even stronger challenge next time.

He said: “That was a bit of a surprise. I thought I would maybe get a medal next time, so this is great.”

Jager kept as close to the pair ahead as he could but was a second back and he barely held off the very late charge of triple Olympic medallist Mahiedine Mekhissi who fell just 0.27 of a second down.

It wasn’t the vintage Kenyan performance of Beijing where they had an unprecedented top four but it was still good enough.