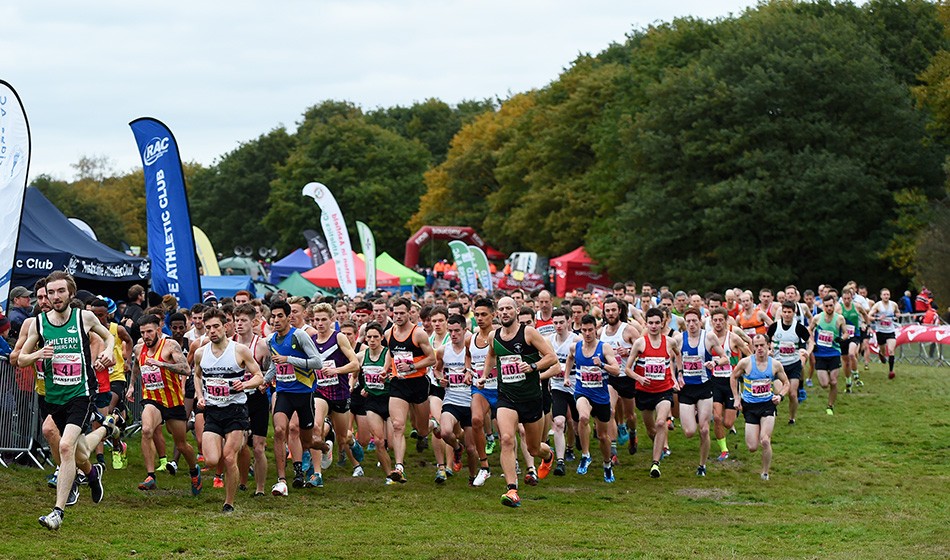 Despite the uncertainty of whether Berry Hill Park in Mansfield would be available for this year’s Saucony English Cross Country Relays, another big entry has been received for the event on Saturday (November 2).

At close of entries a total of 1281 teams had been entered across the 10 races at this popular autumnal event.

Ian Byett from the English Cross Country Association says this is just two down on the 2017 record and up on last year’s number of 1223.

There is a record entry for the senior women’s race with 184 entries, which is up 14 on the previous best last year.

A massive 227 senior men’s teams are entered – just eight short of the 2017 record and an increase of 20 on last year.

The venue’s availability was uncertain due to the trustees of the park being unable to afford its upkeep, but after a petition and public pressure in 2018 a solution seems to have been found – at least in the short term.

“In the lead up our team had been working hard to have everything in place and we are all set to go and put on another great event,” says Byett.

Tonbridge AC will be defending their women’s title this weekend while Leeds City defend the senior men’s crown.

However, Aldershot, Farnham & District will be doing their utmost to land a senior crown after finishing runners-up in the men’s and women’s races last year.

Loughborough took the overall win in the under-20 women’s event last year, but as university teams are not eligible for medals the title went to Herne Hill. Morpeth won the junior men’s race.

From humble beginnings at Crystal Palace in 1985, the championships has gone from strength to strength and has been staged at Berry Hill Park since 1989.

For many senior and junior athletes, it acts as a build-up race ahead of the Euro Cross trials in Liverpool later this month.