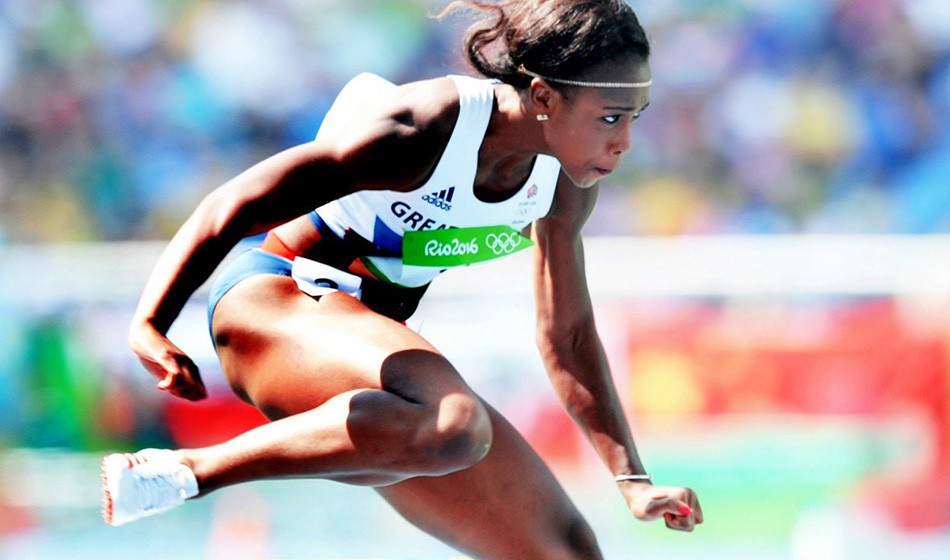 Cindy Ofili says she is “super excited” to be returning to GB action at this weekend’s European Team Championships in Bydgoszcz, Poland, following injury struggles over the past couple of years.

The 25-year-old, whose 100m hurdles PB of 12.60 from 2015 ranks her third on the UK all-time list behind her sister Tiffany Porter and heptathlon star Jessica Ennis-Hill, last pulled on the British vest at the Olympic Games in 2016 in Rio, where she finished a fine fourth.

But she ruptured an Achilles tendon at the start of the summer of 2017 and it has been a long road back.

“It’s been a while since I’ve represented GB,” says Ofili, speaking with AW in Poland on the eve of the European event. “My last appearance was probably the Olympics in 2016.

“Just being healthy and getting a lot of sessions in in training has really helped.

“I’m super excited to go out there, take the opportunity to wear the GB vest and represent well.”

On her injury, she adds: “It set me back for about a year and a half. I just returned to competing last year and training has been taking some time because other parts of my body are still getting used to the new Achilles tendon.

“It has been hard but I just need to get more races in. It’s getting there, I’m progressing quite nicely.”

After clocking 13.06 at the Racers Grand Prix in June, Ofili ran 13.24 in the heats at the Müller Anniversary Games in London and targets more Diamond League competition at the Grand Prix in Birmingham before the British Championships and then, she hopes, the IAAF World Championships in Doha.

“I’m excited to show what I’m actually capable of,” says the British indoor champion, who is coached by Jeff Porter, a fellow hurdler and the husband of her sister Tiffany.

The Porters recently welcomed the arrival of their first baby, daughter Chidera Linda, and on becoming an auntie, Ofili says: “It’s amazing, she’s such a cute little kid. My sister is extremely excited, she’s going to be a great mom.”

Asked if the baby has started hurdling yet, Ofili smiles and replies: “No, but she’s going to soon. She’ll be a hurdler!”

» Cindy Ofili was speaking with Stuart Weir in Bydgoszcz

» Click here for our ‘who, what and when?’ guide to European Team Championships Super League action in Bydgoszcz