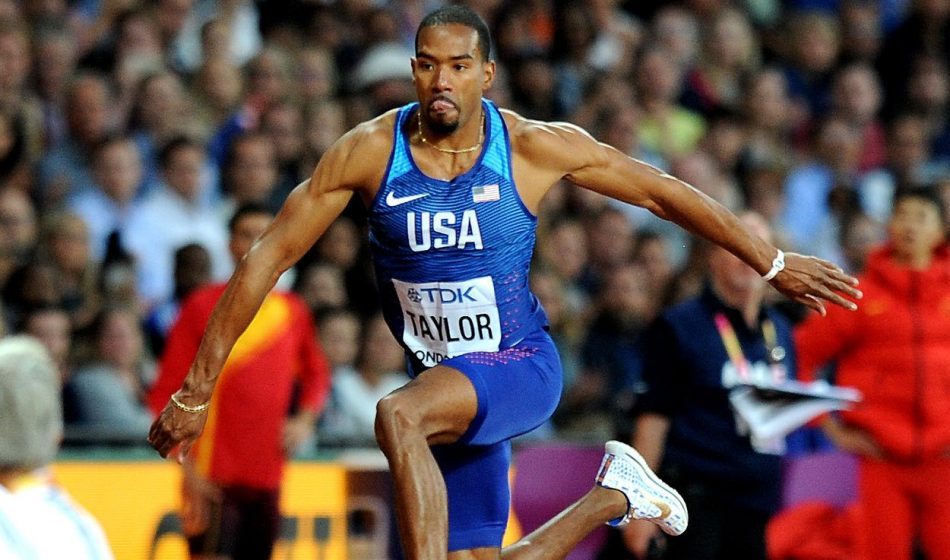 Christian Taylor didn’t trouble Jonathan Edwards’ long-standing world record – he didn’t even get that close to the distance which won him Olympic gold last year – but the American still did enough to get the job done and win his third IAAF World Championships title in London.

The 27-year-old’s last world gold was won in Beijing with a jump of 18.21m, just 8cm short of Edwards’ 22-year-old mark that remains out of reach, but it became apparent fairly quickly that there wasn’t going to be a giant leap on this occasion.

Instead what unfolded was another close battle between Taylor and his fellow countryman Will Claye, the former winning out thanks to a best jump of 17.68m.

Claye wasn’t far behind, taking silver in 17.63m, with Portugal’s Nelson Evora third in 17.19m, ten years after he won the world title in Osaka.

It was Claye who produced the better series and took the early lead when he jumped 17.54m compared to Taylor’s opening effort of 16.97m.

However, the Olympic champion responded with a second round of 17.57m and that crucial third-round 17.68m. He admitted, however, that becoming a world record-holder is still very much in his thoughts.

“Will Claye makes it difficult for me every time,” said Taylor, whose winning leap in Rio was 17.86m. “I have this watch from my sponsor with 18.30 on it. I will try to fight, I will get this number. The record is still on. I am still motivated to break that record.

“My motivation is to be the best athlete. This was not the night, I am a little disappointed. But the season is not yet over.

“This final was a fight, I enjoyed it, it makes the competition fun.

“If you do not have a rivalry – like I have with Will Claye – then the sport is boring. One month ago we did a competition in the mountains, we are trying everything to do this number, even in the mountains. We really want to break the world record.”

Claye, who was also runner-up to Taylor last summer, added: “You can never complain about the silver medal. But it is always just the second best player in the field and I felt like I should have executed better today. I will just continue to work harder and whenever it is be my time, I will be ready.”