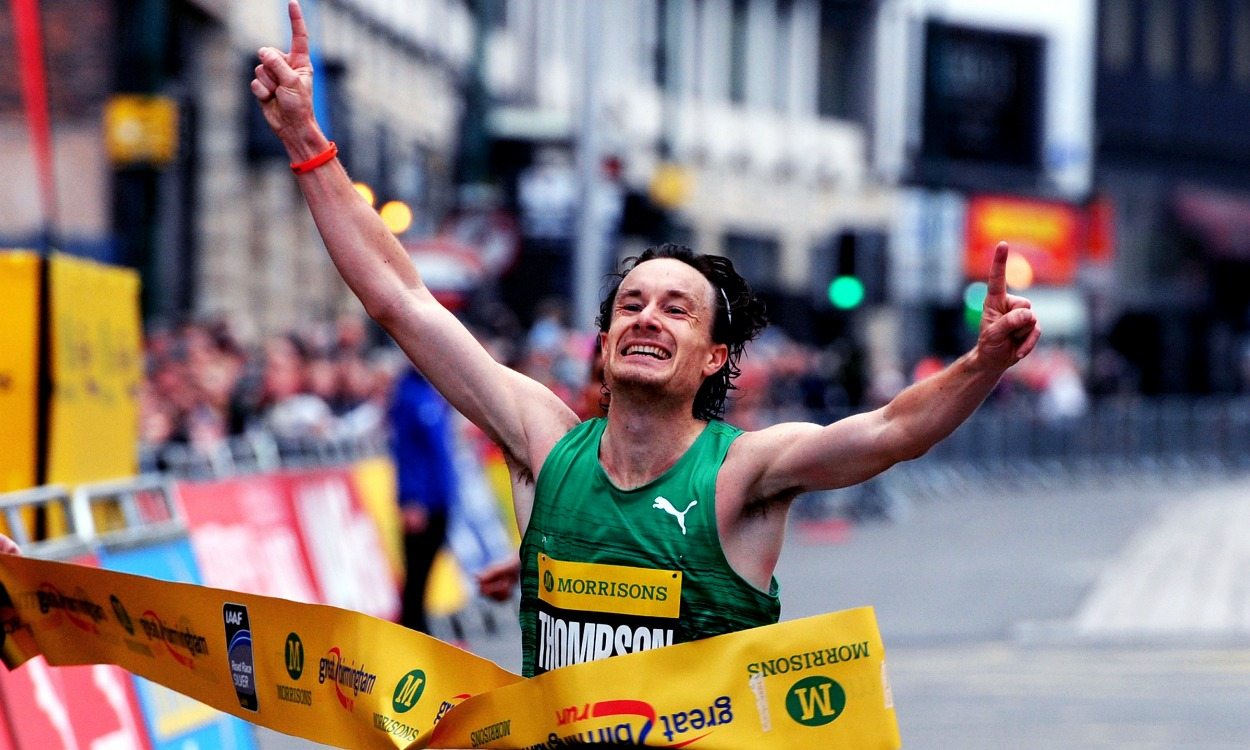 A look ahead to Sunday’s half-marathon, with defending champion Thompson up against fellow Olympian Andy Vernon

Thompson, who ran the 10,000m at London 2012, followed up his seventh place at the Great North Run in September with a 61:58 for fourth in the Bank of Scotland Great Scottish Run earlier this month. He is back for his third half-marathon of the autumn in the city where last year he scored a two-second victory in 63:00.

If he is to win again, he could be in for another close tussle. Vernon, who was 25th in the 2016 Olympic 10,000m final, leads the British challengers as he takes part over the half-marathon distance for the first time since placing sixth at the 2014 Great North Run, where he ran his PB of 62:46.

After his injury-hit summer he appears to be back on the road form after posting the fastest leg overall at the Southern relays last month.

Romania’s Marius Ionescu, who has a best of 63:20, will vie with Ukrainian Roman Romanenko to compete for honours.

In the women’s race, Sonia Samuels heads the entries after her appearance at the Olympics, where she finished 30th in the marathon. The 37-year-old has a PB of 72:36 from 2013, while European Cup 10,000m athlete Lauren Deadman and Georgie Bruinvels, who has a best of 73:29, are other Brits aiming to finish high up.

Almensch Belete, who competed at the 2012 London Olympics over 10,000m, has no form over this distance but has run 56:14 for 10 miles, while Ukraine’s Olha Kotovska was three places behind Samuels in Rio and goes into the race with a PB of 72:14.

The fastest in the field, though, is Romania’s Monica Madalina Florea, who set her PB of 71:56 when finishing seventh at the European Championships in Amsterdam earlier this year.

Up to 20,000 runners will take part in the Great Birmingham Run, with the Junior and Mini events held earlier in the day on Broad Street, where the half-marathon will finish.