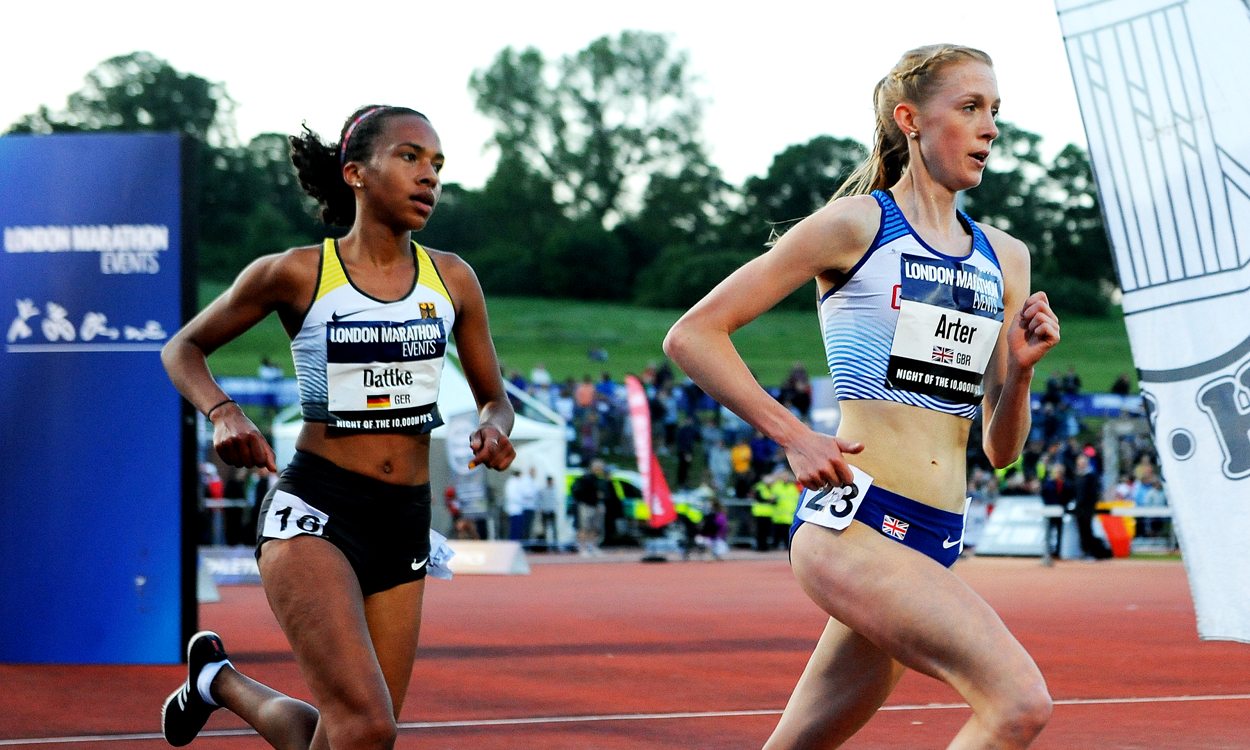 Lonah Chemtai Salpeter gets gold for Israel at Highgate Night of the 10,000m PBs

After being paced through halfway in 15:45, the Kenyan-born athlete, who was a former nanny in Israel, broke clear of Romanian Ancuta Bobocel who stayed reasonably close until the final kilometre.

“This meeting was so nice,” the winner said. “It’s the first time I ran with a crowd where they come so close to the inside lanes of the track. The track felt shorter because they were so close.

“My full time job is as an athlete,” she added, “and my next race is probably a 15km in Valencia and then the 5000m and 10,000m at the European Championships are the goal.” 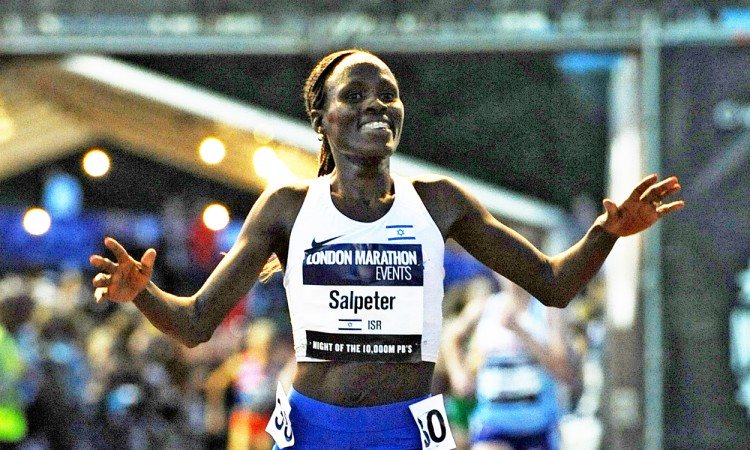 Bobocel was a clear second in 31:43.12 and it initially appeared that she had the consolation of leading Romania to team victory ahead of GB, however a revised result has since suggested that Britain may have won.

A clear third in the individual event was an inspired Charlotte Arter who ran 32:15.71 in her third race at Highgate to continue her strong recent run of form.

Her PB time easily beat the European Championships standard of 32:30 and moves her into the UK all-time top 30.

Apart from guaranteeing her spot in Britain’s team for Berlin, it also won her the British title.

“I knew I was in good shape, and training and racing has been going well,” she said. “I knew I could get the time if the race went well.

“It was too slow at halfway and I pushed on. I wasn’t sure if the pacemaker went far too quick or we were too slow. The crowd were fantastic and I’m really happy.”

However, the remaining Brits were left lamenting the lack of secondary pacemakers and the slow first half.

Six other UK athletes came within 10 seconds of the qualifying time for Berlin with far faster second halves but couldn’t make up for the slow starts.

Brunel University student Philippa Bowden, who was not part of the British team and was 17th in the British Championships at Highgate last year, had the race of her life to take well over a minute off her PB. She finished a delighted fifth in 32:33.10 having gone into the race with a pre-race target of 32:55 and that gave her a shock British silver.

Louise Small was delighted with her seventh place in 32:34.73 which was largely run off cross training and gave her British bronze.

“I’ve had a niggle and wasn’t sure I was going to run but my race plan paid off but I did not realise I was third Brit until the end,” she said.

The European Cup women’s B race was won easily by Romanian Roxana Barca in 32:30.97, as she ran well inside her suggested programme time of 33:45.

There was a big sprint for second, with Ukraine’s Viktoria Kalyuzhna coming from well back with 33:10.66.

Shona Heaslip of Ireland, who had been in the battle for second at the start of the last lap, finished sixth in 33:24.00.

The leading Briton in the race was Nicole Taylor who worked her way through the field with very even splits to finish 10th in a PB 33:53.44. Her Tonbridge team mate Lucy Reid was close behind in 11th in 33:58.73.

» See the May 24 edition of AW magazine for full coverage. A report on the men’s race can be found here