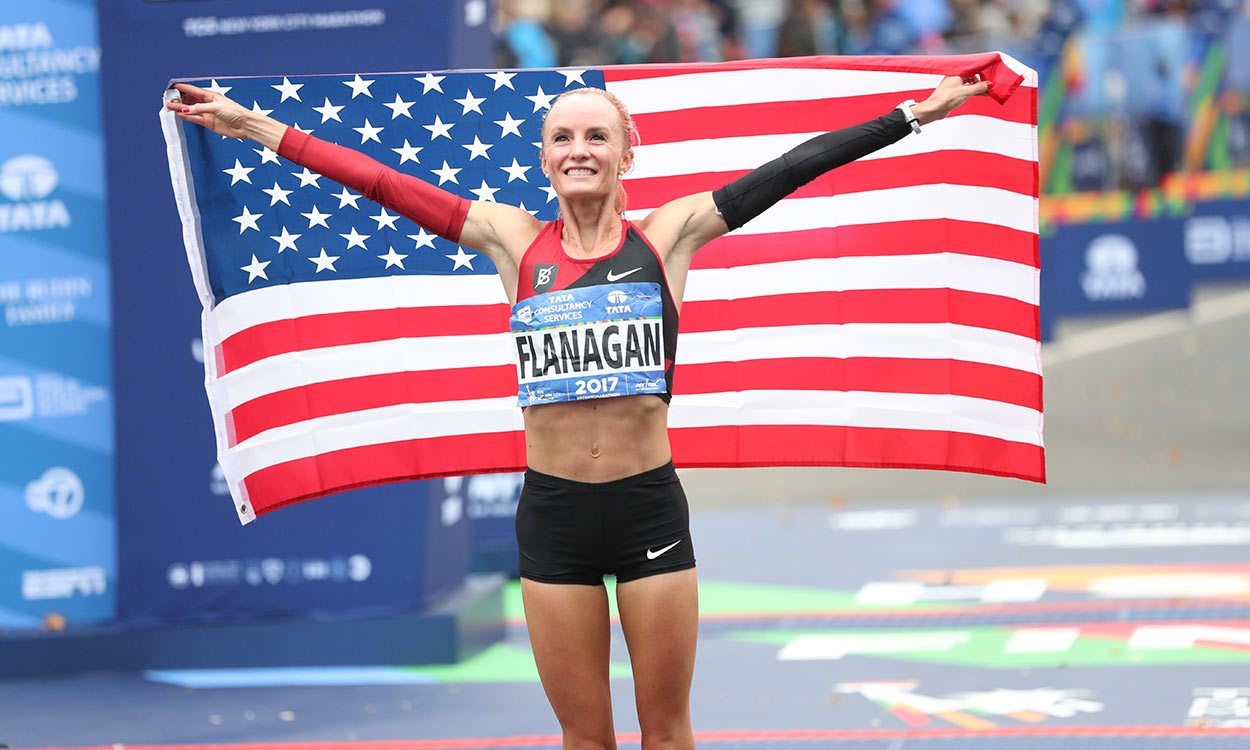 Shalane Flanagan and Geoffrey Kamworor are back in the Big Apple, while in-form Chris Thompson is among the Brits in action

Twelve months ago Flanagan became the first US woman to win the New York City event since 1977 and the 37-year-old faces a tough field on Sunday.

Keitany is a three-time winner in New York and women’s only world record-holder with 2:17:01, while Cheruiyot won in London in April in 2:18:31 and Desiree Linden took a popular Boston victory in awful weather in April.

On her decision to return to the New York event, Flanagan said: “When I crossed the finish line here a year ago I was unsure about my running future. I’d accomplished a lifelong dream and I was thinking, ‘what can top this? It’s really hard to top this, near impossible.’

“I wanted to give my home town marathon – Boston Marathon – one more go. I felt like physically and mentally I still had what it would take to go through the training and to compete at the highest level. But as we all know, Boston was cold, really cold, and I didn’t feel like I was able to execute the kind of race I’m capable of. It’s like studying for a test and you think you’re taking a history exam but then you’re given a math exam. I felt like that wasn’t a good representation of my athletic ability on that day.

“After Boston I sat in the unknown of not really knowing what to do next because I thought that would be the conclusion, the perfect ending – a really great race in Boston.”

Flanagan wasn’t sure if her heart and mind could go through the training again, to do what it would take, because she put everything into Boston. But after training through the summer, which also included her pacing Shelby Houlihan to an American 5000m record, she decided maybe she could do it.

“I said, ‘you know what? Maybe I have this. Maybe I still have the passion and the drive to continue’,” the 37-year-old added.

“I know it’s going to be so hard to top what I did last year but I still think there’s something to be said in still coming and doing what I love. It doesn’t necessarily mean I have to break the finish line tape for it to be a success for myself and for everyone else.”

Lagat is making his marathon debut and has his eyes on Meb Keflezighi’s US masters’ record of 2:12:20 and the 43-year-old leads the host nation’s men’s challenge with fellow American Abdi Abdirahman.

British eyes, however, will be on the performances of Thompson, Mellor and Davies. Thompson has been in terrific form lately, with victories on the roads in Glasgow and Portsmouth, and he could threaten his 2:11:19 PB, although New York is not known for having a fast course and there are no pacemakers.

“It’s nice to be here and feeling like I’m ready to be in a race,” said 37-year-old Thompson. “There’s no discussions about pacemakers or ‘what group am I going to go with?’ There’s so much unknown which I really like.

“I’m here to look at the other runners and try and beat them and I’m quite excited by that.

“I could be really happy with a 2:12 or really disappointed with a 2:12 run. It really depends on how the race goes. I think I’d judge myself more on how I perform in the race compared to the other athletes, rather than the time I run.”

Mellor will hope to build on his 2:12:57 breakthrough run in Berlin just over a year ago, while Davies, who turned 39 this week, will be attacking his PB of 2:15:11, which was set last year in London.

» British Eurosport 2 is showing the TCS New York City Marathon live from 2.15pm on Sunday November 4 for fans in the UK