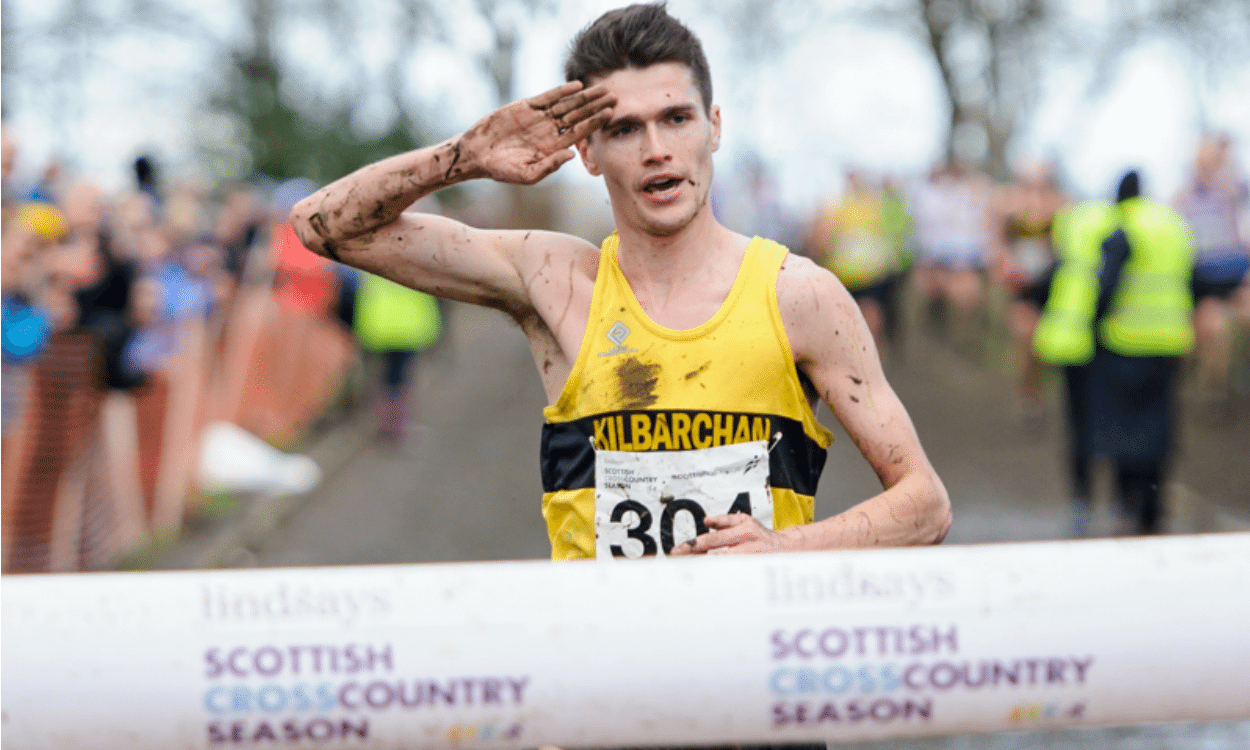 The Scottish half-marathon record-holder, who got his 2017 off to a stunning start by running exactly 60:00 at the Kagawa Marugame International in Japan at the start of February, led from gun to tape in what were classically testing conditions at the Callendar Park venue.

The sun did make an appearance as the final event of the day, the senior men’s race, got under way, but heavy rain and wind had meant the 10km course proved particularly tough going.

Hawkins looks in fine form, however, and the Kilbarchan athlete who last won this title in 2014 came home in 33:34, ahead of Dundee Hawkhill’s Kris Jones in 34:02 and Shettleston Harriers’ Lachlan Oates (34:52). Central AC lifted the men’s team prize for the seventh year in a row.

There was further success for the Stirling-based club in the senior women’s race, as they took both team and individual honours. Central’s Morag MacLarty won the senior title for the first time in convincing style, running 38:32 to see off Victoria Park Glasgow’s Beth Potter (39:39) and Lothian’s Sarah Inglis (39:50).

Aberdeen’s Broc Drury won the under-20 men’s title in 25:45 over the 7.6km course after a tremendous battle with Kilbarchan’s Euan Gillham (25:54) and Springburn’s Jamie Williamson (25:59), who were second and third respectively. The team prize went to Fife AC.

In the under-20 women’s race the honours went to Gillian Black of Victoria Park Glasgow, who won in 25:23 ahead of Forres Harriers’ Anna MacFadyen (25:36) and Kilbarchan’s Sarah Dempsey (25:57), while Kilbarchan also finished top of the team standings after the 6.8km event.

An impressive display of front running saw Edinburgh’s Freddie Carcas comfortably finish first in the under-17s men’s race. He ran 21:25 over 5.9km to clinch the win ahead of Inverclyde duo Ryan Gray and Cameron Watson, who came home in 22:24 and 22:26 respectively. The team prize went to Kilbarchan.

Giffnock North’s Hamish Armitt won the under-15 boys’ race over the 4.2km route, with another team prize captured by Kilbarchan. For the girls, Lily Jane Evans-Haggerty scooped first place for Victoria Park Glagow, while Giffnock took team gold too.

In the first events of the day, the under-13 boys title went to Harry Henriksen of Lasswade, who ran 10:44 for 3.2km with Inverness Harriers grabbing the team prize. Edinburgh AC were first girls team, with Fife’s Anna Hedley coming out on top in the individual contest.