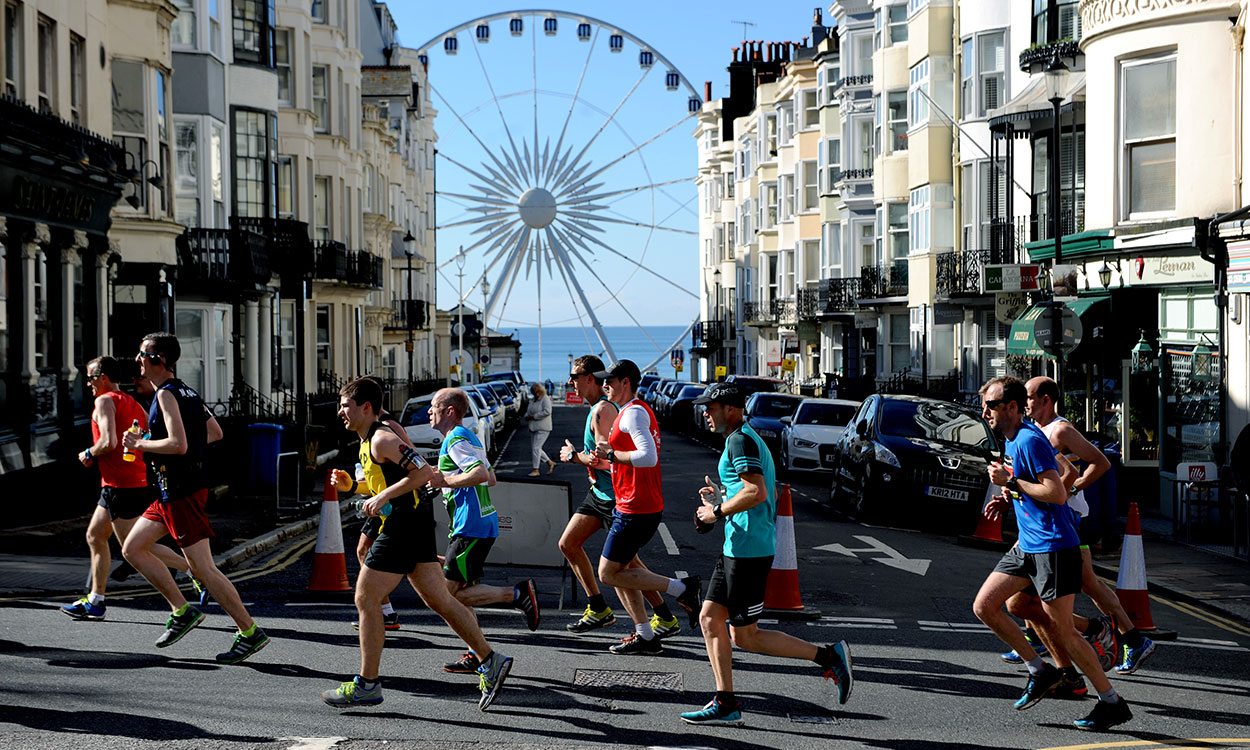 Competitive British fields will be in action for Brighton Marathon weekend

A number of British athletes will be looking to contest for the top prizes in both the marathon and 10km road races on Sunday (April 9) when Brighton Marathon weekend action takes place.

Jon Pepper, a Brighton resident and running for Brighton Phoenix AC, will return to the race at which he was first Briton home in 2013, placing eighth overall in 2:20:28.

Matthew Bennett, who hails from Southampton and has a marathon PB of 2:23:13 to his name, will be among his rivals and arrives in good form, having won the recent Bramley 20-mile event in 1:48.

All will have an eye on beating the best British time recorded on the course, with Dan Robinson having finished fourth in the 2011 event in a time of 2:19:11. The course record of 2:09:25 was set by Kenya’s William Chebor in 2014.

Among those in the women’s race is Ipswich Jaffa’s Helen Davies, who has a marathon PB of 2:34 and temporarily retired from the sport in 2013-14. She recorded her fastest half-marathon in four years recently when winning the Great Bentley Half Marathon and will be keen to show more strong form as she takes on her first marathon in five years.

She is likely to be challenged by Winchester AC’s Hayley Munn, whose fastest marathon came in 2014 when she ran 2:37:44.

Before the marathon gets underway on Sunday, the BM10k will see Sophie Cowper (34:14), who placed 23rd at the recent Inter-Counties Cross Country, as favourite in the women’s race, while Arena 80’s Caroline Hoyte is the quickest local athlete with a PB of 33:27 and she is fresh from a 35:53 win at the Eastleigh 10k.

Matthew Sharp (29:31) ran well on England duty in Bermuda earlier this year and goes into the BM10k as the man to watch. He forms part of an elite field also featuring local athlete Finn McNally, who runs for Brighton Phoenix AC and recently ran a 5km PB in Armagh of 14:28.

The weekend begins with the event exhibition on Friday and Saturday, while the Cancer Research UK Kids & Teens Mini Mile Races also take place on Saturday.