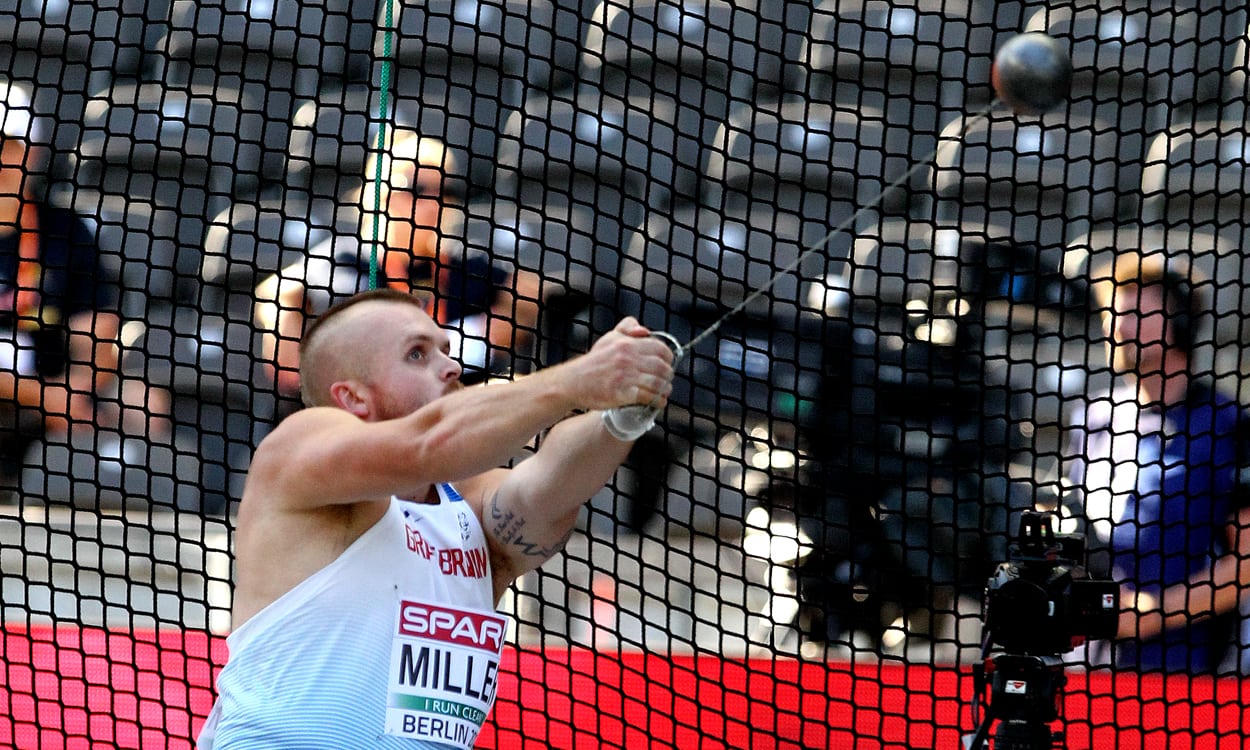 Nick Miller, Dan Bramble and Daryll Neita all made progress in Berlin but it was something of a stuttering start for the British athletes in action on the opening afternoon of the 2018 European Championships.

On what was dubbed “Day Q”, given that the session at the stunning Olympic Stadium consisted of qualification for a number of events, Commonwealth champion Miller made his way through to the men’s hammer final, but only just. 76m was the automatic qualifying mark or, failing that, a place in the top 12 guaranteed a place.

The Englishman produced a best of 73.79m, some way short of his season’s best of 80.26m, to finish 11th overall. Poland’s world and European champion Pawel Fadjek unsurprisingly topped the standings with a throw of 77.86m, which won Group A, while Hungary’s Bence Halasz won Group B thanks to an effort of 76.81m. Britain’s other representative, Chris Bennett, did not progress after a best throw of 70.57m.

“My coach (Tore Gustafsson) told me after my first throw, ‘OK, you’re in the final’ and then stupidly I went to sleep and luckily nobody else in the field passed it,” said British record-holder Miller. “I wasn’t nervous, everything is good and I am into the final.

“Normally I am the best in qualifying, first throw and I am straight through, and then normally I am a bit tired the next day. Hopefully, as it wasn’t so good today, it will be strong in the final tomorrow.”

In the absence of reigning champion Greg Rutherford, it was left to Bramble to lead the British charge in the long jump. He left it late, but his final-round effort of 7.89m sealed him a spot in the final. Team-mate Feron Sayers, who managed a best of 7.68m, won’t be joining him, however. Neither will Ireland’s Adam McMullen, who notched 7.47m. Greece’s Miltiadis Tentoglou went furthest with 8.15m.

“I did what I needed to do, so I am happy,” said Bramble. “It was a bit tricky, and not as straightforward as I thought it would be. Adjusting to the run up in the three rounds I had was a bit tricky but we got there and I am into the final.”

The 100m was the only women’s event to be staged on the first day. The more loaded second heat was won, to the home crowd’s delight, by Lisa Marie Kwayie in 11.30. Poland’s European under-23 champion Ewa Swoboda was second in 11.33 and the Netherlands’ Nicola Sedney third in 11.45 just ahead of a below-par Neita, the only British 100m runner, male or female, who did not get a bye to the semis.

“That’s all that matters (reaching the semi-final),” said Neita. “I’ve made it hard for myself now but I have got to fix it up tomorrow. I felt really good coming into the race, really good.” 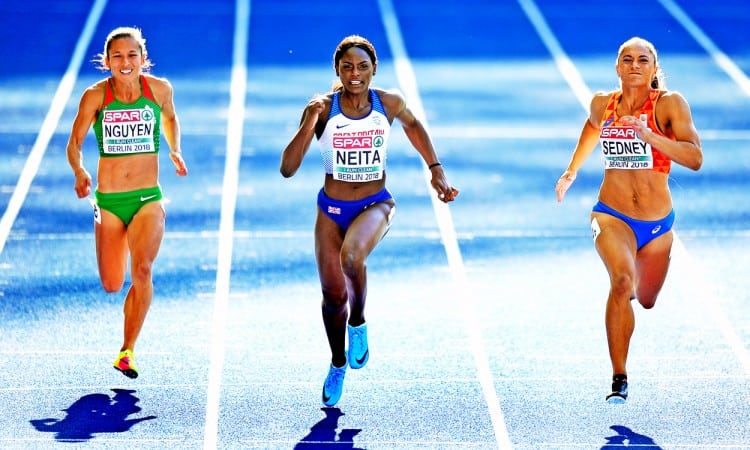 Norwegian Ezinne Okparaebo won the first heat from lane one in 11.44 while the 2012 European silver medallist at 200m Khrystyna Stuy, who has run 11.20 this summer, looked to be injured and collapsed to the ground just after halfway. The final heat was won by Switzerland’s Aija Del Ponte in 11.39, with Ireland’s Phil Healy bagging an automatic spot with her second place 11.44.

The 400m hurdles was a tale of disappointment for the Britons involved. Captain Dai Greene had been hoping to be making his return to major competition following a lengthy battle with injury but, after his hamstring tightened during the warm-up, he was unable to to take to the startline.

Seb Rodger did compete but failed to qualify for the semi-finals after running 51.30 for fifth place in heat 2.

“It has been quite a struggle to get myself fit for this,” he said. “Ever since the trials I have had trouble with my Achilles which is bit of a nuisance. I was really trying to play catch-up here. Unfortunately I couldn’t get it right leading up to this competition which showed on the day.”

Frenchman Victor Coroller qualified quickest from the heats with a run of 50.10.

The men’s shot put qualifying finished the day off and took place away from the stadium, at the Breitscheidplatz in the centre of Berlin.