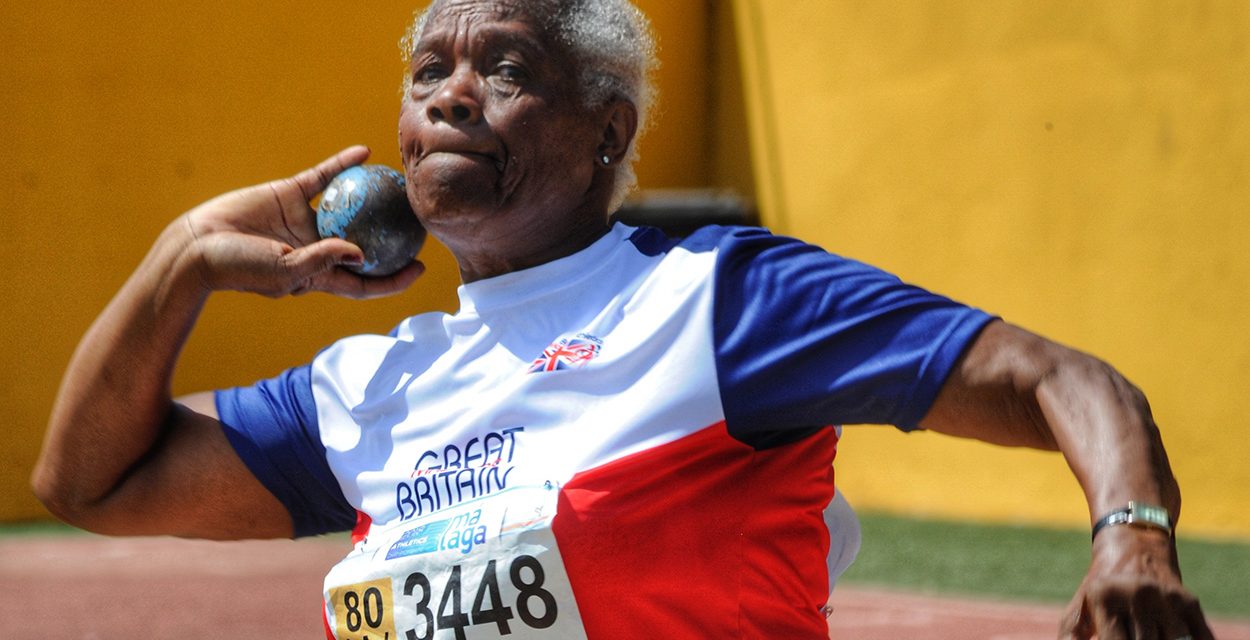 The Euro event is in Venice from September 5-11 when around 500 Brits will make the trip.

Many world champions from Malaga in 2018 are in action along with others entering new age groups.

One of those is the 1970 Commonwealth discus champion Rosemary Chrimes who, after moving into the W85 age group, makes her first appearance for five years and goes in three throws and the high jump.

Her first major championship was the 1958 Empire Games in Cardiff.

Going further back, 1956 Olympic Games steeplechase eighth-placer Eric Shirley is entered and will seek to retain his M90 title over 400m. He is not the oldest competitor, though, as Dalbir Singh Doel, who is 92, goes in the 100m before clashing with Shirley over 200m.

Another octogenarian, Evaun Williams, who took four W80 throws golds and a clutch of world records in Malaga, will seek to do the same here.

Some of the older athletes are gluttons for punishment and Tony Bowman is entered in eight M80 events from sprint and hurdles to throws and jumps.

Multiple world record-holder Steve Peters returns in the M65 sprints, but one of his British best times could be under threat in the M50 200m as Darren Scott moves up an age group. TJ Ossai looks set for M40 sprint golds.

Michelle Thomas will seek to retain her W45 titles, while the W65 sprints will be keenly contested between Helen Godsell, Caroline Powell and Caroline Marler, all of whom have taken international titles.

The men’s distance races have seen greater participation in recent years and the M50 5000m has Ben Reynolds and Gordon Lee in action, while the M75 group sees Martin Ford and Peter Giles on duty.

Record holders Irie Hill and Mark Johnson go in the over-50s pole vault, while Wendy Laing looks good for W55 high jump retention and is also down for a sprint, long jump and shot tilt.

Double M45 world champion Jason Carty should see off 110m hurdles favourite and title holder Joe Appiah in the 100m, before doubling up with the 200m.

Also in the hurdles, Neil Tunstall defends his M55 title, while double W60 world champion Jane Horder is up for another two golds, as Emily McMahon will look to retain her W65 100m hurdles crown.

Some athletes are keeping their powder dry for Venice but Angela Copson makes an appearance in the W70 1500m before committing to more events at the major championships. Dave Bedwell defends his M65 title.

Kevin Murch spends much of his time coaching these days but took two M55 throws golds last year. After moving up to the M60 group he will challenge holder John Fenton in the javelin as well as tackling the four other throws.

The walks should again see Ian Richards dominate and provided he stays well away from disqualifications he could be on target to set a couple of new records in the M70 age group.

» See the August 15 edition of AW magazine for coverage