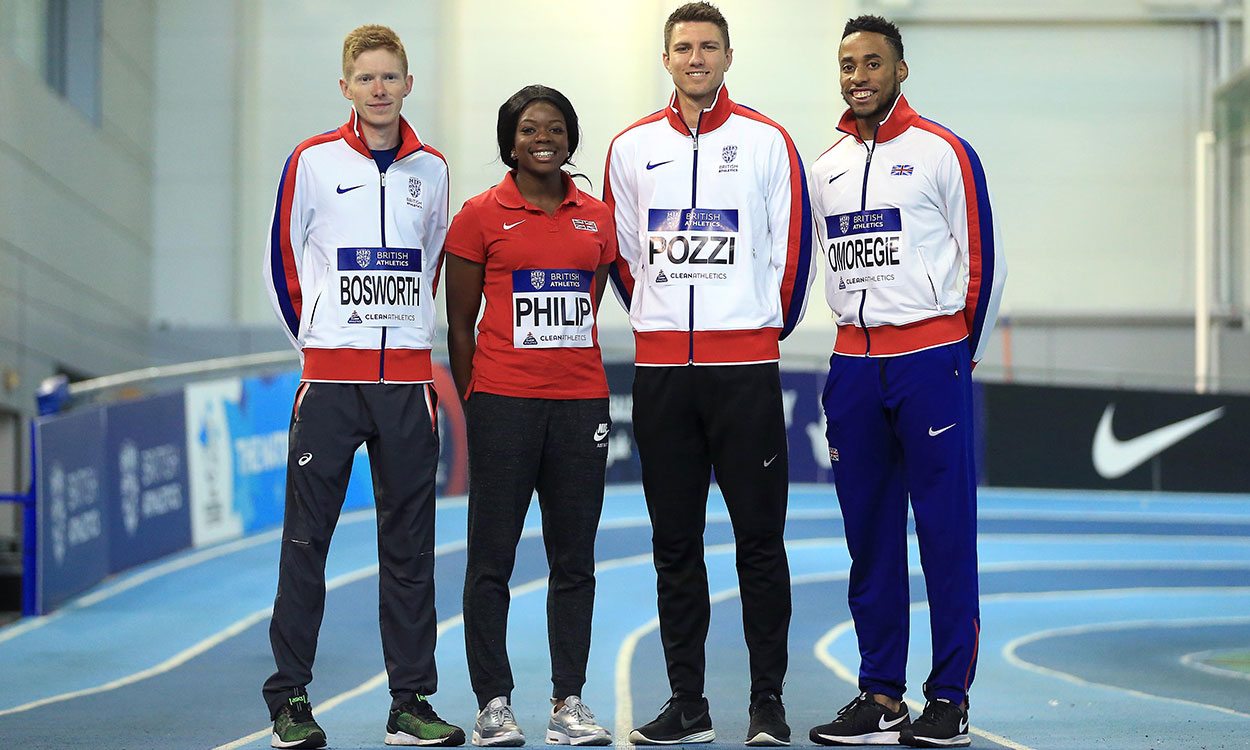 A look ahead to the British Athletics Indoor Team Trials, where British titles and places for the European Indoor Championships are up for grabs

Top competitors at the British Athletics Indoor Team Trials in Sheffield this weekend (February 11-12) will have their eyes on selection for next month’s European Indoor Champs in Belgrade.

Though how many will make it is debatable. The standards set by British Athletics indicate the team will not be particularly large and potential finalists could be left at home.

Here we take a look ahead to the action. For a more in-depth preview, including details on European qualifiers and leading British marks, see the February 9 edition of AW magazine, which is available to buy and read digitally here.

The men’s 60m hurdles should be the highlight. Andrew Pozzi returns from his superb 7.44 in Germany and the also qualified David Omoregie and David King are entered.

“I’ve done this event for the last three years and always medalled so I’ll try and do the same tomorrow, enjoy the experience and execute a good race,” said Omoregie. “It’s a stepping stone towards the European Indoors.”

The 400m could see a repeat of the Scottish Championships where Callum Chalmers beat Jamie Bowie, while Guy Learmonth will start a big favourite in the 100m after his recent pair of low 1:47s. The 1500m looks a quality event with time-qualified Tom Lancashire taking on James West and James Brewer.

Robbie Grabarz should dominate the high jump, despite not having competed yet in 2017. However, he is coming back from an appendix operation. A 5.78m pole vault qualifying mark suggests Britain will not be represented in Belgrade as Luke Cutts starts the marginal favourite.

Dan Bramble and Julian Reid are among those contesting horizontal jumps events, while in the shot, Scott Lincoln is likely to be a class apart.

The women’s 60m field is headed by double world indoor finalist Asha Philip as top-ranked Dina Asher-Smith is not entered.

The 1500m features Sarah McDonald and Eilish McColgan, who is looking to double up and also take on the 3000m. That event is also set to include Emelia Gorecka, Jess Judd, Steph Twell and Elinor Kirk.

Cindi Ofili should rubber stamp her 60m hurdles selection and Katarina Johnson-Thompson is also entered in this event. With no Bethan Davies, the 3000m walk will likely be between Gemma Bridge and Heather Lewis.

Morgan Lake starts as the favourite in the high jump. In Holly Bradshaw’s absence, there will be no pole vaulters in Belgrade but there should be long jumpers with an entry of Jazmin Sawyers, Lorraine Ugen and Johnson-Thompson all confirmed in Sheffield.

Alexandra Russell is favourite in the triple jump based on 2017 form, while Rachel Wallader should be dominant in the shot.

» The action begins at 12:15 on Saturday, with Sunday’s events getting underway at 12:00. Fans in the UK can watch live on the BBC Sport website

» See the February 9 edition of AW magazine, which is available to buy and read digitally here, for a more in-depth preview