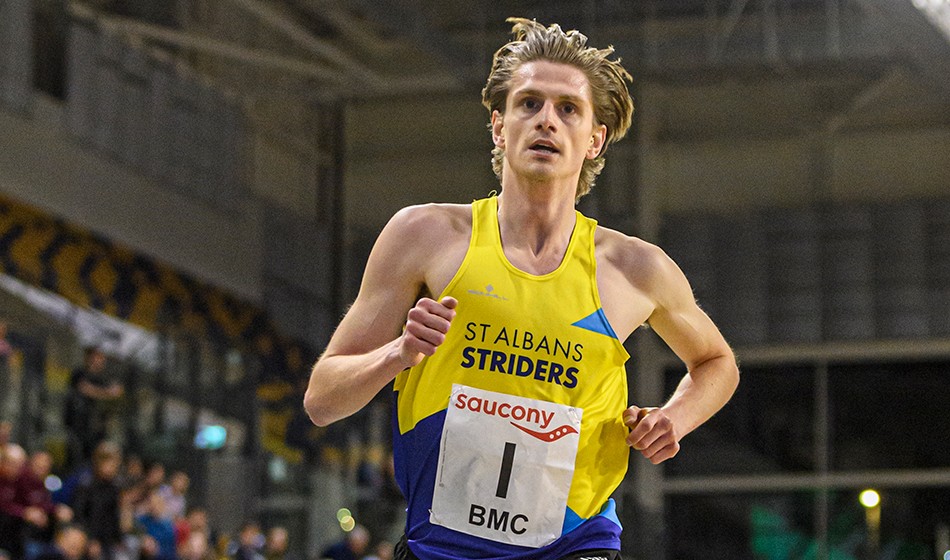 Athletes will compete remotely from June 18-21, raising money for the charity MIND

The first event, the ‘Bannister Miles’, was held from May 4-6 and proved to be a pulsating affair as Piers Copeland emerged as the fastest male (4:02) and Lilly Coward the quickest female (4:38).

The 1km time trial held at the end of May also produced some quality performances, with European under-20 800m champion Oliver Dustin sharing the top spot at 2:19 with Archie Davis and James Young, while under-15 Keira Brady-Jones’ 2:36 remained the fastest women’s time ahead of Beth Kidger’s 2:39.

Elms again impressed with a 3:00 return. Jake Minshull and Roman Hodgson starred in the under-15 race, both running 2:29 after also sharing top ranking in the mile (4:25).

“In these challenging times we are impressed both with the standard of the competition and the way the athletes have conducted themselves within social distancing guidelines, as well as raising almost £2500 for charity,” said BMC chairman Tim Brennan.

The chosen charity for the 3km event is MIND, which provides advice and support in order to empower anyone experiencing a mental health problem.

As well as campaigning to improve services, the organisation raises awareness and promotes understanding of mental health as an issue of diversity. The BMC encourages those who intend to compete to give what they can and would like to express thanks to those who have donated already at justgiving.com/fundraising/british-milers1

Event organisers Steve Green and Matt Long tell AW that the event has already proved popular, with 500 entries in the first week. Entries will close on June 16 or when the limit of 1650 is reached.

Further information and the entry link can be found at britishmilersclub.com

It was the moment Cathy Freeman passed into legend.