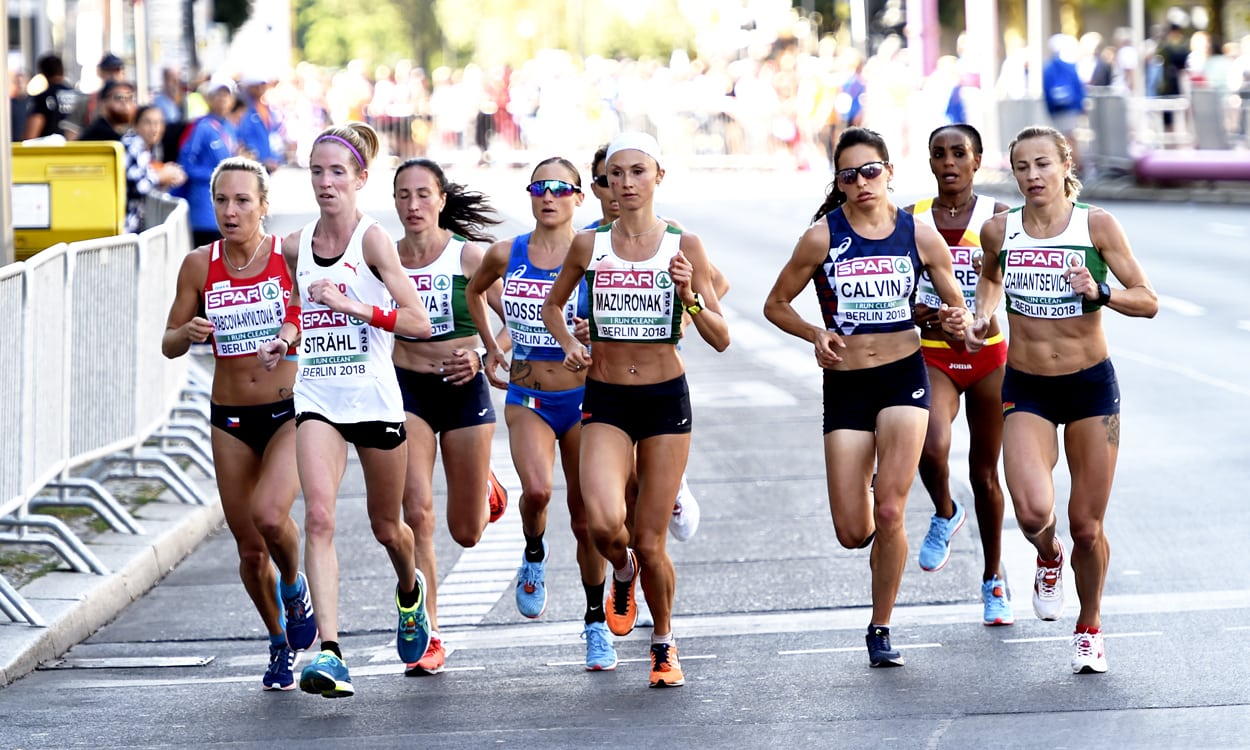 For most of the race the Belarusian, who had a 2:23:54 PB and was fifth in the 2016 Olympics, controlled the race, but despite constant surges she only got away in the final kilometre to win by eight seconds.

France’s Clemence Calvin, who had a great battle with Britain’s Jo Pavey in the 2014 European 10,000m, made a sensational debut to match her silver medal from Zurich four years ago with a time of 2:26:30.

Nordic skier Eva Vrabcova-Nyvltova, who was fifth in the 30km Winter Olympics event in 2014, also had a great breakthrough at her second sport with her 2:26:31 for bronze being a Czech record and three-minute PB.

With three in the top five, Belarus won the team event with ease. Maryna Damantsevich was fourth in a 2:27:44 PB and Nastassia Ivanova fifth in 2:27:49.

Mazuronak, who ran the second half of the race in a swift 72:22, even survived a scare late in the race when she briefly went the wrong way when going toe to toe with Calvin.

Britain’s Tracy Barlow ran a steady race – she was 11th at half way in 75:34 and like most of the field slowed as the temperatures rose during the second half and finished 15th in 2:35:00.

Charlotte Purdue ran well up to 10km (35:18) but dropped out shortly afterwards.

In the men’s race, Belgium’s Koen Naert pushed on over the final 10km and eventually claimed the title with a clear victory in 2:09:51, breaking the championship record. 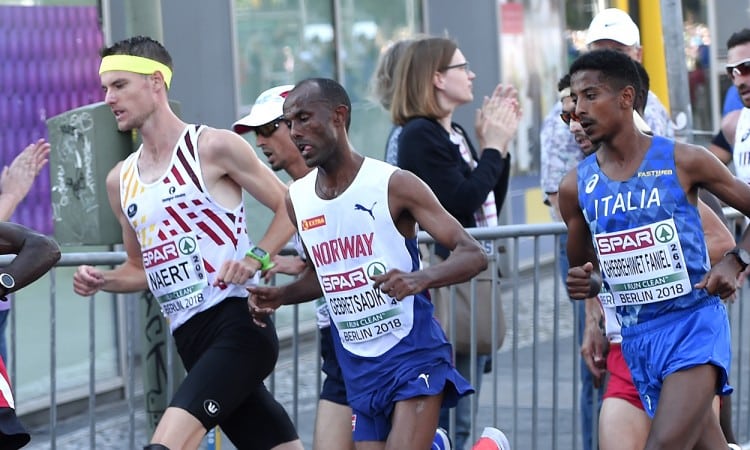 Tadesse Abraham secured silver for Switzerland in 2:11:24, while Italy’s Yassine Rachik got the bronze in 2:12:09.

Britain was not represented in this event and when announcing the GB team in April, the national governing body had said: “The British Athletics selection panel did offer three male athletes who had achieved the qualification standard the chance to compete in Berlin but these were declined.”