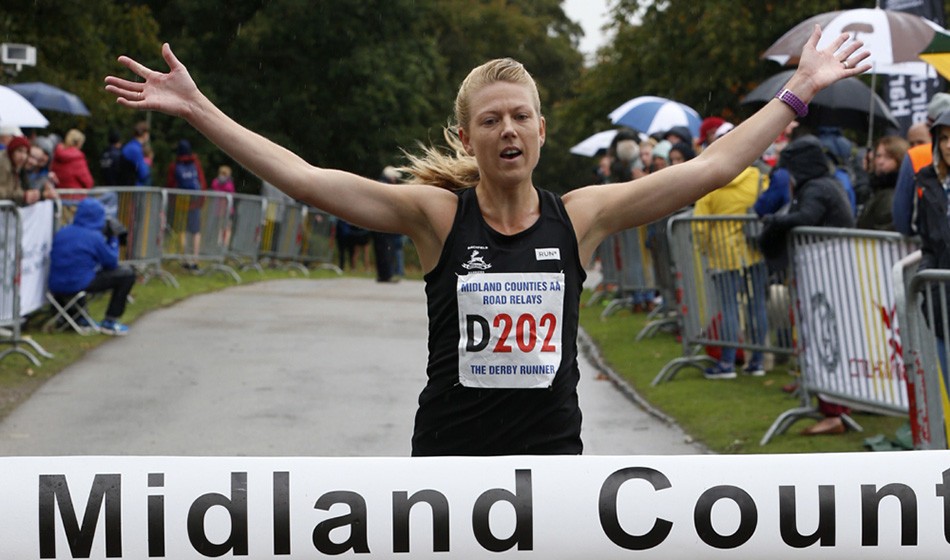 Birchfield Harriers won both senior men’s and women’s Midland Area Road Relay Championships titles on a damp day after leading for most of their respective races, writes Martin Duff.

The Stags had started the day well by winning the under-13 girls’ championship as six different clubs took age-group titles at Sutton Park.

Birchfield’s retention of their senior women’s title followed an opening first-stage victory by Tamara Armoush, which was the quickest leg overall, while Mel Newbery for second-placed Bristol & West also had a strong run.

Birchfield’s men also led throughout after Will Richardson gave them a first leg lead that they never relinquished, going on to win from Tipton Harriers and Cheltenham by more than two minutes, with Alex Tovey (pictured below) crossing the finish line for the winning team.

It was their first victory here since 2009. 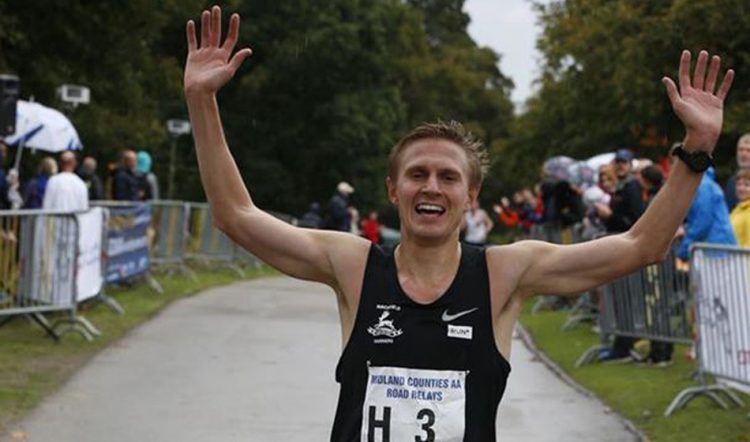 The early results for the under-13 and under-15 age groups went ahead without much of a hitch but subsequent races were plagued by what some officials called recording errors.

Even by late on Saturday evening no results were available and no fastest lap medals were presented on the day.

Earlier in the day, Cardiff AAC had claimed under-17 men’s and women’s victories, with wins in the younger age-groups shared between Menai Track & Field and local club Carmarthen Harriers.