Birchfield add to league-winning streak with maximum points in Cardiff 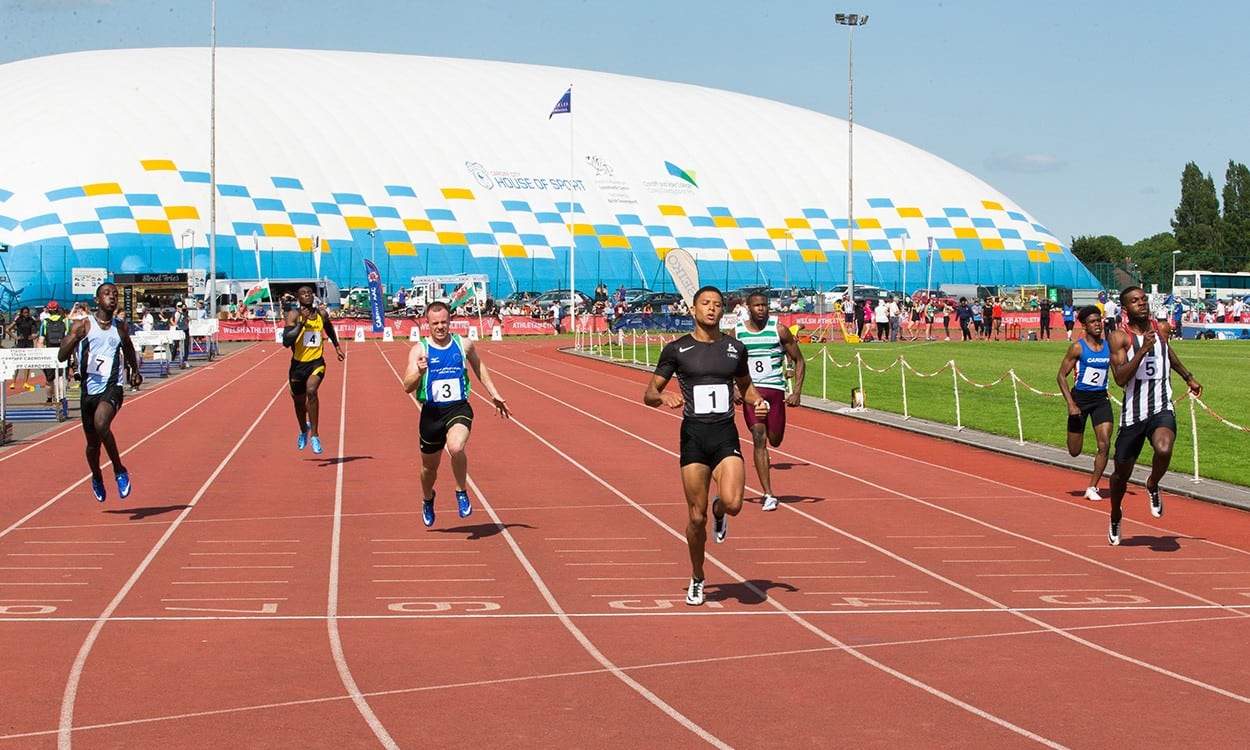 Birchfield Harriers added to their league-winning streak with maximum points at the Premiership match in Cardiff on Saturday, Alex Donald reports.

The Harriers have now won the last eight fixtures in the Premiership of the British Athletics League and have been champions since 2015.

Shaftesbury Barnet Harriers were the next best on the day and began to claw back at City of Sheffield & Derne AC who settled for fourth in the Welsh capital but maintain their second position in the league.

Phil Norman dipped under nine minutes by less than a second for 3000m steeplechase glory and later added a win in the 1500m of 3:51.42 to score valuable points for Woodford Green with Essex Ladies.

Woodford also completed a sprint hurdles double with Cameron Fillery and Jack Lawrie taking A and B race victories in 14.08 and 14.97 respectively.

Seb Rodger ran a perfectly judged 400m hurdles race to claim his third win of the season following victories at the Loughborough International and Stateside in Berkeley, California. The Shaftesbury Barnet athlete stopped the clock in 49:95 ahead of Chris McAlister of Thames Valley Harriers in 50.79.

Luke Cutts of Sheffield & Dearne repeated his pole vault win from when his club played hosts in early May. This time with a winning mark of 5.03m.

Dan Bramble leapt to 7.70m in the black and white of Shaftesbury Barnet, two months on from finishing fifth in the long jump at the Commonwealth Games on the Gold Coast for England.

Brett Morse was a winner once again in the discus, this time with a mark of 58.52m . The Olympian remained unbeaten at the discus in league competition through the 2017 season and was also the victor in Sheffield last month.

Birchfield, however, were dominant through to close of play with victories in both the 4x100m and in the 4x400m where they came agonisingly close to the illusive 40-second mark.

Club captain Reid was clearly delighted with his team’s unfaltering performance saying: “The 100m and the 200m was good. The sun’s out so that helped and the organisation was fantastic.

“Obviously we are going to try to win the league again and go to Europe. We are a big family, we are all best friends and we all want to push each other.”

Team manager Dave Lawrence added: “We have a fantastic bunch of athletes that all get on. We have a nice time as well as being competitive. We’ve had at least half a dozen PBs today.

“There’s been some great victories, some wonderful sprinting and some fabulous relay performances. We’ve just run 40.30 from lane one. We’re going to get under that 40 seconds this year. I don’t know when but we will do it.

“I’ll also mention James Thie in the commentary box. So often there’s so many great things that go on and nobody knows but he brought it all to life today.”

Meanwhile, Cardiff AAC celebrated their club’s anniversary with a dominant display that culminated with victory in their League 1 match of the UK Women’s League.

The local team led by just a point early in the afternoon but were able to build a lead that saw them safe at the top of the results table before the final event.

Shaftesbury Barnet were comfortable in second place followed by Woodford Green with Essex Ladies in third.

Margaret Adeoye of Enfield & Haringey dipped under 12 seconds with 11.97 for 100m A race victory. Maltese international and Rio Olympian Charlotte Wingfield claimed a 200m win for the hosts with 24.32.

Amy Allcock took maximum points for Crawley over one lap of the track with 53.61 and there was a runaway winner in the 800m as Revee Walcott-Nolan claimed a 2:08.24 victory for Woodford Green.

Cardiff’s Ffion Price (pictured below) is always happy to do her bit for her club and this time that meant 1500m glory by less than a second from Shaftesbury Barnet’s Naomi Taschimowitz who had her own chance for a win in the 3000m. 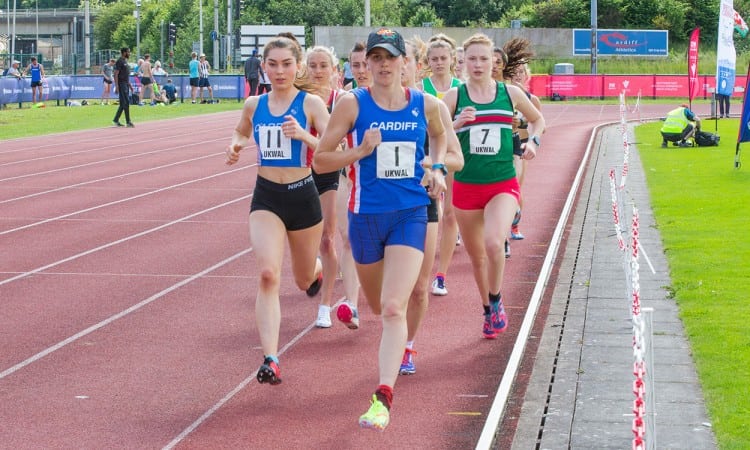 Rebecca Chapman was a comfortable winner in the long jump for Cardiff with a best jump of 6.30m and team mate Sally Peake finished on top in the pole vault with 4.00m.

Shaftesbury Barnet finished the meeting with a show of strength in the 4x400m relay and a new Division 1 record of 3:39.62.

Cardiff AAC’s team manager Sharon Heveran shared her thoughts on the day, as her team began to celebrate their success, saying: “Sally Peake was outstanding in her first match since coming from Birchfield to Cardiff. She won the pole vault and did amazingly in the triple jump.

“Young Meg Hodgson, another pole vaulter, did really well and had two PBs. Charlotte Wingfield was outstanding in the 100m, 200m and the relay and Abi Fisher was great in the 3km as well.”

She added: “We were so close to promotion last year and I think this year we’ve definitely got to do it. For the next match now it will be just so positive.”

More on UK Women’s League Premier Division match action in Eton, including a Scottish 200m record by Beth Dobbin, can be found here.

» See the next edition of AW for coverage