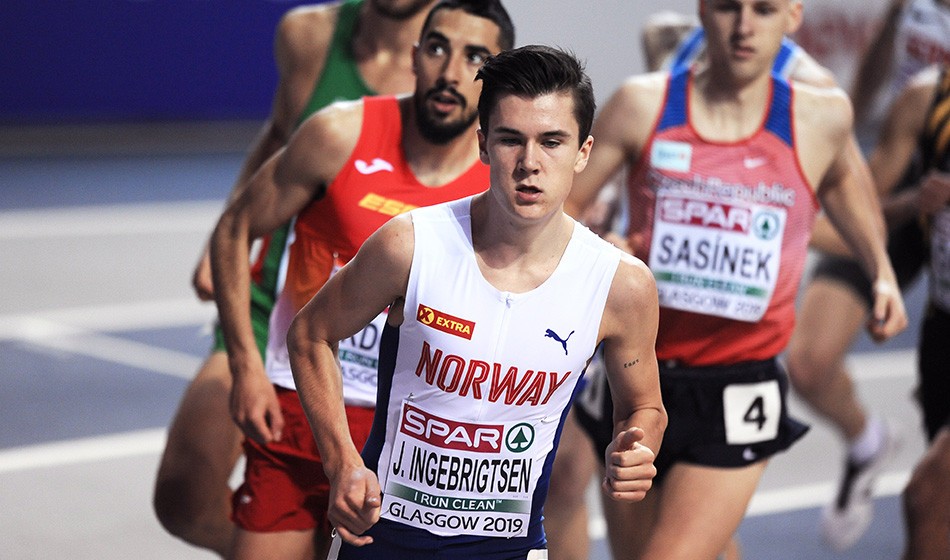 A look ahead to the Diamond League meeting in Oslo, where Norwegian stars Jakob Ingebrigtsen and Karsten Warholm are among those in action

A stadium where 69 world records have been broken since 1945 looks like staging another top-class Diamond League event as the series moves on to the Bislett Games on Thursday.

In the 100m, world indoor 60m champion Christian Coleman will be looking to continue his great form after his season-opener of 9.86 in Shanghai. Usain Bolt’s track record of 9.79 may be a stretch this early in the year, but he will be pushed by fellow American Mike Rodgers, plus Brits Reece Prescod and Chijindu Ujah and Italy’s up-and-coming Filippo Tortu.

Another highlight will be the men’s pole vault where last year’s world No.1 Armand Duplantis, the current AW cover star who has already gone over 6.00m this year, takes on world champion Sam Kendricks and European champion Pavel Wojciechowski.

World junior 400m hurdles record-holder Sydney McLaughlin will compete in her main event in a Diamond League for the first time. The athlete rated to be America’s next female track and field star was second in the flat 400m in Shanghai and here takes on Olympic champion Dalilah Muhammad and European champion Lea Sprunger.

The women’s 100m hurdles features Norwegian record-holder Isabelle Pedersen, plus Diamond League leader Sharika Nelvis and Olympic champion Brianna McNeal, while in the women’s 200m, world champion Dafne Schippers goes up against Gabrielle Thomas and Jenna Prandini of the US.