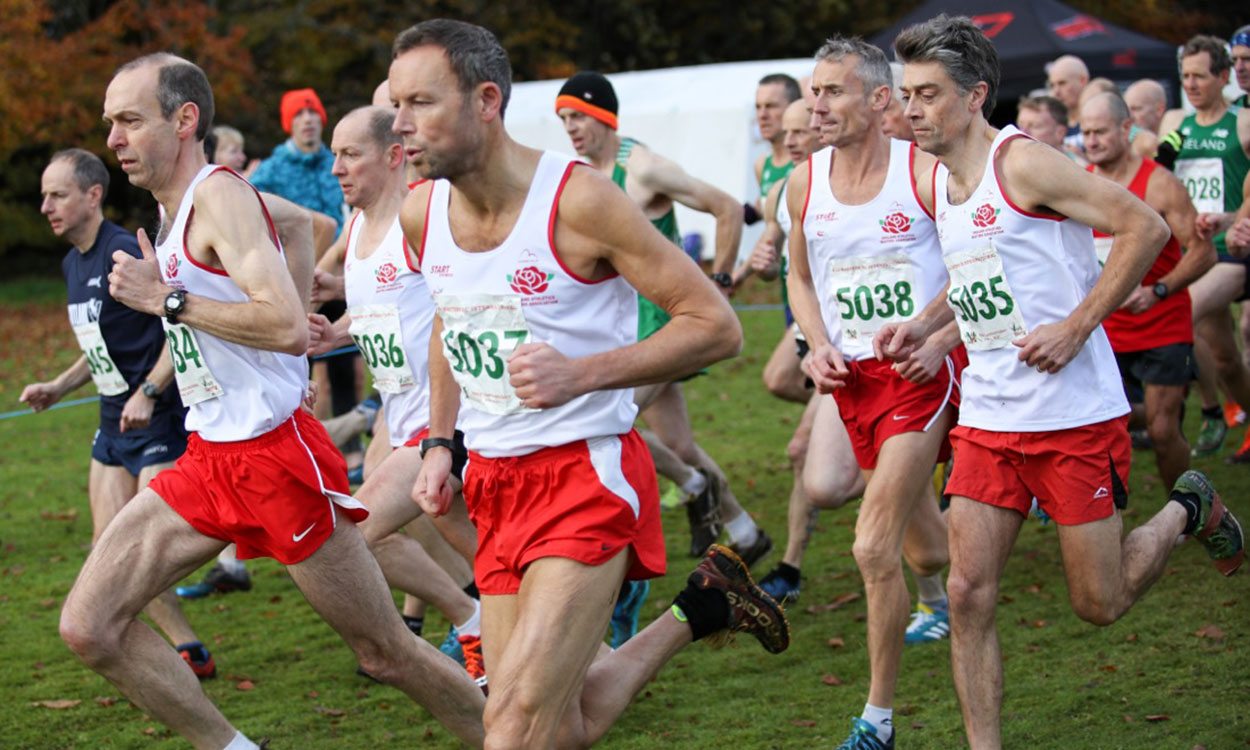 If a certain Danish brewery did cross country they probably could not have bettered the 30th British and Irish Masters Cross Country International in Derry-Londonderry, Northern Ireland, reports Malcolm McCausland.

Unusually for the meeting, the sun shone brightly as over-40s dominated the feature race for the 35-49 age group on a fast and flat parkland course.

No-one could respond to a stunning injection of pace by Ireland’s Brian Maher on the penultimate lap as he moved away for the outright victory in the 8km race. England’s Phil Burden was first M35 across the line, while compatriot Paul Green claimed the M45 crown.

It was England again as Ben Reynolds (pictured) was the outright winner of the 50-64 race, taking the M50 title, and Andy Tindall saw off the M55 opposition. It was left to Ireland’s Martin McDonald to break the English domination with a convincing win in the M60 age group.

It was a green victory too in the combined women’s and master men over-65 contest, with F40 Claire McCarthy leading the field home. Scotland’s Katie White was leading F35 in second spot, while England’s Gail Griffiths took the F50 title and another Scot, Fiona Matheson, continued her winning streak in the F55 competition.

England’s Nick Rose (M65) and Northern Ireland’s Jim Patterson (M70) were among the winners in the men’s older age groups.

All results provisional at the time of publication.